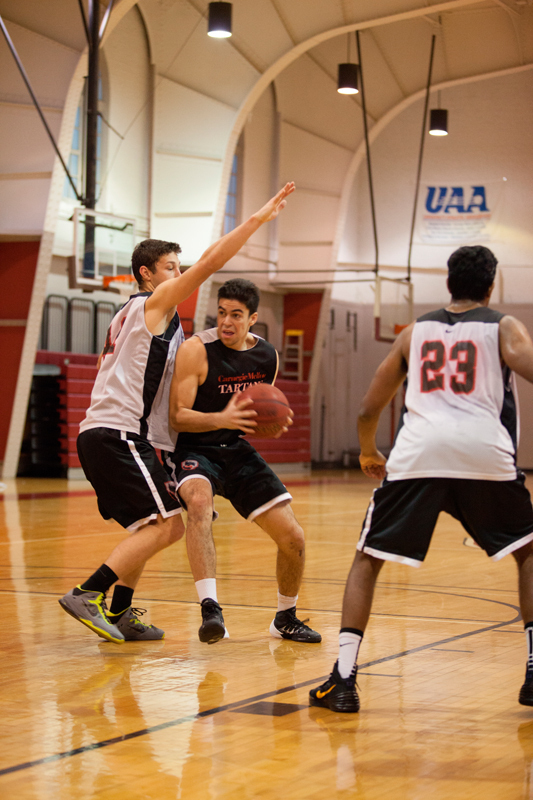 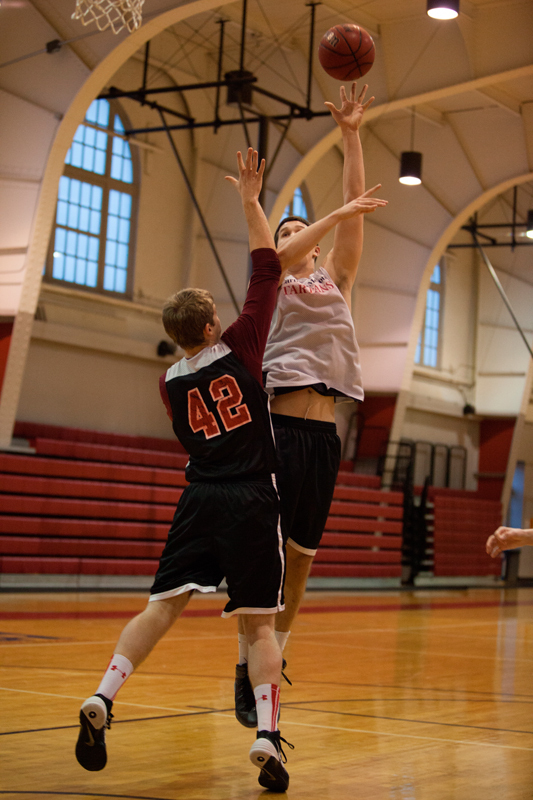 After a promising 4–0 season start, an up-and-down run has left the Carnegie Mellon men’s basketball team at 8–5 halfway through the season. Senior guard Christian Manoli has led the charge, averaging close to 18 points and 7 rebounds per game, including a career-high 32 points against Emory University on Friday in the team’s first conference victory. That game and a heartbreaker to Case Western Reserve University — a game in which CMU led by nine points with under four minutes remaining — leave Carnegie Mellon 1–1 in conference play.

Friday’s game against Emory showed the Tartans’ ability to make adjustments. The first half was a back-and-forth struggle with eight lead changes in the first nine minutes. An Emory run put the Eagles up 33–24, but after that it was all Carnegie Mellon. Down by a point going into halftime, the Tartans scored eight of the first 10 points in the second half. Later, senior guard Asad Meghani scored seven consecutive points, and Carnegie Mellon was in the driver’s seat, taking the final lead after Manoli converted an and-one to put Carnegie Mellon up 75–73 with four minutes left.

Manoli’s consistent shooting (7–13) and impressive showing at the free throw line (18–21) took Carnegie Mellon to a 95–83 win, sealing the Tartans’ first conference win of the season.

The men’s team pulled out a 76–60 victory against the University of Rochester in an away game on Sunday, gaining ground in the second half after facing a 13-point setback prior to halftime. Rochester didn’t give up easily when the Tartans made a return. The teams played neck and neck for the remainder of the game; with barely over a minute left, the Tartans went 6-for-7 from the foul line to pull the win.

Loebbaka was named a member of the Division III NCAA Student Council. He is only the third member from the UAA to receive the honor.

Carnegie Mellon women’s basketball is also having a strong season. Despite a recent 0–2 stumble in conference play, including an overtime heartbreaker to Emory, the team stands overall at 9–4 midway through the season. First-year center and forward Lisa Murphy has been outstanding, scoring 20 points and corralling nine rebounds per game to this point and nabbing two UAA women’s basketball Athlete of the Week awards. The women’s team is undefeated on its home floor — a trend the women are hoping to take into the spring, as their remaining 12 games are all conference clashes.

The women found less success than the men Friday night as they were outlasted by the ninth-ranked Emory in overtime. With Emory coming into the contest undefeated, Carnegie Mellon never backed down and traded blows with Emory the entire contest. Both teams traded runs and leads and, by the end of regulation, there was nothing to separate the two squads.

With a tie at the end of regulation, Emory had a chance to win the game with two free throws. However, both free throws missed. At the end of a back-and-forth overtime, with the score tied 68–68, junior guard Gabrielle West missed a potential game winner. On the ensuing rebound, a foul caused Emory to get a second chance to win the game with free throws and less than a second remaining on the clock. This time, both free throws sank, and Carnegie Mellon’s strong effort had to go down as a loss.
Murphy rose to the occasion, scoring 36 points and collecting 14 rebounds in an outstanding individual performance, despite the loss.

The women’s team also won Sunday against Rochester, but in a much closer contest.

Beating Rochester 71–70 with a jumper shot by sophomore forward Liza Otto in the last 30 seconds of the game, the Tartans fought a tight battle the entire time. The teams stayed neck and neck, trading points and the ball almost equally until the last half-minute. Overall, the women shot a respectable 43 percent from the floor.
The team was led by Otto, Murphy, and senior guard Jacquie Shaw.