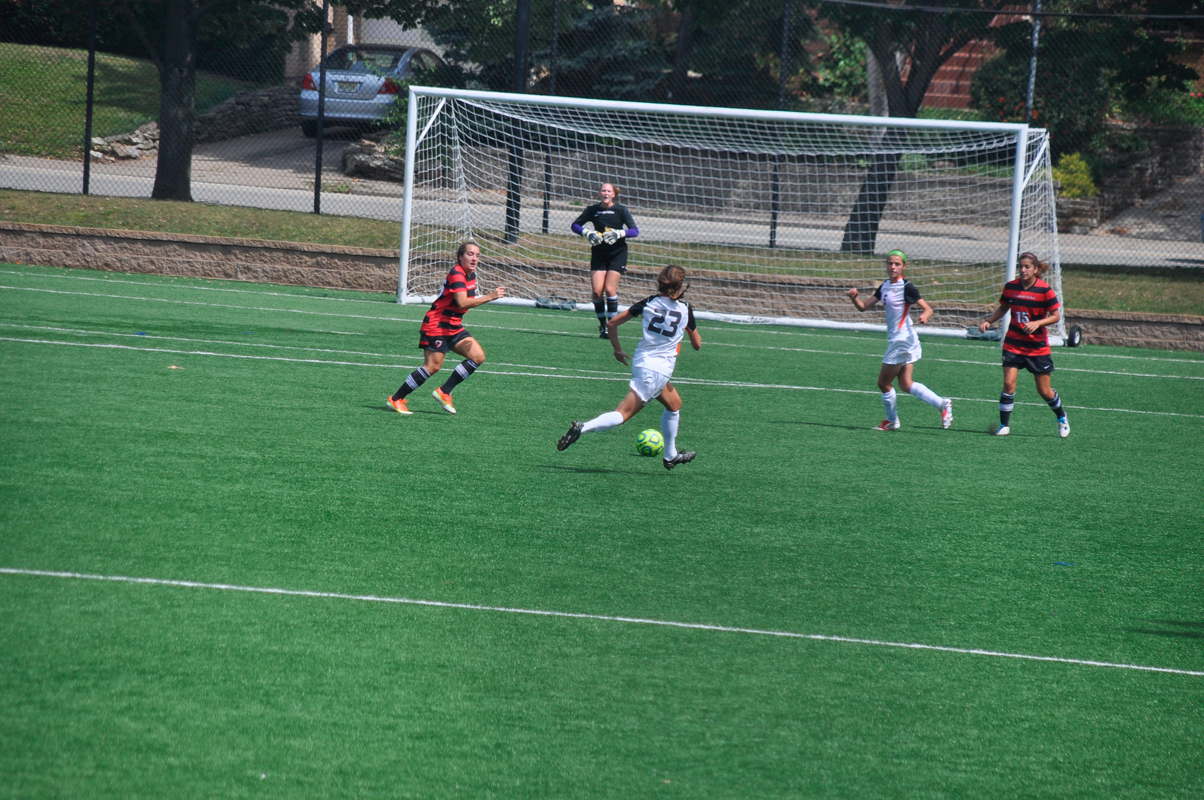 The Tartans tied with the Polar Bears, 1–1, in the first game of the Carnegie Mellon DoubleTree Tartan Cup. (credit: Staff Photographer) 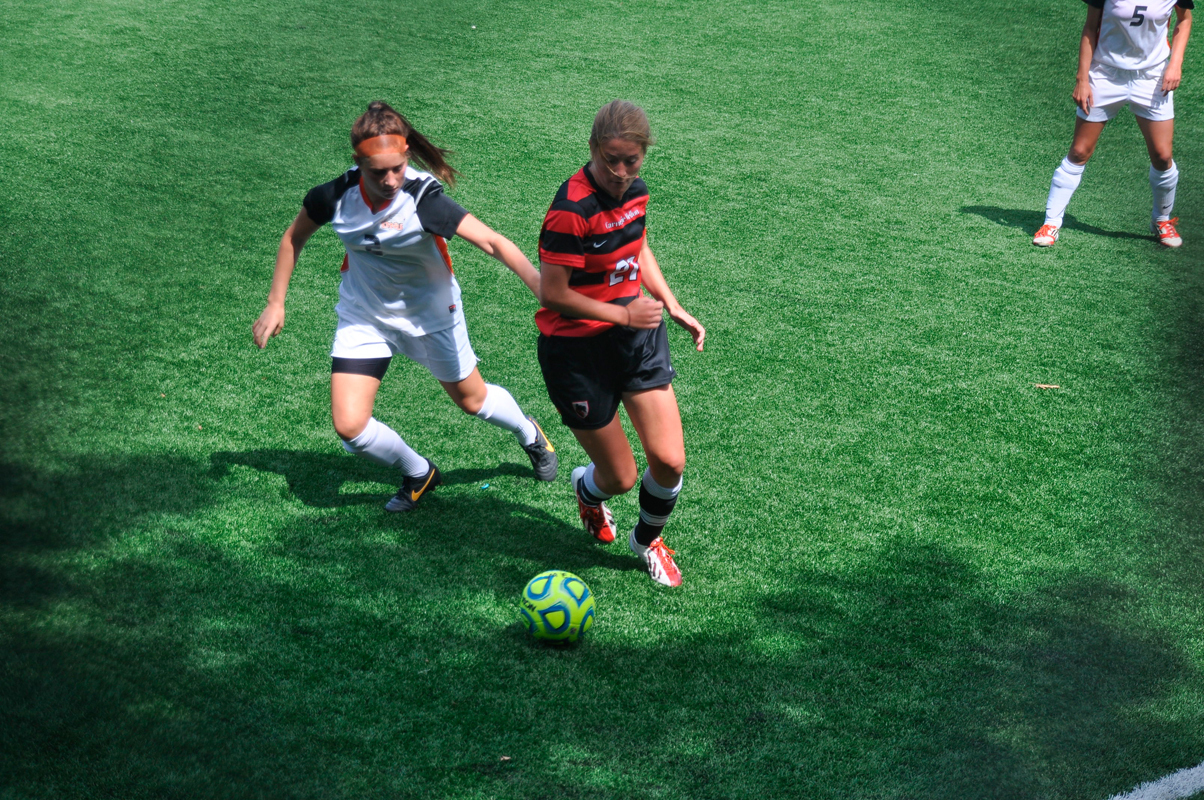 Carnegie Mellon’s women’s soccer team kicked off its season with one tie (1–1) and one loss (3–2) in this weekend’s DoubleTree Tartan Cup. The Tartans started the season ranked fifth, their highest-ever national ranking, in the NSCAA/Continental Tire Division III.

The Ohio Northern Polar Bears struck first 26 minutes into the game. Goalkeeper Anna Albi was forced to leave her net due to a challenge on the right wing by Ohio Northern’s Sandy Plunkett.

Down 1–0 at halftime, the Tartans dominated the second half. In the 54th minute, junior forward Amanda So scored The Tartans’ first and only goal of the match.

The goal came after senior defender Rachel Contopoulos lobbed a pass right behind the Ohio Northern defense to So, who anticipated the ball and snuck it beneath the goalie. Despite controlling most of the possession and outshooting the Polar Bears 12–2, the Tartans failed to score the decisive goal, resulting in a 1–1 tie.

In the 18th minute, So opened up the scoring again for the Tartans. So made it a hat trick for the weekend when she scored six minutes later after a through pass from sophomore Carson Quiros.

Johns Hopkins responded and evened the score within the next seven minutes. Hopkins scored the game-winning goal in the 56th minute with a penalty kick by Sydney Teng and would hold onto the lead for a 3–2 victory.

On Wednesday, Carnegie Mellon’s women’s soccer team will travel to Washington & Jefferson College to compete against the Presidents and try to improve their 1–1–1 record.