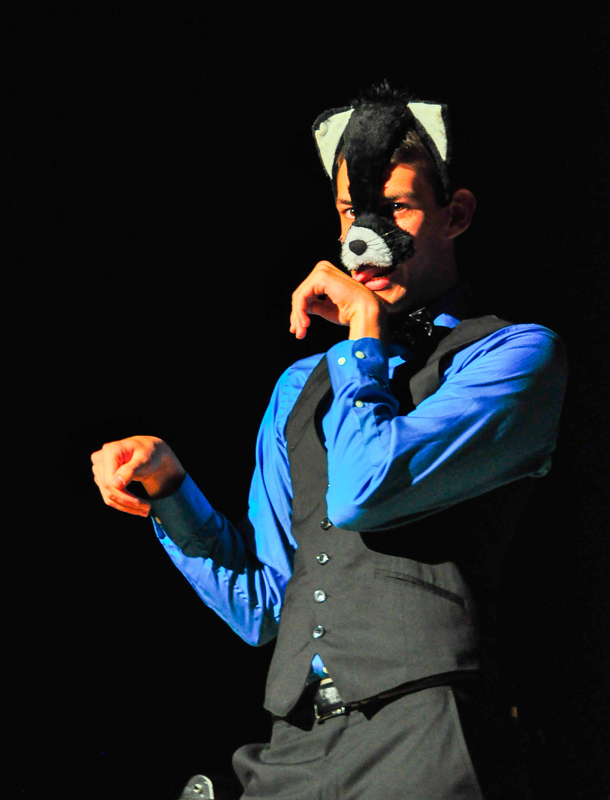 Scotch’n’Soda Theatre held its sixth Annual Charity Cabaret on Friday night. In two hours, the show covered 22 performances in two acts and an intermission. Most of the songs were snipped out of musical theater shows, but were accessible enough to enjoy without exposition. All proceeds from the cabaret went toward the Alumni Theater Company, a nonprofit theater in Pittsburgh which, according to its website, “provides quality performing arts training for talented, committed youth in grades 6–12 in a highly creative, challenging, and supportive environment.”

The show opened with all of the performers singing “The Sixth Annual Charity Cabaret,” a rendition of “The 25th Annual Putnam County Spelling Bee” from the one-act musical comedy of the same title, with the lyrics tweaked to fit the occasion. Afterward, each of the singers performed individually or in pairs before coming together again for a group finale.

One of the most interesting parts of the show was hearing student reinterpretations of songs that are usually sung by professionals, like junior voice major Zachary Mendez’s performance of the popular Phantom of the Opera_number, “Music of the Night.” Some performers added a great deal of personality to their songs, like junior psychology major Jaclyn Ross, who gave an energetic performance in her version of “Joey Is a Punk Rocker” from _The Black Suits, a song about a straight-laced girl who is in love with a punk rock boy. Though most performers only used their voices, junior chemical engineering major Alex Petti brought his guitar to strum along as he sang “Can’t Take My Eyes Off of You” from Jersey Boys.

In addition to Carnegie Mellon students, members of the Alumni Theater Company also came to perform the song “A Step Too Far” from their recent production of the musical Aida.

Sophomore vocal performance major Shannyn Rinker’s soulful rendition of the classic song, “Blues in the Night” was simply a show-stopper. Singing with her body language as well as with voice, Rinker gave the air of an old-time lounge singer, like Billie Holiday or Ella Fitzgerald.

In her performance of “Part of Your World” from The Little Mermaid, Abby Botnick, a senior Bachelor of Humanities and Arts student in costume design and professional writing, made quite the entrance; she was carried out decked in full mermaid regalia — tail, seashells, fork-comb, and all. Throughout the song, unable to walk, Botnick hopped around in her mermaid costume and had to be carried out when the song was finished.

Junior voice major Taylor Rawley performed “Mr. Cellophane” from Chicago, a sadly humorous song about a man who nobody notices. Rawley did a small but hilarious dance number to go along with the tone of the song, in which he desperately waved around jazz hands and did an feeble one-man kickline to make people notice him.

Of special mention was the emcee — junior chemical engineering major and Scotch’n’Soda vice president Evan Starkweather — who provided warm, friendly humor in the small breaks between the performances, as well as the pit musicians, whose presence and live musical performances gave the songs a much more vibrant sound.

The show was very charming overall; with plenty of talented performers and wonderful music, the show was a great Cèilidh Weekend event, and hopefully a tradition that will continue in future years.