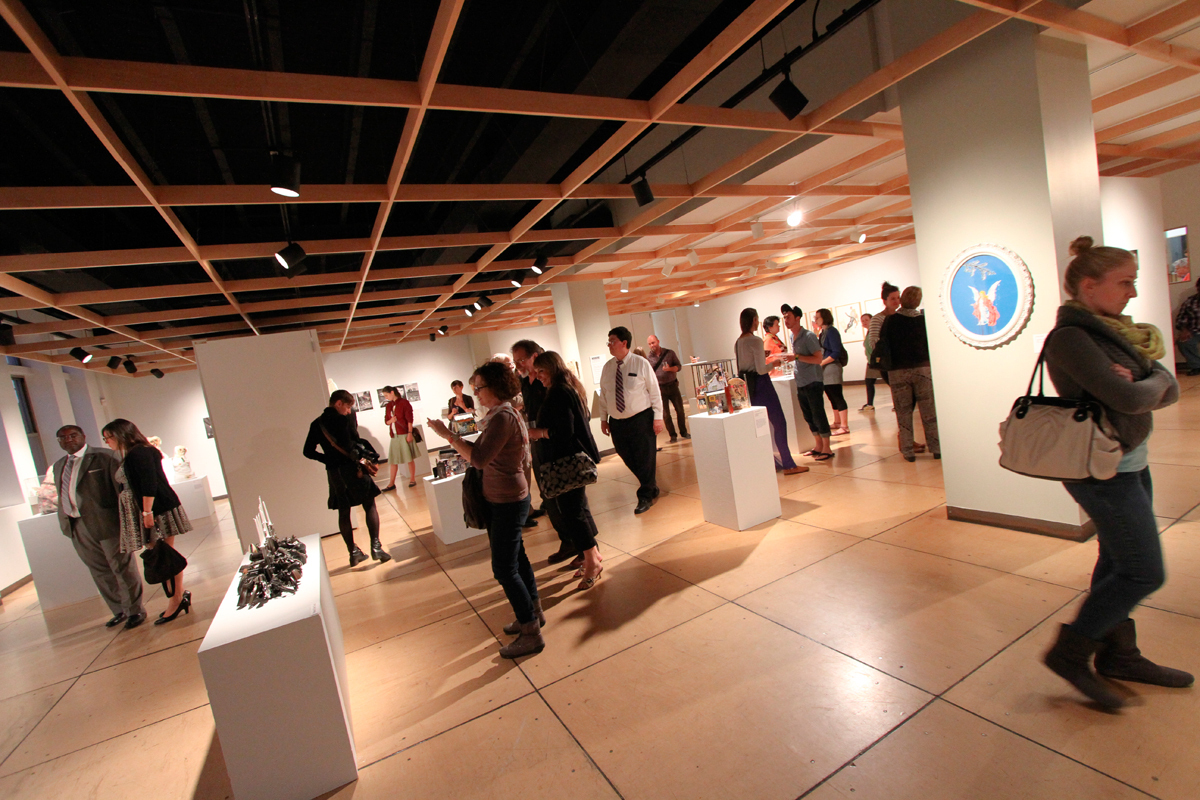 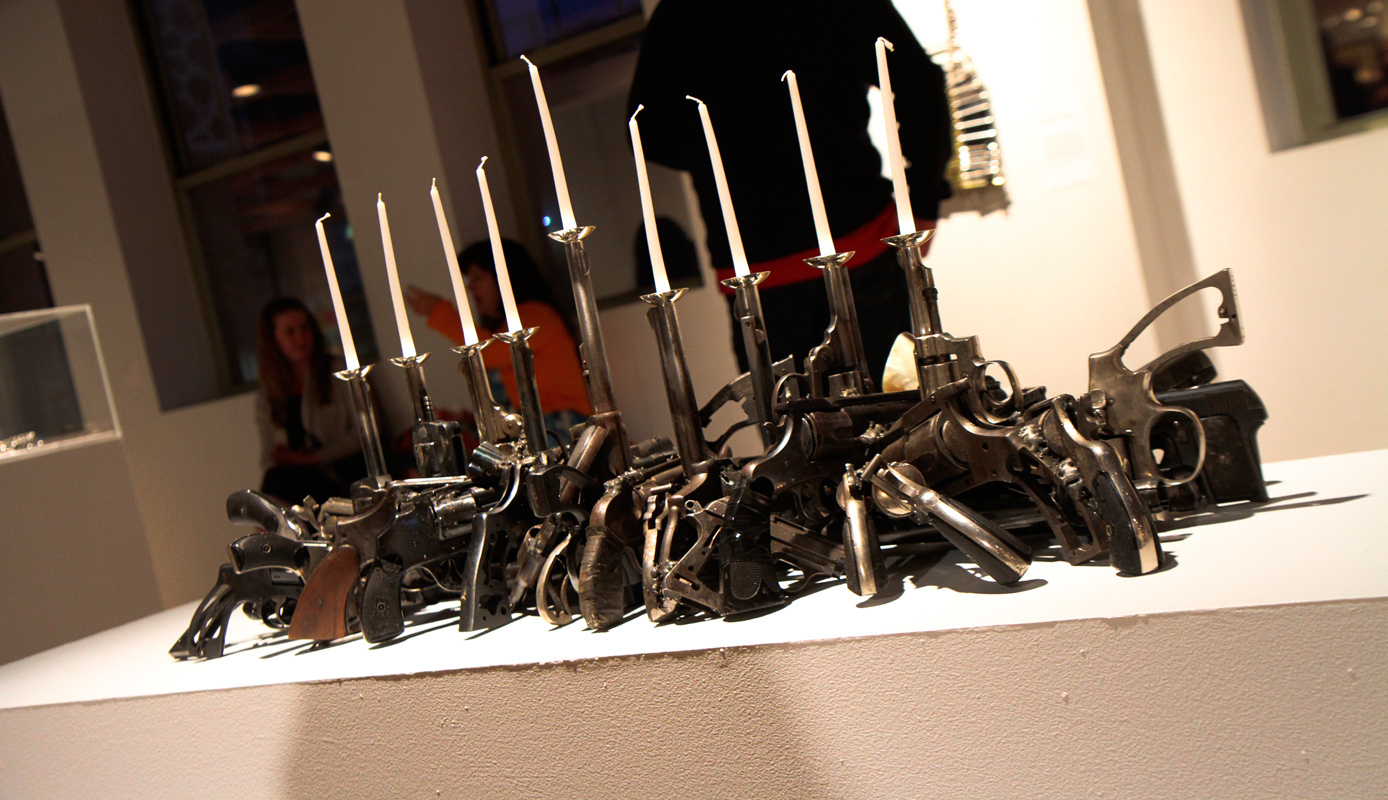 Carnegie Mellon alumnus Boris Bally’s “Loaded Menorah” is among the pieces that depict the violent world in which we live. (credit: Jonathan Carreon/Contributing Editor)

At the Society for Contemporary Crafts in the Strip District in Pittsburgh, an exhibition called ENOUGH Violence: Artists Speak Out opened last Friday. The exhibition seeks to explore how art can shed light on creative solutions to the urgent issue of increasing violence in the U.S. and around the world. The project is an interdisciplinary collaboration among artists, mental health professionals, academics, and community leaders that uses a multimedia platform to enable viewers to participate in a genuine discussion about violence and how it affects people.

The exhibition intertwines art with social work, social justice, and psychology to ask the complex question of what we can do as a community to combat violence. It features the work of 14 renowned artists and craftsmen from the U.S. and Europe working with photography, prints, painting, clay, fabric, and metal. The exhibition also includes two interactive components: a physical space in the main gallery for visitors to create their own “personal talisman to carry along with them” and a public Tumblr collection of people’s own stories about their experiences with violence.

Participating artists have chosen to focus their artwork on topics ranging from domestic abuse and rape to war and terrorism. Many of the pieces rely on disturbing imagery, including life-size sculptures of naked children praying on their knees, a menorah made of handguns, and an American flag with a symbolic red circle in the center. Despite the seriousness, the works also have an element of hope and resilience from people who have overcome violence.

Boris Bally (CFA ’84), a former adjunct professor in the School of Art and the School of Design, is a Pittsburgh native and metalsmith with three pieces in the exhibition. In the 1990s, Bally became involved in an anti-violence coalition that made him interested in anti-violence art. In 1997, Bally curated a show titled Artists of a Different Caliber in the former Hewlett Gallery at Carnegie Mellon, which challenged artists to create sculptures out of decommissioned handguns from buyback programs — programs that aimed to take guns out of civilian hands. “I had been interested in the handguns for a while; I had about 200 guns in my studio,” he said.

Bally’s work for the current exhibition is in the same vein as the show in 1997. He created three pieces out of handguns — “Loaded Menorah,” “Brave 4: Breastplate,” and “Bear Claw Necklace” — that draw inspiration from indigenous cultures and religious traditions while being juxtaposed with the violent reality of the present era.

The exhibition will be open through March 22. During that time, numerous events and guest lectures by professors, educators, community leaders, and artists will aim to find creative solutions to violence. The Society for Contemporary Crafts will also host information sessions on regional social service agencies on the first Saturday of each month while the exhibition is on display. For more information, call 412-261-7003.