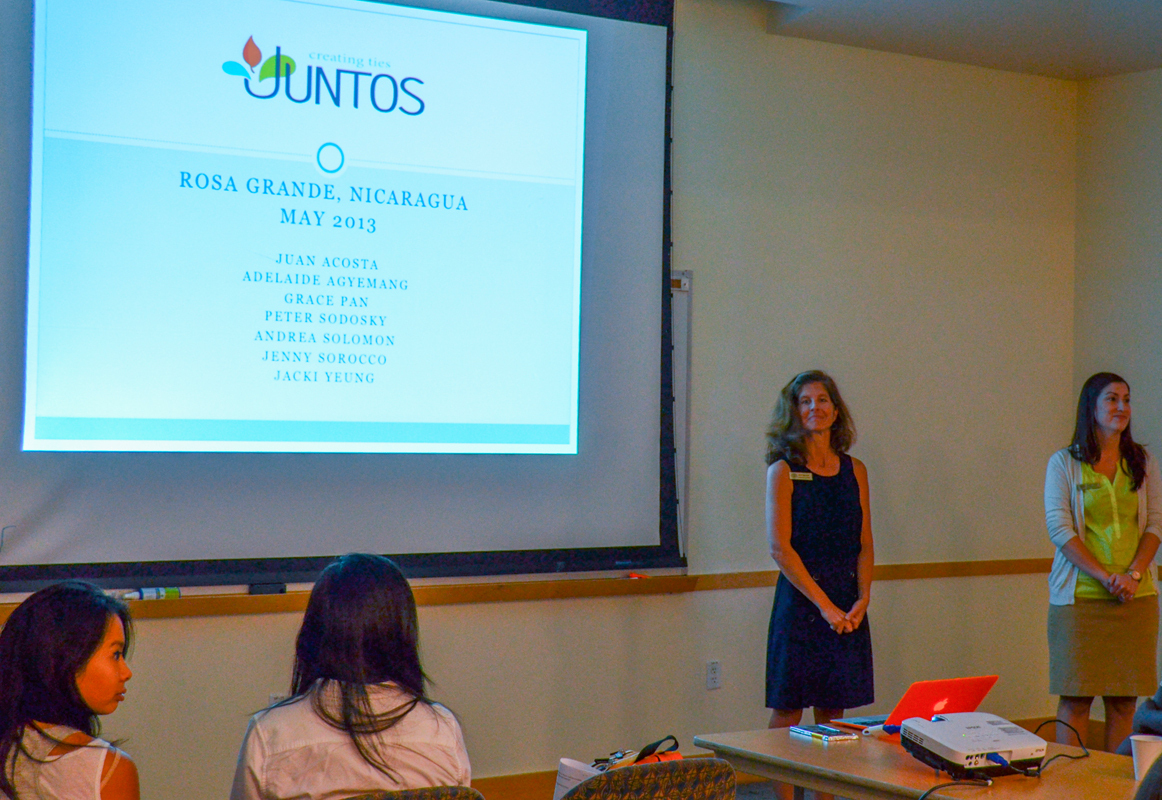 A member of Juntos speaks about studying abroad in Nicaragua. (credit: Briana Williams/) 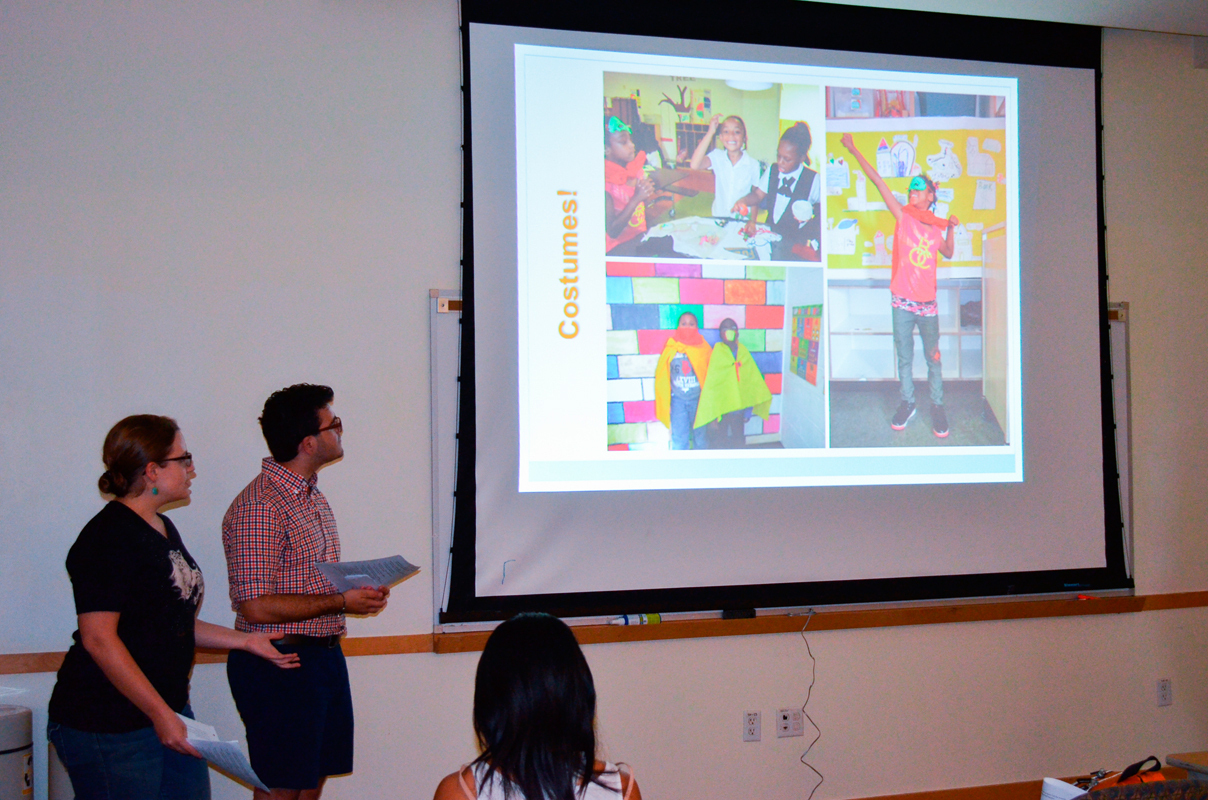 The Tartans Abroad Showcase featured students who had volunteered in Nicaragua as part of Juntos. (credit: Kate Groschner/Photo Editor) 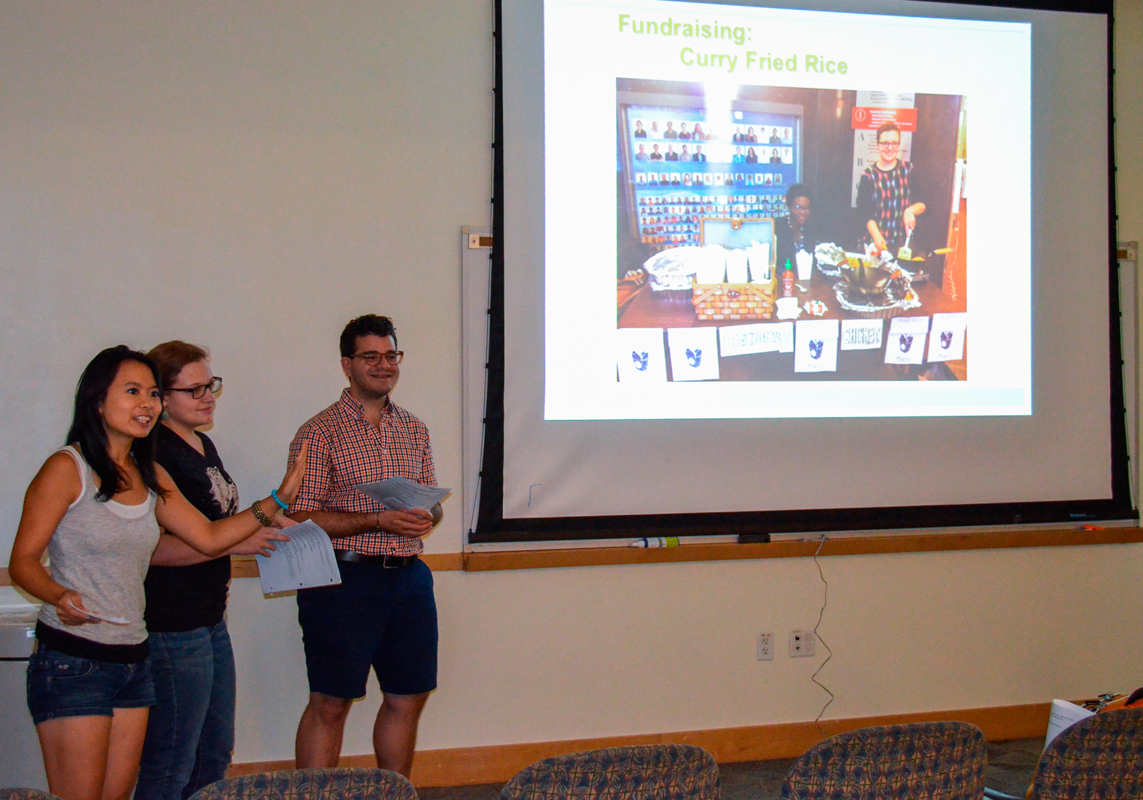 Juntos believes in social change through interaction with those inside and outside the community. (credit: Kate Groschner/Photo Editor)

Members of Juntos, a cross-cultural service organization, spoke about their experiences volunteering in Nicaragua last Thursday during the Tartans Abroad Showcase in the University Center.

The student group, which focuses on service initiatives in Rosa Grande, Nicaragua — as well as in Pittsburgh — recently received a Tartans Abroad scholarship, which helped members travel to Nicaragua last May.

While there, students took part in various community-building projects. In an educational initiative, Juntos members developed multiple workshops on how to use Microsoft Office, which they shared with Nicaraguan professors. An art initiative took the form of a collaborative mural with village school children.

Junior business administration major Grace Han, who traveled with the group in May, reflected on the group’s success in gearing its workshops toward the needs of the Nicaraguans, rather than imposing its own agenda. The locals appreciated this attitude, Juntos members said.

“Helping others isn’t always going to be glamorous and big,” Han said. “Sometimes it’s going to be small but really significant.”

Juntos co-leader Juan Acosta, a junior professional writing and Hispanic studies double major, stressed the group members’ desire not just to complete projects but also to reflect on the meaning of their service.

“We [Juntos] are really emphasizing the bigger ideas behind what we’re doing, asking questions like, ‘What does service mean?’ and ‘What does it mean to you?’ ” Acosta said. “We’re looking at the larger context of how this act of going to this country and interacting with these people reflects on us and this larger institution and the fact that they’re funding us.”

But the service does not end after the trip, Acosta emphasized.

Engaging with people at home and offering fresh perspectives is just as important to Juntos members’ efforts to better their communities.

“You can have an impact, and you can be an agent of social change just through dialogue,” Acosta said.

Audience members watching the presentation were generally receptive of the group’s message about the richness of local and international service.

“Sometimes people get critical about helping others abroad instead of at home, but I think this is really a worthy cause that I can hopefully join,” sophomore psychology and modern languages double major Sammie Walker said.

In order to apply for a Tartans Abroad scholarship, which funds groups like Juntos as well as individuals, students must fill out a formal application.

These scholarships apply only to academic breaks; the application for the upcoming winter session is due Oct. 31.

Students interested in other study abroad opportunities can call the Office of International Education and make an appointment with a study abroad adviser.

“Studying abroad is a great way for students to intellectually expand their horizons,” Coordinator for Study Abroad and Exchange Programs Chris Menand said. “It creates new independence and creativity to work with people who think differently from you.”