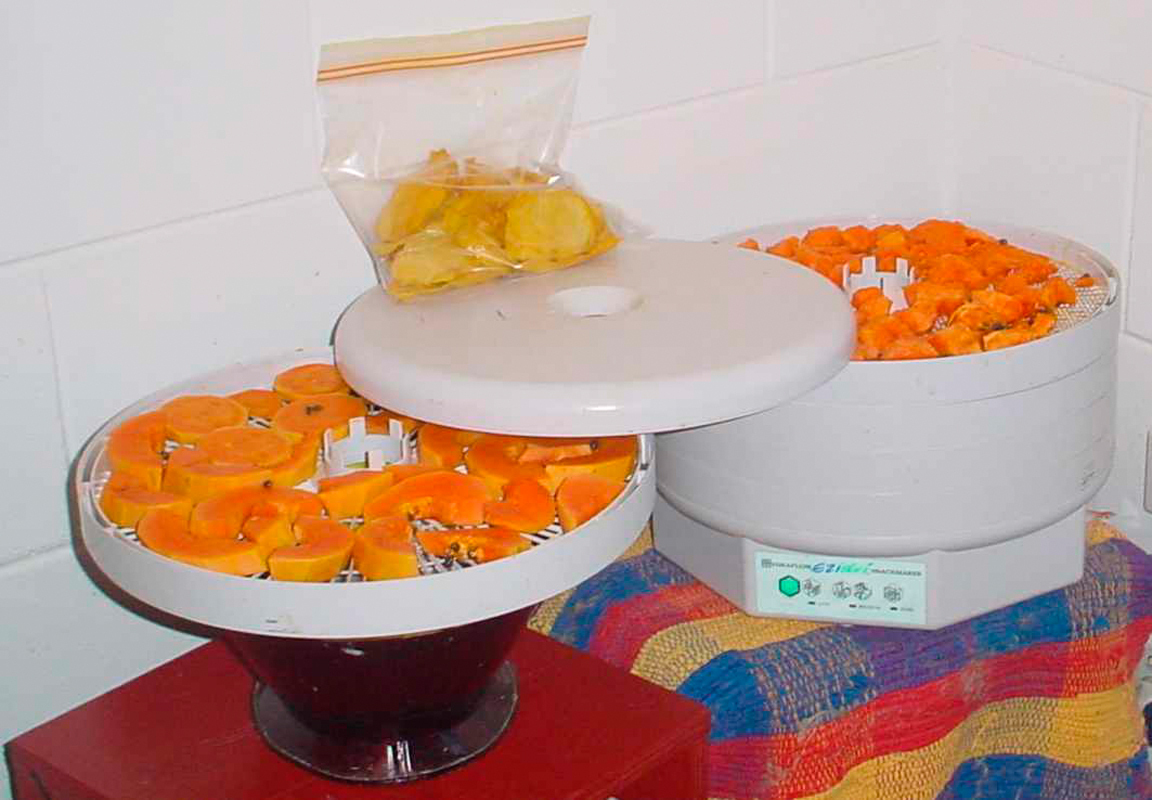 A food dehydrator can be used to create dried foods, such as mangoes and papayas. (credit: Courtesy of Wikimedia Commons)

Incoming first-years always recieve a ton of advice: go to office hours, make new friends, try out new restaurants. Among these pieces of advice is one that warns students that hot plates and other similar cooking appliances are not allowed in dorm rooms; they’re fire hazards. Stripped of these cooking appliances, many students turn to preserved foods in their quest for a rejuvenating midnight snack. Humans have been preserving food for hundreds of years to ensure they would have stores of food in tough conditions like famines (and finals week).

The purpose of food preservation is to ensure that bacteria do not reproduce. When bacteria multiply in food, they release waste that causes the food to look, smell, feel and taste bad. Certain pathogens can also cause the spoiled food to become toxic. According to Arimi Foods, the same bacteria that cause food to spoil also thrive in warm temperatures in the range of room temperature to 104˚F. This is why one of the most common methods of preserving foods is refrigeration. The cold temperatures present inside a fridge slow down the reproduction of bacteria. Kept this way, most foods tend to last for about a week.

However, temperature can be lowered further to keep food safe for longer. The freezer, which uses below-freezing temperatures to store food, keeping it fresh for months. Since water is no longer available to the bacteria, they are not able to grow or react chemically with foods.

Canning is another way to preserve foods. This can take take the form of produce canned at home, or factory canned food available in supermarkets. In both cases, the food is heated to kill bacteria present at the beginning of the canning process. Afterwards, the food is put into an airtight container and sealed, preventing new bacteria from entering the food. Foods preserved this way can keep for several months.

Canning also has the additional advantage of not requiring the energy needed to maintain a low temperature continuously, like in refrigeration and freezing. For this reason, canned foods are popular in disaster-relief kits and emergency kits, as they can keep for a long time and be consumed in situations where power is not readily available.

Yet another popular food preservation technique is drying. This technique works because drying food removes all moisture, which bacteria need to grow and react with foods. An advantage to drying is that dried foods take up less space to store than food preserved by other means, says the College of Agriculture, Consumer, and Environmental Sciences at the University of Illinois. However, drying changes the taste and appearance of foods unlike other forms of food preservation. To dry food, www.dryit.com explains, it is placed where warm dry air can move past it continuously. This warm air absorbs the moisture from the food and carries it away, thus dehydrating the food. Dried foods are often further vacuum sealed to keep them safe for longer. According to fantes.com, vacuum sealing ensures that the foods don’t come into contact with oxygen. Without oxygen, oxidation of the food cannot take place. Furthermore, bacteria cannot thrive in a vacuum.

Food is an essential human need, and human ingenuity lets people have food even when it is not readily available in its natural form. So while incoming freshmen might not be able to prepare their favorite meals in the comfort of their rooms, they will be able to snack on a variety of preserved foods.

Or they could just order pizza.