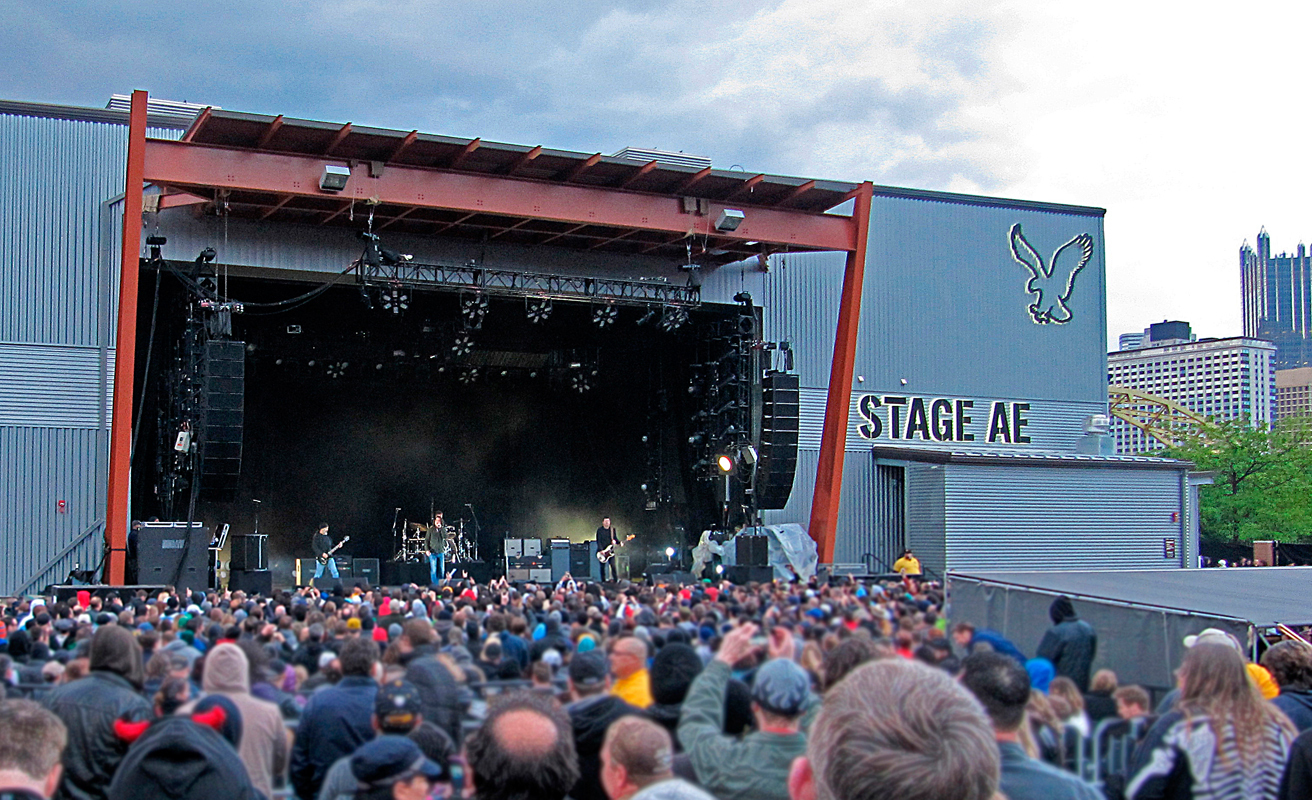 Stage AE hosts some of the biggest concerts in the city, drawing huge crowds to their indoor and outdoor stages. (credit: Courtesy of James A. Baron via Flickr)

Looking to take in some live music during your time at Carnegie Mellon? Here’s a breakdown of the more frequented venues Pittsburgh has to offer.

Located between Heinz Field and PNC Park, Stage AE is a pretty standard venue. The acts booked there are usually moderately priced ($30–$50) and well known. The indoor hall is divided into floor and balcony areas, both of which are typically for standing audiences only. The venue is nicely sized; even back at the bar, you have a good view of the stage. It boasts a second outdoor stage for warm weather, also sizable.

Coming from campus, Stage AE can be a bit of a pain to get to by bus: You have to take a 61 to Downtown, and then take a bridge over the Allegheny River. When the weather’s warm this is a pretty pleasant experience, but it can be uncomfortable when Pittsburgh begins its deep freeze.

Located in the Strip District, the Altar Bar is small — very small — but that’s one of its strong suits. There is very little separation between the audience and the artist; the stage is small and low, and there isn’t a no man’s land inhabited by angry bouncers. The venue is also a renovated church, with an upstairs balcony with tables and chairs where you can sit and relax.

The Altar Bar is also relatively easy to get to by bus: If you take a 54, you’re left off about a block from the front door. If you take a 61, the walk is a little longer, but it still gets you there. The shows are inexpensive (rarely over $30 and often much, much cheaper) and it’s a beautiful place, so definitely catch a show there if you get the chance.

Located in the South Side, shows at the Rex are cheap (usually $10-$30) and can go until 2 a.m. The venue is just big enough to pack in a good-sized crowd (around 500), but small enough that even in the far back, you’re closer to the stage than you would be if you tried to fight your way to the front at Stage AE. It’s also easy to get there by bus: The 54 drops you right in front. Go see a show at the Rex if you can. You won’t regret it (unless the artist you’re seeing isn’t good, in which case it’s not the Rex’s fault).

I admit I haven’t seen a concert at Consol, but I did go to a Penguins game there. Consol follows the standard model of massive, 20,000-person arenas. Enjoy watching the video screen and emptying your wallet for a bottle of Dasani. That being said, there is something pretty amazing about being part of a massive crowd: When I saw Jimmy Buffett play Madison Square Garden, I was awestruck at the sight of so many inebriated men and women of all ages, dressed in Hawaiian shirts belting along to “Margaritaville.”