Professor authors book on future of robots in society 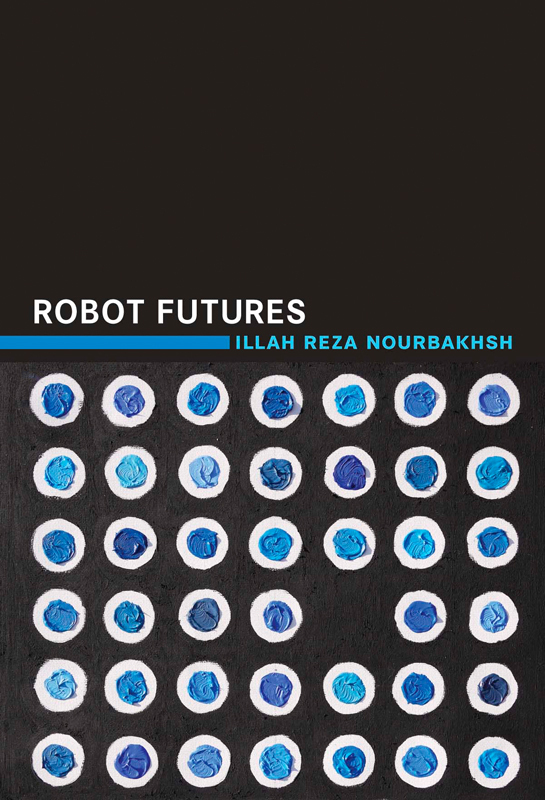 The prospect of robots becoming integrated into human society has been limited to the realm of science fiction — until now. In his book, Robot Futures, Carnegie Mellon professor Illah Nourbakhsh discusses imminent robot innovation and its implications for society.

According to Nourbakhsh, robot technology will advance enough within the next few decades to bring about a mass of mediocre robots. This trend will create a new species of “social robots,” which will live, work, and interact with human beings on a daily basis.

In his book, Nourbakhsh highlights that this does not simply entail a mass of benign moving and talking machines, but a major revolution that will drastically affect our “freedom, identity, and behavior.” The robots will allow for the collection and organization of data on humans, bringing freedom and privacy into question. Furthermore, the prospect of robots becoming an integrated part of people’s daily lives will essentially change their identities.

“We’re not just interacting with people, but with a whole new species. That’s going to change who we are,” Nourbakhsh said. Regular interaction with a species essentially devoid of emotion will indeed change people’s behavioral characteristics. There is valid concern that this will ultimately dehumanize people. For example, Nourbakhsh’s book details the concern that robots may incite negative temperaments in people and becoming easy targets for bullying or domestic abuse; people might take out their problems on their robots.

Furthermore, the advancement of robots is likely to dilute our thinking and focusing capabilities. “Telepresence” is a product of robot technology that allows humans to feel as if they were somewhere other than their current location, therefore allowing them to virtually be in two places at once. According to Robot Futures, this will increase the prevalence of attention dilution disorder, a disorder related to attention deficit disorder, which is developed due to the influx of information brought about by modern technology.

Perhaps one of the most glaring effects will be in the manual labor market; Particularly in the eyes of large corporations, robots will be seen as human-equivalent competitors. Nourbakhsh points out that robot labor will be cheaper than human labor and thus may replace human labor altogether, resulting in a loss of lower skill level jobs.

There is the potential that employment levels will be significantly affected, if, as Nourbakhsh puts it, “companies are driven by profit motive rather than social good.”

With these grave ramifications before us, the question remains: Why allow such a revolution to happen at all? Nourbakhsh devotes his last chapter to answering this question, and points out a benefit that comes close to balancing out the potential damages: community empowerment.

Just as robots can enable the mass collection of private data on individuals, they can also enable people in rural communities to collect and analyze the quality of water samples. In many similar ways, robots have the potential to empower communities through efficient and innovative technology.

Aside from conveying the potential direct effects of the robotic revolution on societies, Nourbakhsh’s book subtly reminds readers of the line between reality and science fiction.

For decades, the prospect of machines overtaking humans and posing a threat to mankind has been a pervasive theme in science fiction. With the coming of the new wave of robotic technology, one cannot help but wonder whether robots will eventually threaten the human species. Fortunately, Nourbakhsh dispels this fear.

“People have forgotten that what we are facing is mediocre robots. These robots are sub-human,” he said. According to Robot Futures, the coming robots will display a variety of inefficient and annoying behaviors, which Nourbakhsh calls “Robot Smog.” Thus, the prospect of being terrorized by machines is unlikely in the near future.

Nonetheless, a revolution is under way. Each facet of society should take an active role in considering and shaping the way the new robo-innovation will change society. Within the next few decades, it will be imperative to “think of robotics that empowers our communities, rather than serving as just tools for corporations,” Nourbakhsh said.