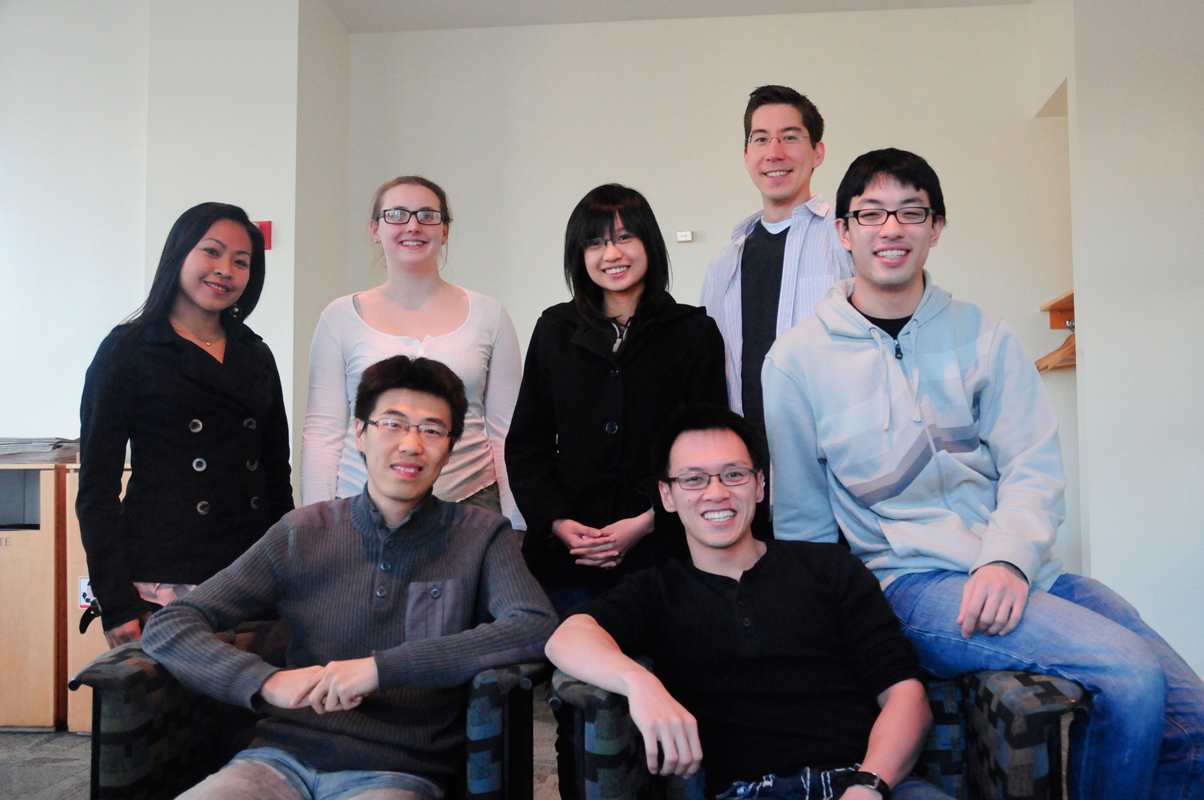 What happens when you put together three Ph.D. candidates in engineering and public policy (EPP), two doctoral students in the School of Architecture, an MBA student from the Tepper School of Business, and a master’s student in electrical and computer engineering? The answer: Two awards won at the Department of Energy’s Better Buildings case competition.

A case competition generally consists of a broad question, typically one with both engineering and economic aspects, which must be answered in the form of a 10-page paper and 10-minute presentation. The Better Buildings competition included four individual case studies; each team was assigned two to work on.

“We had two cases to study: One of them was called the ‘Everything Store’ and involved trying to improve the energy efficiency of generic department store buildings by 20 percent,” explained Alan Jenn, a Ph.D. candidate in EPP. “The other case study asked for a broad plan to improve the energy efficiency of the city of Fort Worth, Texas by 20 percent.”

For the “Everything Store” case study, the team was asked to look specifically at rooftop cooling units. After building an optimization model to look at all possible replacement combinations, the team devised a creative plan that generated as much energy savings as possible while minimizing cost. “Basically what we came up with was a sell-and-lease-back scheme. In a traditional scenario, a company would buy this equipment and then they would rely on the energy savings to pay it off over a certain number of years. So instead we devised a scheme where they would buy all the equipment and then immediately sell it to an investor like GE Capital, who would then lease it back to the company,” said Donald Johnson, School of Architecture alumnus and current Tepper School of Business MBA student. This innovative strategy allows companies not to put capital into the project up front, leading to lower payments, which in turn leads to a much shorter payback period.

However, replacing rooftop units was not sufficient to bring down savings. “We considered other things like lighting efficiency, refrigeration, and insulation,” said Adrian Chong, doctoral student in the School of Architecture. “We ran a lot of energy simulations on a software called Energy Plus.” The team’s out-of-the-box thinking and detailed quantitative analysis earned them the “Best Proposal” award for the “Everything Store” case study.

For the Fort Worth case study, the team acquired building sector data from Forth Worth, which they put into a geographic information system (GIS), a type of map-making software that allowed them to determine the energy consumption for the buildings of Forth Worth by sector. “We ended up targeting residential single family dwellings, industrial buildings, and schools,” Jenn said.

“Our strategy for residential homes was focused on getting the families more information about their energy use so that they can make smarter choices,” said Allison Weis, a Ph.D. candidate in EPP. As for industrial buildings, doctoral student in the School of Architecture Chao Ding explained that most of the energy was used in the manufacturing process. “So we gave them very detailed information on energy-saving technology, and for each technology we gave how much energy you can save and what the payback period is,” Ding said.

Residential homes and industrial buildings were chosen because of their high levels of energy consumption. “The reason why we chose schools was different,” clarified Mili-Ann Tamayao, Ph.D. candidate in EPP. “We chose schools as one of the sectors to focus on because of the ease of disseminating information in schools.” The team’s Fort Worth proposal won the members’ the “Most Innovative” award.

Jie Yee Chan, a master’s student in electrical and computer engineering (ECE), attributes his team’s success to its multidisciplinary nature. “I think this is a great team because we all come from different backgrounds,” Chan said. “We have a good mixture of [people from] architecture, EPP, and MBA students — and I’m from ECE.” Johnson also noted that while they were all from different disciplines, each individual was well informed in each other’s areas, which resulted in a constant overlap of knowledge.