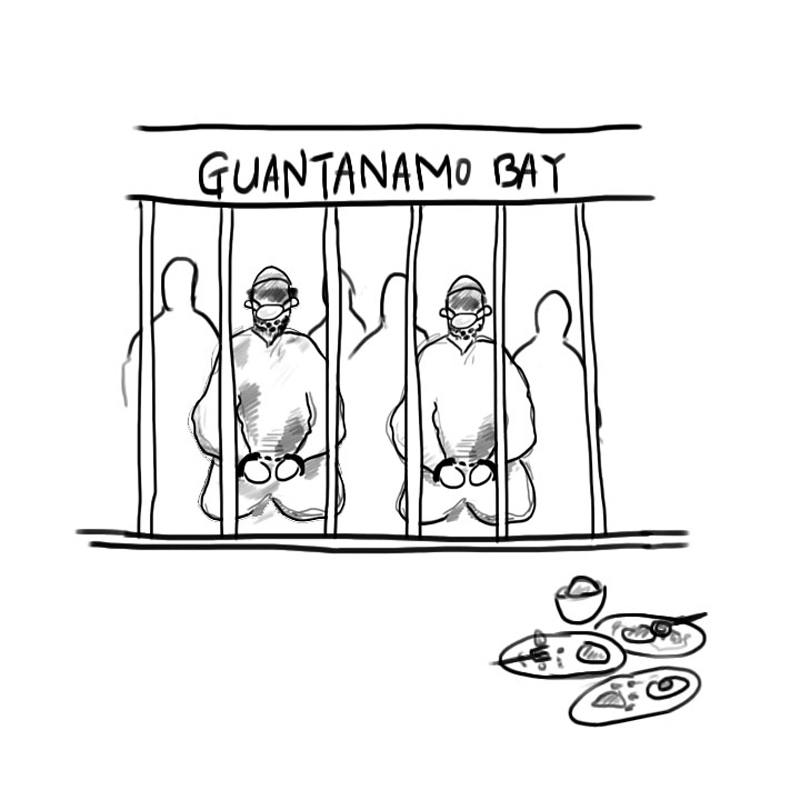 Around a quarter of the detainees at the Guantanamo Bay detention camp have been on a hunger strike since last month to protest the search of their copies of the Qur’an and their indefinite detentions, according to The Washington Post.

The general public’s reaction has been underwhelming. Like other news regarding Guantanamo over the last few years, there has been little coverage of the strike in the media.

Some Americans love to complain about government overreach — a product of the fear that big government will turn America into a socialist state. The sources of their complaints have included bans on large sodas, expansive background checks for guns, and government czars of all shapes and sizes. But what about the gulag that the U.S. government runs off the coast of Cuba?

Some people may feel that because something doesn't affect them, they shouldn't be concerned about it.

But just because something doesn’t directly impact you doesn’t mean you shouldn’t be concerned. Consider the rape in Steubenville, Ohio of a high school girl by two football players.
Even though it only affected a few people, many people throughout the nation voiced their concern, fearing that if the case were left unnoticed, there would be a long-term, negative impact on societal attitudes toward rape and sexual abuse. Our sense of justice and awareness of injustice sustain the law. At the same time, ignorance can have harmful effects.

Guantanamo sets a dangerous precedent for future conduct by the U.S. government in “fighting terrorism.” The newest version of the National Defense Authorization Act (NDAA) allows for indefinite detention of American citizens without due process. Attorney General Eric Holder declared in March that it would be legal for the president to order drone attacks on U.S. citizens, according to The Huffington Post.

Other people may believe that the people in Guantanamo Bay are all terrorists anyway.
But that’s not true. Of the 166 prisoners, 86 have been cleared of charges but have yet to be released, according to The New Yorker. Furthermore, only a handful of detainees have actually been tried and found guilty. In 2011, WikiLeaks released several documents showing that a great number of the prisoners held were not actually security threats, but were simply detained to extract intelligence, according to The Guardian.

It’s been 10 years since the establishment of the Guantanamo Bay detention camp. For over a decade, prisoners have been locked up and tortured — most of them without formal charges, according to the documents leaked to The Guardian.

That our government is conducting this kind of senseless cruelty should be a concern to anyone who is wary of “big government.” Hitler did not take over half of Europe by limiting the amount of sugar in soft drinks. Stalin did not maintain a culture of fear in the Soviet Union by increasing taxes by 1 percent in eight years.

If our complaints reflect our true concerns, we should be very worried. America, it’s time to rethink our priorities.