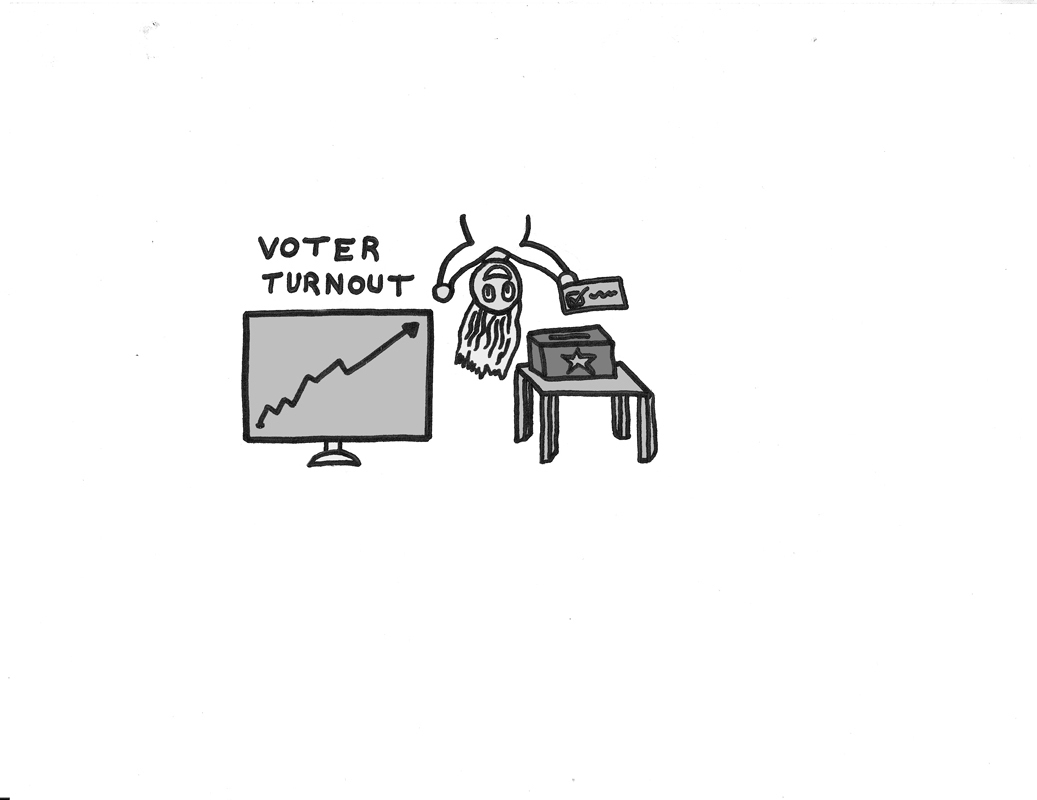 A trend of increasing interest in who represents the student body is a good thing; however, there is a large amount of room to grow.

At the Massachusetts Institute of Technology, approximately 39 percent of undergraduates voted during their 2013 spring student body election, according to The Tech, the university’s student newspaper.

Student turnout at Carnegie Mellon could reflect a voting percentage that is close to that of other similar institutions if interest in the election process increases on campus.

Increasing student awareness of the elections through public relation efforts should be a priority for student government in the coming years. Utilizing social media and other mediums to connect to students would be ideal to encourage greater student voter turnout.

The increase in voter participation among undergraduate students indicates that students are becoming more invested in who their representatives are and their college experience.
However, student voter turnout can mirror other university’s elections with new candidate campaigns that reach students and make them aware of the significance of elections.