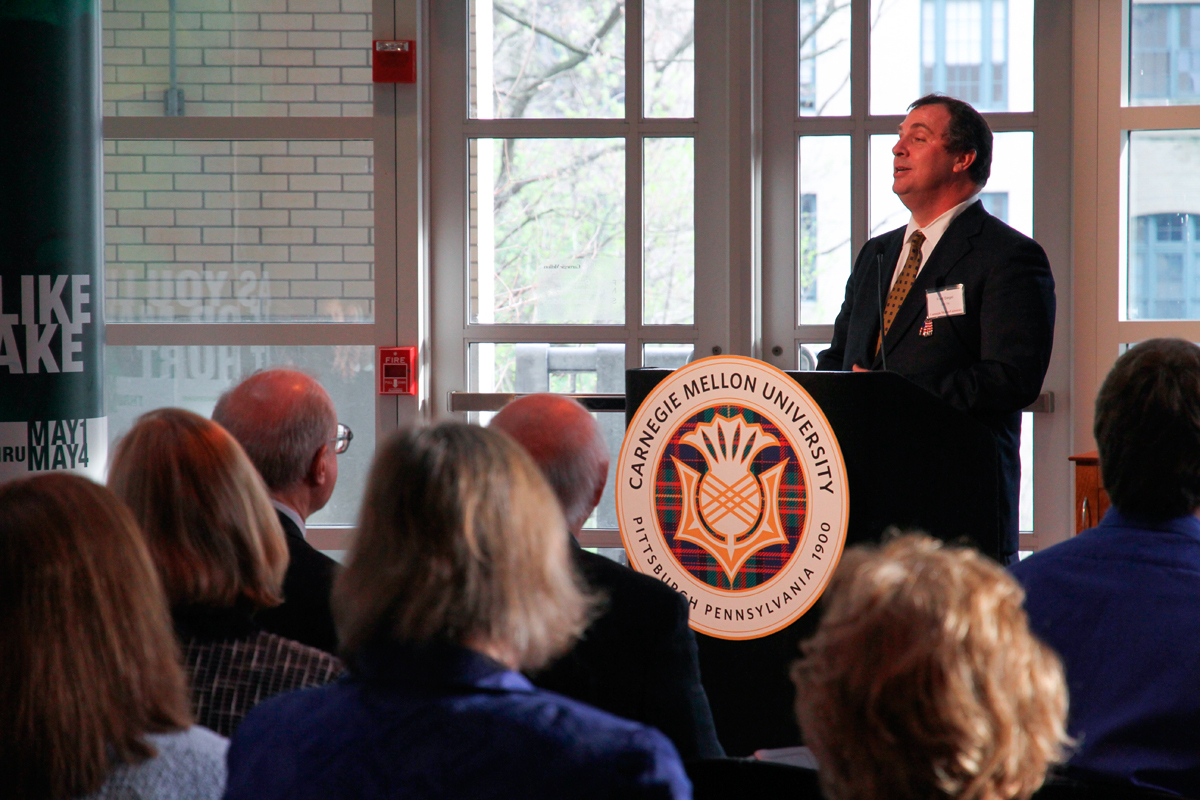 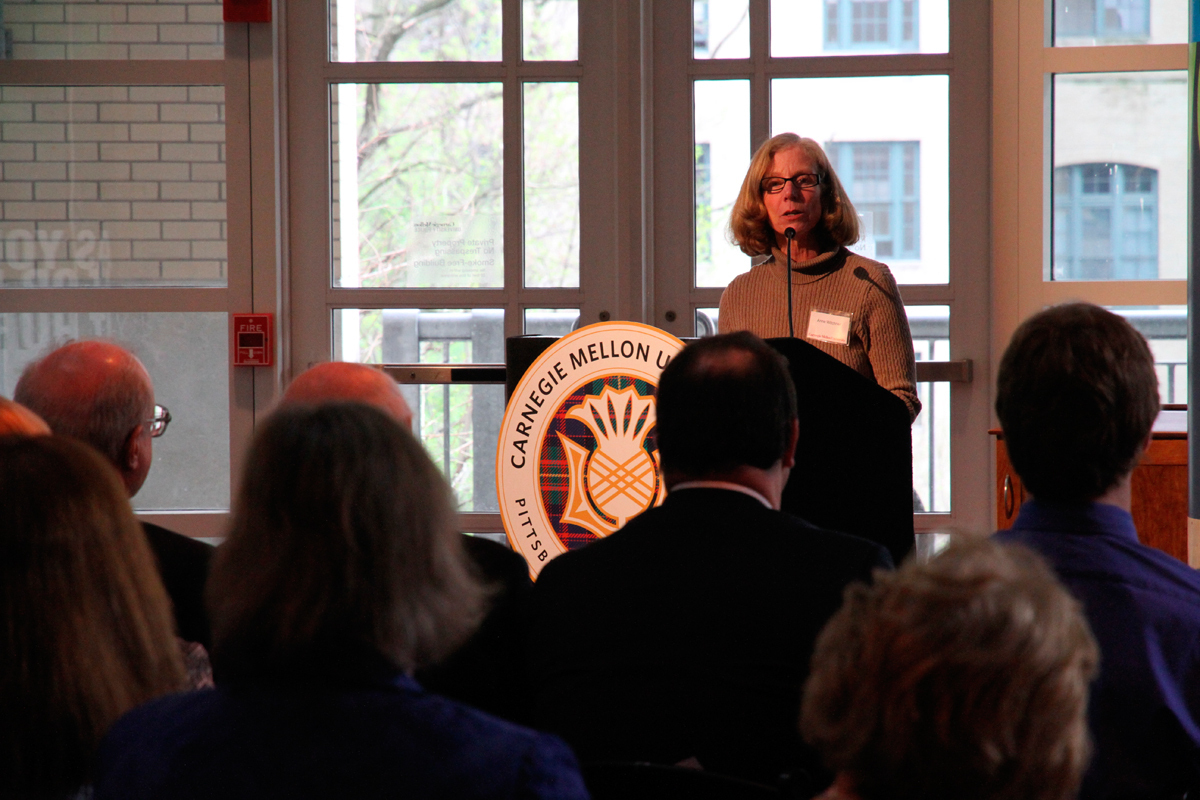 Assistant Dean of Student Affairs Anne Witchner was one of the speakers at the ceremony held to honor Zaslow. (credit: Jonathan Carreon/Contributing Editor)

Carnegie Mellon hosted a gala in memoriam of the late Jeffrey Zaslow and unveiled a plaque in his honor last Friday.

Zaslow (H&SS ’80) was an accomplished journalist for The Wall Street Journal and a best-selling author. He passed away in February 2012, at the age of 53, due to injuries suffered in a car accident.

He is survived by his wife, Sherry Margolis, and three daughters, Jordan, Amber, and Eden, all of whom were in attendance at the memorial in the lobby of the Purnell Center.
Zaslow is probably best known as the co-author of The Last Lecture (2008), about the late Carnegie Mellon professor of computer science Randy Pausch.

Co-written with Pausch shortly after he was diagnosed with pancreatic cancer and given only a few months to live, the inspirational book is given to all incoming first-year classes to read prior to convocation.

In his opening remarks at the gala, President Jared Cohon remarked how the university often asked Zaslow to speak at convocation and how Zaslow’s speeches could bring the first-years to tears.

“It is hard to believe that future classes won’t be able to hear him speak,” Cohon said.

The main speakers at the memorial included several people who had known Zaslow personally during his undergraduate years at Carnegie Mellon.

According to Siegel, however, Zaslow quickly realized “he had made a terrible mistake” and re-enrolled at Carnegie Mellon a mere two weeks later.

Assistant Dean of Student Affairs Anne Witchner emphasized how Zaslow’s gift for writing in part stemmed from his genuine interest in other people.

“The university frequently brought Jeff back to speak to the English staff and students…. [When talking to students after his speeches] he wouldn’t leave until he had talked to everyone waiting to talk to him,” Witchner said.

She explained that she could tell that those students were sharing conversations that they hadn’t shared with anyone else.

After the speakers, Cohon closed the event by introducing the new plaque commemorating Zaslow and announcing the Endowed Jeffrey L. Zaslow Scholarship for Writing Students.

Cohon emphasized how Zaslow’s plaque stands facing the plaque commemorating Pausch at the Purnell-side entrance of the Pausch Bridge, emphasizing the relationship between the two men.

While Cohon stressed how unfortunate it is that incoming classes will now never get a chance to meet Zaslow, he suggested that “future generations of students to come will turn to read this plaque when crossing the Pausch Bridge … and know what an incredible man Zaslow was.”