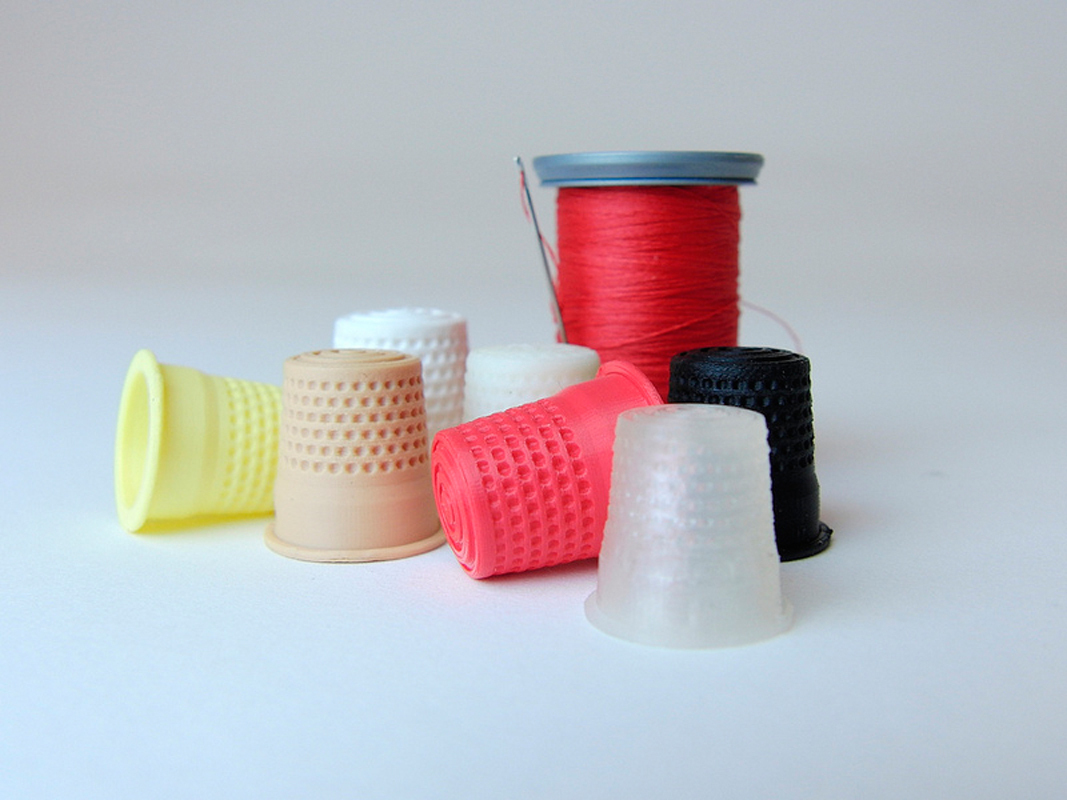 3-D printing can produce a variety of objects from plastic, such as these thimbles. (credit: Courtesy of Creative Tools via Flickr) 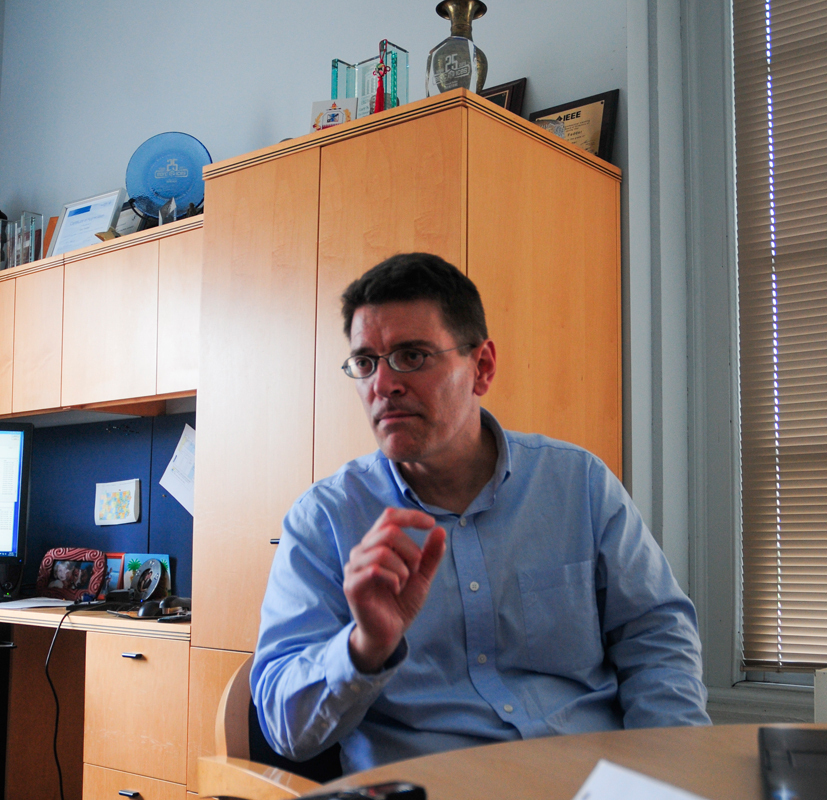 Imagine if you had a magical box that, with the click of a button, could make whatever you wanted. With the advancements in 3-D printing, this idea is not as far fetched as it might seem.

In 2012, President Obama announced the creation of the National Network for Manufacturing and Innovation (NNMI), a proposal to create institutes across the nation, each focusing on an advanced method of manufacturing and consisting of a collaboration between universities, companies, and the government. The purpose of this initiative is to create new jobs, strengthen national security, and spark the kind of innovation that drives economic success.

Additive manufacturing, more commonly known as 3-D printing, is a method of manufacturing products that involves adding material to make something, as opposed to cutting or drilling material away. Certain types of software allow one to draw solid models with specified shape, size, and materials and encode all this information in a digital form. A 3-D printer will convert this information into slices and build the object layer by layer.

3-D printers have a distinctive look. According to electrical and computer engineering professor Gary Fedder, who leads the school’s efforts in NAMII, “The types of machines that make it kind of look like a large microwave oven, as opposed to conventional machinery, which looks more industrial.”

There are two popular methods of 3-D printing: “One is extrusion and involves squeezing material out like squeezing toothpaste out of a tube,” Fedder said. Instead of toothpaste, however, the 3-D printer squeezes out polymer in tiny beads that are controlled by a computer. As a 2-D pattern of polymer is squeezed out, light is shone onto it to harden the layer. This process is repeated layer by layer until a 3-D object is created.

The second method is called laser sintering. Instead of squeezing out material, this method uses what Fedder refers to as a “bed” of powder spread out in an even, flat sheet. “This powder can be plastic,” Fedder said, “But what people are excited about is metal powder, like titanium powder.” The powder is spread out in a flat sheet, and then the computer uses a laser to melt the powder into the desired shape. After each layer is created, the powder bed is lowered and a new layer of material is applied. This process continues repeatedly until the 3-D product is created.

There are two NAMII projects with which Carnegie Mellon is involved. The first, led by mechanical engineering professor Jack Beuth, involves the quality of additive manufacturing. “The problem is for things like aerospace,” Fedder said. “We don’t know if the part made is really going to be strong enough to put in an aircraft. If you press ‘print’ and make 100 parts, is there one out of that 100 that will fail? That wouldn’t be acceptable on an airplane. So those types of in-depth issues are what people are researching.”

The second project is led by Pennsylvania State University and involves monitoring the additive manufacturing process with thermal imaging. The purpose of this project is to determine the impact of heat on the 3-D printing process. Carnegie Mellon has contributed to this project by developing process-mapping technologies. These technologies take thermal images of the layers as they are made so that researchers can analyze the material’s microstructure.

Additive manufacturing is more useful in some fields than in others, and is particularly beneficial for biomedical engineering and aviation. Within biomedical engineering, 3-D printing can be used to make customized biological implants. 3-D printing is also very relevant for developing aviation technology because the layer-by-layer process allows intricate spider web-like designs to be built. This type of design is especially useful for aviation because it makes metal objects much lighter. The current products manufactured using 3-D printing are rather specific, but as the process improves, 3-D printers may soon become as common a device in everyday homes as a regular laser printer.