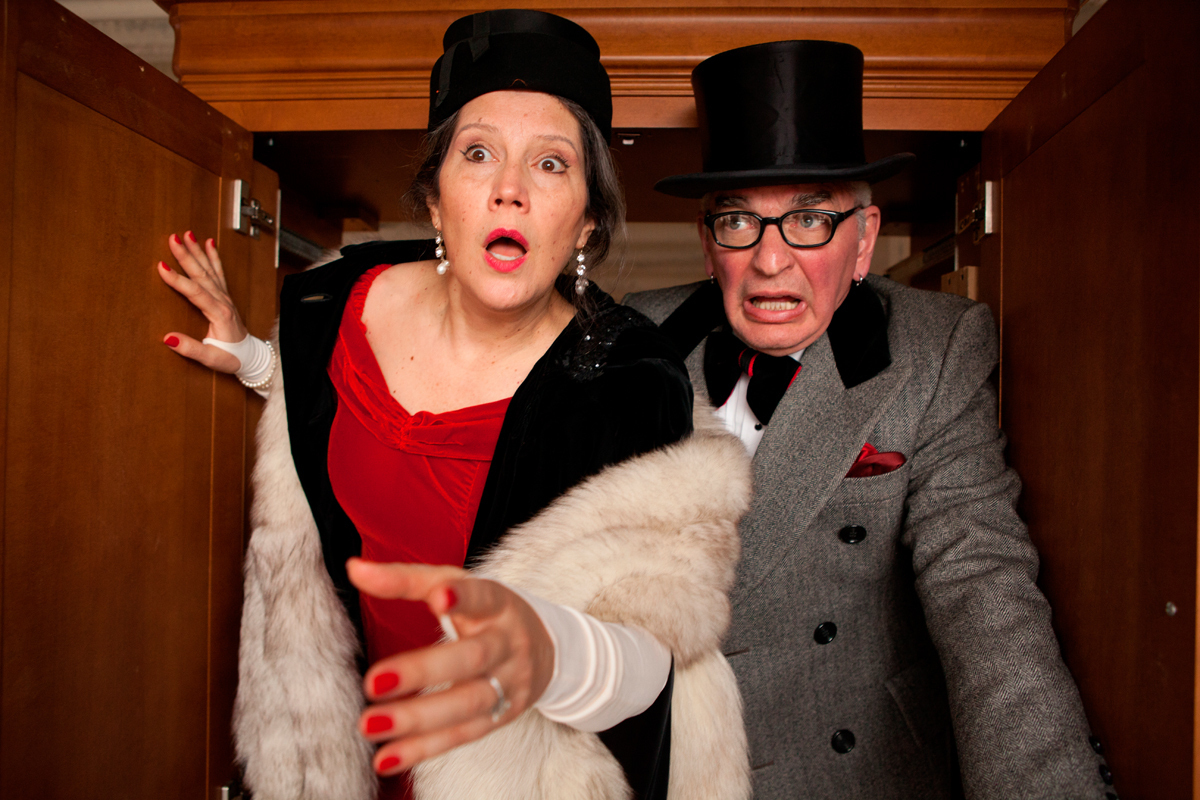 Man’s parents, both unnamed, emerge from a closet. Though married, the two characters could not be more different in terms of personality. (credit: Photo courtesy of Heather Mull) 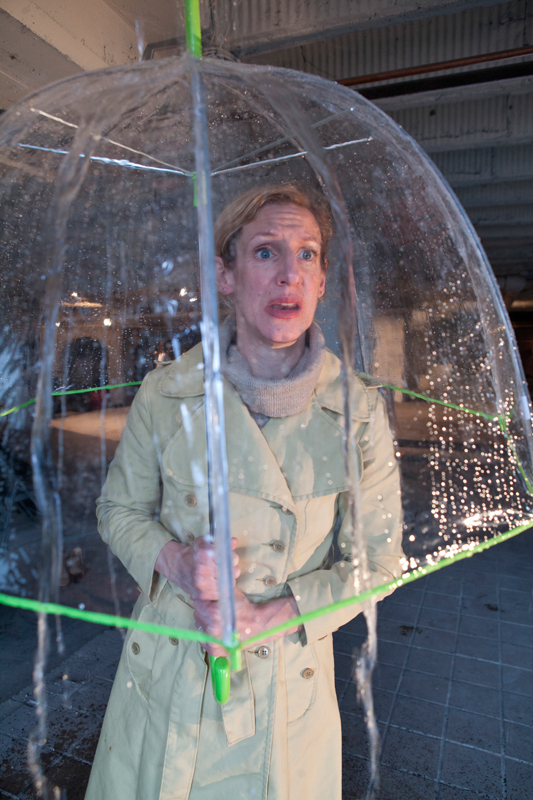 Gry, Man’s ex-wife and the only named character in the play, is always portrayed in the rain. (credit: Photo courtesy of Heather Mull)

In the last seconds before death, what would you see flashing before your eyes — your greatest regrets, your happiest memories, or something so extraordinary and unthinkable that it can only be experienced in the throes of death?

This question pervades the production of Dream of Autumn, a surrealist play written by Norwegian playwright Jon Fosse and translated and directed by Sarah Cameron Sunde, at the Quantum Theatre in East Liberty.

It is impossible to pin down the exact story of Dream of Autumn; it floats somewhere between the long shadows and ghostly figures of the play. At its core, Dream of Autumn is about a man who relives his life in fractured visions as his existence comes to an end. In a scattered collage of bittersweet memories, broken relationships, and emotional turmoil, Dream of Autumn touches upon a range of subjects: love, lust, family, death, fear, trust, loss, and the passage of time.

The characters are a strange combination of enigma and personality. All but one go unnamed. They speak in sometimes meandering, sometimes repetitive dialogue. However, they are fascinating and unforgettable, brought to life by an amazing performances by the cast.

Giles’ portrayal of Man was particularly fascinating. Not only did he cover a wide range of emotions in expressing the character’s inner turmoil, but he also managed to punctuate his performance with moments of unexpected comedy, with an odd word or shift in tone here and there to lighten the mood.

The staging was simply phenomenal. The set felt like a Salvador Dalí painting brought to life. Pieces of bone-white furniture half-buried in sand became tombstones where a basement had been converted into a graveyard.

The play’s set and costume designer Narelle Sissons, who is an associate professor of scenography at Carnegie Mellon, spoke about her reasoning for the set design: “The only thing Fosse gives us in the text are a bench, some gravel, and a graveyard. We did not have a bench, gravel, or a graveyard. Instead, we wanted to build a psychological space, in the basement of this mansion, an abandoned basement in decay.”

The elements of the production often inundated the audience all at once. For instance, in a scene where Man must choose between his parents and Gry or Woman, there are sudden, sharp changes in lighting and sound as the characters engage in a bitter, desperate back-and-forth dialogue. There is a real sense of tension and discord, as if the world is being torn apart at that very moment.

At the end, when the twin hourglasses that run for the duration of the play are out of sand, there is still a trail of questions left unanswered. However, the beauty of the play is that, in leaving behind a mystery, it generates a great deal of introspection. You will wonder what you will see just before you die, what the most important part of your life is, and what you will do until that inevitable day when your very own dream of autumn comes to you.