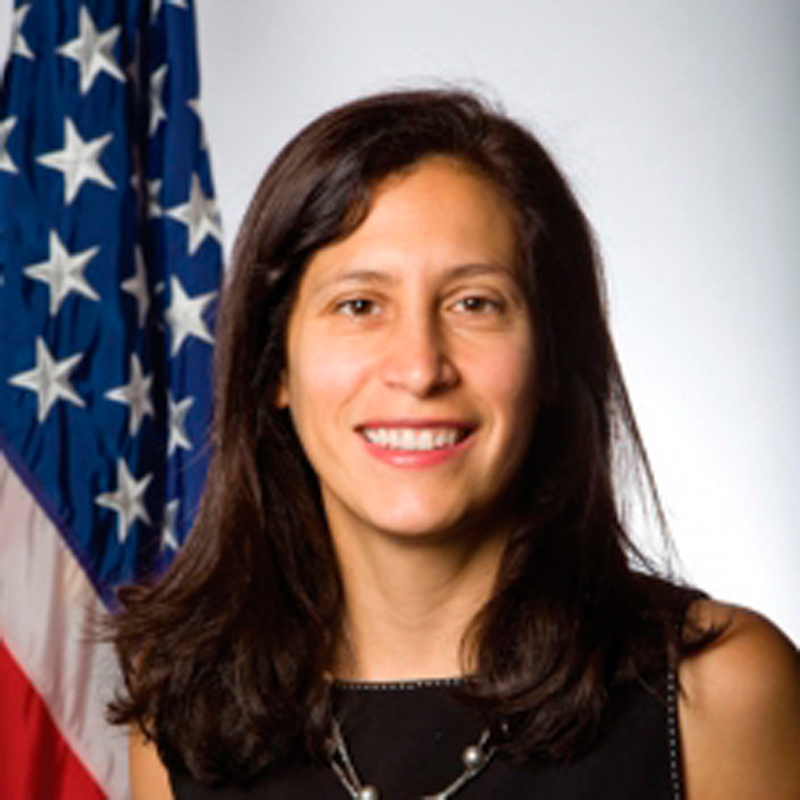 Victoria Espinel, the U.S. Intellectual Property Enforcement Coordinator for the Executive Office of the President, gave a talk in Hamburg Hall at noon last Thursday as part of the Heinz College Convocation open forum series. Titled “Protecting U.S. Intellectual Property: A View from the Front Lines,” Espinel’s lecture covered how one manages to wind up in such an obscure yet important position and offered a look at the current issues facing the United States in the realm of intellectual property enforcement.

Espinel’s talk was divided into two categories: The biography of her professional life, and what her department is currently engaged in doing. In terms of career, she offered several key pieces of advice to those gathered there. “Do things that intimidate you,” Espinel urged students, saying that she would never have reached her current position if she had not made career moves that were not “safe.” Students were also advised to find their own styles and not to worry about being credited with work.

“If you’re building a team,” Espinel said, “hire people better than you, people who want your job.” She argued that people after your job will be motivated to prove themselves, meanwhile making you look good so that there will be a job for you to move on to.

Those strategies served Espinel well as she made her way from law school to law school, going from a job as a securities lawyer to working in telecommunications law. Ultimately, Espinel found herself as an expert on copyright issues after she registered for a semester at a school in London where the professor she intended to take classes with was on sabbatical. Espinel was appointed to her current position in September of 2009 by President Obama, and was confirmed by congress shortly after.

“Protection of intellectual property is critical to our economy,” Espinel said, citing former chairman of the Federal Reserve Alan Greenspan’s claim that the U.S. economy is currently based more on conceptual goods as opposed to physical goods. On a related note, she argued that the trade deficit is not quite so dire as it may appear if one takes into account that it is offset by a trade surplus in services and intellectual properties.

The main concern in the world of intellectual property enforcement seems to be trade secrets. Manufacturing processes and technological advancements are of critical importance to some businesses, but to stay effective in the face of globalization it is often necessary to share important pieces of intellectual property in regions where they are at risk of being pirated.

However, Espinel stressed that “the country should be “supporting companies even if they move jobs overseas, but they need to do it in a way that makes sure that they retain their value to the U.S.”

While fielding questions, Espinel commented on some of the more sensitive issues in international copyright law. While she acknowledged the need for relaxing some of the stricter parts of Intellectual Property Law in regards to technology transfers with developing countries, it is important to prevent “forced technology transfers, [with] companies being forced to hand over know-how” by foreign powers.

Audience reaction to Espinel’s lecture was positive. Master’s student in public policy and management Adhithi Adhi said, “It was nice to know what the current administration is doing about trade secrets and copyright.” Adhi appreciated the talk for helping her understand an issue she didn’t know much about , having come from India.

Ian Kloo, a fellow master’s student in public policy and management also enjoyed the talk. “[It’s] not super related to my studies but it’s a hot topic.” Kloo was also pleased with the forum series as a whole. “In general the Convocations have been pretty good, they’ve managed to get pretty high-level people.”