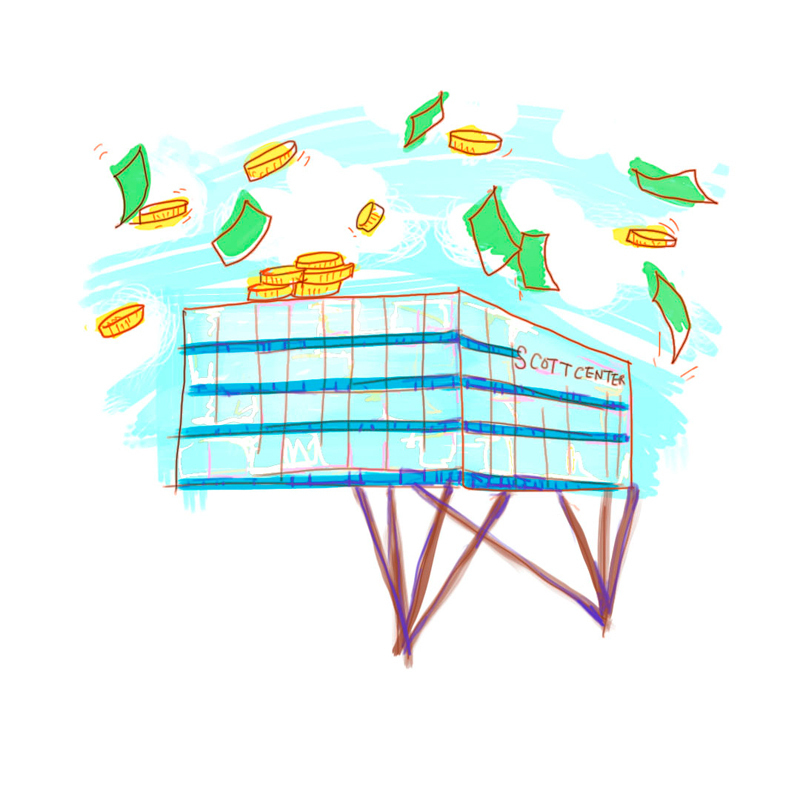 Carnegie Mellon’s Wilton E. Scott Institute for Energy Innovation was recently the beneficiary of a $30 million donation from the Richard King Mellon Foundation.

This donation comes as one in a series of recent large donations the university has received to sponsor the creation or maintenance of crucial educational departments.

These contributions also follow the fundraising by the Inspire Innovation initiative, which raised over $1 billion, exceeding its fundraising goal for the university.

The Inspire Innovation campaign was intended, according to website, to “increase the power and reach of Carnegie Mellon. In practical terms, this means building our endowment.”

The money raised is meant to be split among several categories, including “Retaining and Enhancing a World-Class Faculty,” “Supporting a New Generation of Student Innovators,” “Sustaining a Foundation of Excellence,” and “Enhancing an Innovative Environment.”

Carnegie Mellon’s information website about the endowment describes it as “a collection of individual funds established by donors and managed by the university as a set of pooled assets.”

Practically, this means that the endowment is not a lump sum that the university can allocate as needed, but is rather a set of many funds, coming from various donors, meant to achieve specific philanthropic goals. The endowment is meant to be self-propelled, according to the website.

“Invested wisely, endowment principal grows while the income it generates makes possible the investments necessary to maintain excellence and to seize opportunities that might otherwise go elsewhere or be lost entirely.”

According to their website, the Richard King Mellon Foundation — created in 1947 by Richard King Mellon, president of Mellon Bank — is a trust with assets of over $1.9 billion used for various economic, philanthropic, and environmentally beneficial projects.

This donation has been allocated to Carnegie Mellon’s efforts to expand its initiatives toward energy research, education, and innovation.

This comes in the wake of the announcement of the creation of the Scott Institute in September 2012, created to address a range of environmental issues and to develop more efficient energy solutions.

The 2007 donation was invested in initiatives in the life-sciences fields, particularly focusing on research and educating future leaders in the field.

In addition, part of the $25 million was used to start a Life Sciences Competitiveness Fund, which supported the hiring of new faculty, construction of new labs, and establishment of a President Scholars Fund, according to a university press release.

Although the recent donation from the Richard King Mellon Foundation is the largest private foundation grant in the university’s history, the largest donation from an individual was from former steel executive William S. Dietrich II, in the form of a $265 million grant meant to aid in the interdisciplinary fusion of liberal arts and technical fields that characterizes Carnegie Mellon.

As a result, Carnegie Mellon’s school of Humanities and Social Sciences was renamed after his mother, Mariana Brown Dietrich, in 2011.

Dietrich — who earned his Ph.D. from the University of Pittsburgh and was on the Pitt Board of Trustees — was also a longtime Carnegie Mellon trustee.

Dietrich’s donation is the eighth-largest gift to a university nationally and 14th worldwide.

Dietrich also donated $125 million to the University of Pittsburgh, eclipsing the former highest donation of $41.3 million in 2007 from Ansys founder John Swanson.

Dietrich was president of Dietrich Industries—one of the largest manufacturers of steel framing studs in the world from 1968 to 1998 — according to the Pittsburgh Post-Gazette.

Dietrich’s gifts to Carnegie Mellon and the University of Pittsburgh were granted upon his death on Oct. 6, 2011, at the age of 73.

Before Dietrich’s gift, the largest donation from an individual to Carnegie Mellon was from David A. Tepper and his wife Marlene, from whom the Tepper School of Business takes its name.

Tepper was the founder of Appaloosa Management, a hedge fund created in 1993. After earning his B.A. from the University of Pittsburgh, Tepper received his MBA from Carnegie Mellon.

The recent gift from the Richard King Mellon Foundation is one part of a long history of donations to the university.

“We are deeply grateful to the Richard King Mellon Foundation for this generous gift,” President Jared Cohon said in a university press release.

“Developing sustainable energy solutions is of fundamental importance for America and the world, and this gift will play a key role in helping the university and the Scott Institute solve some of our most important energy challenges,” Cohon said.