PSSA’s are barriers to true education 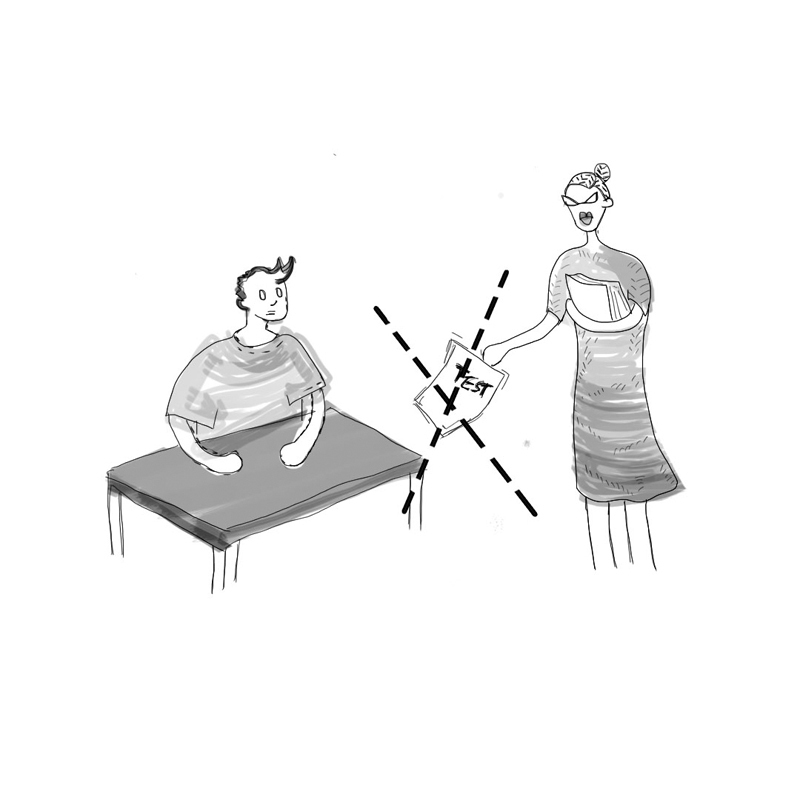 Albert Einstein said it best: “Everyone is a genius. But if you judge a fish on its ability to climb a tree, it will spend the rest of its life thinking it’s stupid.” Sadly, this seems to be an accurate representation of the American education system right now. Things like standardized testing and the No Child Left Behind Act — which perpetuate this mentality — are detrimental to kids, their education, and society.

In Pennsylvania specifically, state-wide testing — the Pennsylvania System of School Assessment (PSSA) — is required for all grades up to eighth-grade, as well as 11th-grade. Schools get funding based on how well their students do, so they pressure the students to do well on these tests. This method of evaluating student progress does not turn out well for the students. Now that parents are starting to realize this, there has been a 21 percent increase of PSSA opt-outs for reading and math and a 36 percent increase for science from the 2010-11 year to the 2011-12 year, according to the Pennsylvania Department of Education. This increase represents a vested interest in how our public schools are run, and a rise in interest for change.

Throughout the year, students are force-fed information that will only matter for the test. It’s not just that teachers are teaching to the test — they’re forcing practice materials and worksheets on kids who don’t necessarily want to learn at all. When the kids ask “Why does this even matter?” as kids do, there is almost no other answer to give them than, “It’ll be on the PSSA.” Some kids that genuinely like learning and who unashamedly question just about anything turn into either robots that mechanically spout answers or sighing sarcastic children that don’t want anything to do with school.

Additionally, teaching to state tests and forcing kids to learn one skill set — knowing how to take tests well — will not only set them back after school, but turn them further away from the notion of education or learning. We all realize that being well-rounded is better than only being well versed in one subject — so why should education be any different? Kids go through the education system learning for tests, then spend the next week purging all of that information to cram the next test’s material into their heads.

This entire system is detrimental to society. These kids that have been taught to the test all of their lives will eventually enter society to become working members of the human race, and all they will know instead is how to memorize and regurgitate and not how to learn. Even the ones who succeed in their test-taking endeavors and get good grades in school — while they might have even learned some things along the way — are still only thinking of things in terms of the next goal, the next success, the next presentation. They don't consider what they’re doing until then.

Putting Federal mandates on standardized testing is even worse. Schools with poor grades are doing poorly for a reason. Usually that reason is a lack of money and resources. Punishing schools that cannot teach their students well enough to pass the tests by taking away more of their money seems counterintuitive to me. There is no reward for doing well on the tests — only punishment for the schools and the teachers that fail to pass their students. Even schools that are doing well and can’t do better get shunted.

If we just stopped these Federal mandates and put the pressure off schools, we would stop pressuring both the schools and kids into thinking that the only way to a better life is to swallow chunks of information and then spit them back up. These issues would be mitigated, albiet slightly. The long-term solution would be to teach these kids how to think instead of what to think — to get them interested in learning — but that's a long way off.

The public education system has a lot wrong with it, but standardized testing encompasses most of these problems. The purpose of standardized testing is to set equal opportunity — a way to see where students stand compared to other students of the same grade — and level the playing field. But in the end it’s analogous to saying to a fish: “Climb that tree — the same tree as everyone else — so I can test your ability fairly.”