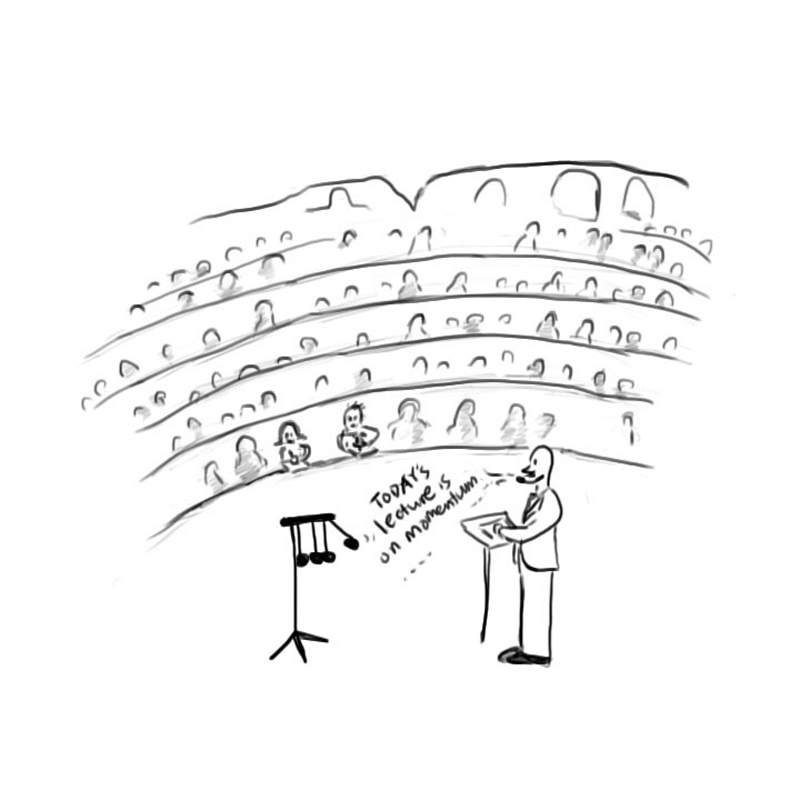 My preparation for the interview to study abroad seemed perfect. The opportunity to leave RWTH Aachen University, Germany for Carnegie Mellon sounded like the opportunity to travel to a better place.

When I found myself being assessed on my capacity to represent my home university abroad, I displayed my enthusiasm for Carnegie Mellon, a place I read about in Randy Pausch’s The Last Lecture. There was, however, one question that I had not seen coming:

“As an ambassador for our university, what is it that you would tell an American in order to make him come here for a year?”

At the time, Carnegie Mellon seemed to be an escape from a place whose strengths I did not yet recognize. There are several flaws of my university and the approach it takes to educating future engineers.

With four to five courses each semester, the workload in Germany — particularly having problem set after problem set thrown at me — was frustrating. Instead of fostering interests in a specific subject, the weekly workload made it impossible to further research a topic presented in class. My expectations of a scholarly life full of captivating insights were not met. Quite the opposite, at no point did the university appear to care about its students, with the most difficult subjects like thermodynamics yielding 40 percent fail rates. Achieving a C+ or B- on an exam was often considered an above-average performance.

I also did not see myself thriving in an environment with large class sizes and little space to study, both due to funding. Even though RWTH Aachen is funded more adequately than any other university in Germany, according to Financial Times Duetschland, our “first-year experience” in engineering is sitting in a gigantic lecture hall with over 1,000 students. During my first year, I had trouble coping with the fact that I seemed to have turned from an individual into a mere number. I could not help but feel that my institution would not notice if I dropped out.

Finding study locations during the most intense periods of the semester became an art itself. A long queue of students waiting outside the library at 8 a.m. was a common observation.

This lack of funding hurt the undergraduate experience, as it made individual lab experiences impossible and it impinged on lectures. Malfunctioning microphones in the lecture halls of Germany’s top technical university are expected. Despite the university officials’ promise to make lecture hall equipment reflect the high standards of RWTH, the implementation of these changes are slow. If installing a new microphone is economically unfeasible, how can one even hope for a more practical lab experience that utilizes expensive equipment?

Professors also often have limited availability. The conversations I have had with professors always inspired me — reason enough to fantasize about how great close collaboration between students and professors would be. While teaching assistants were available to speak multiple times a week, professors were not often available because they rarely have set office hours. One of the reasons for that is the role of professors at a lot of German universities. Rather than being heavily involved in research themselves, professors act as managers who define the pathway that research in their department should take. Therefore, their connection to undergraduate students is often limited to the lectures that they give.

Because of these aspects, Carnegie Mellon embodied the “Promised Land” in terms of education. I dreamed of small classrooms, fair grading, and problem sets that taught meaningful material. In America, there would be professors with regular office hours, available computer clusters, and grades that reflected the work put into courses.

My hope was that combining experiences from German and U.S. universities would help students become better engineers.

While my experiences at Carnegie Mellon have allowed me to realize my home education system’s flaws, they have also allowed me to identify its strengths, which I will talk about in my next article.