Pitt should be sweating over student concerns 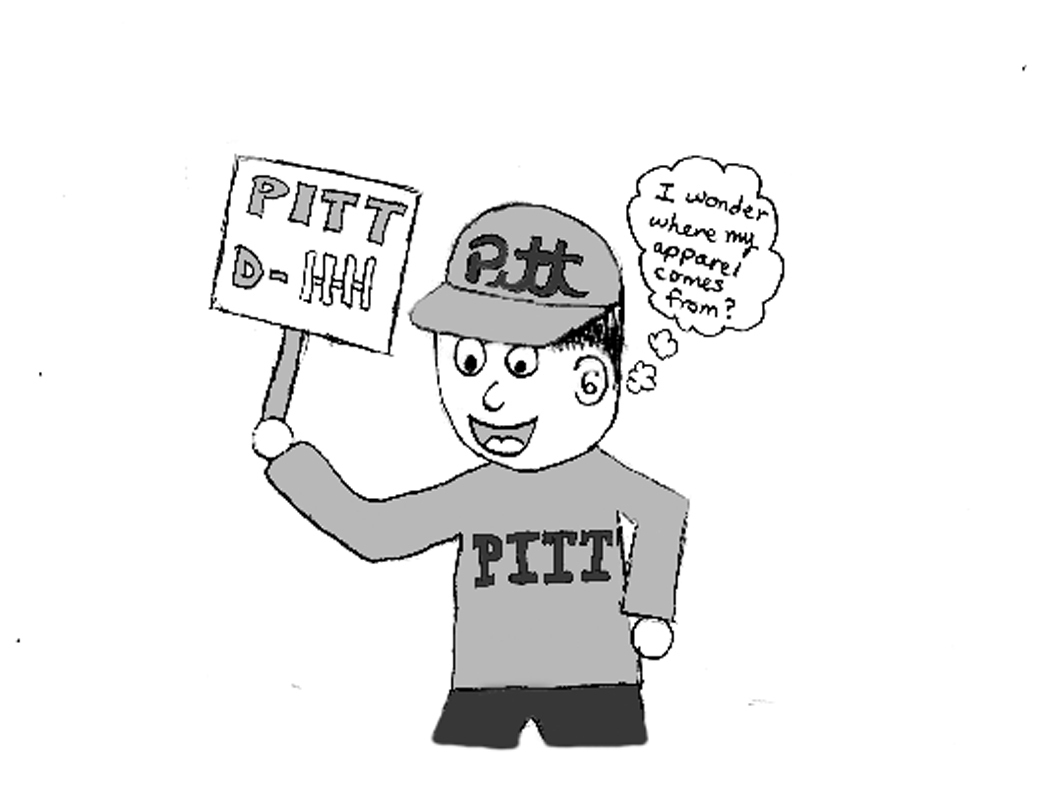 It’s time to look into where your university apparel comes from — at least if you own University of Pittsburgh-branded clothing.

Pitt students are uniting to encourage their university to affiliate with the Worker Rights Consortium (WRC), an independent organization founded by students, university administrators, and labor rights experts that aims to end labor abuses and to defend workplace rights in factories, particularly in sweatshops that produce university apparel.

Duquesne University, Chatham University, and Carnegie Mellon are among the 180 organizations already affiliated with the WRC.

While Pitt has the right to not affiliate with the WRC, the university’s response — or lack thereof — is unacceptable.

Joe Thomas, founder of Pitt’s chapter of Americans for Informed Democracy, delivered multiple letters to Chancellor Mark Nordenberg last fall asking for Pitt to affiliate with the WRC. During a meeting with Vice Provost and Dean of Students Kathy Humphrey and Vice Chancellor G. Reynolds Clark, Thomas said the officials “didn’t see the point of joining” the WRC and questioned students’ motivations.

While officials representing the university met with students and attended student-run events related to sweatshops, their responses do not indicate that they have seriously considered the notion of affiliating with the WRC. The lack of interest by Pitt officials also shows a lack of respect for student concerns. Students drive sales when they purchase university apparel, and their voices should be heard.

The university must respond promptly to student outcries and stop pushing aside the notion of affiliating with the WRC. While they may decline partnering with the WRC, they must at least provide a supported argument for their choice. Is it the cost of affiliation, which can be up to $50,000? Is it a disagreement with the WRC’s mission? Is it a question of whether or not the WRC will help Pitt ensure that its apparel comes from factories that promote workplace rights?

Admittedly, Pitt Senior Associate Director of News John Fedele wrote in an email to The Pitt News that Pitt was already “satisfied with the [Fair Labor Association] and its work in this area,” referring to the organization affiliated with the university. However, this claim is vague and needs to be supported by specific reasons why the university trusts the Fair Labor Association, which students and labor rights activists claim receives funds from the factories it inspects.

When asked by the Pittsburgh Post-Gazette, WRC executive director Scott Nova claimed that the university had not contacted the organization. Given the rising student outcry, one would think that, at the very least, Pitt would contact the WRC to discuss the possibility of affiliation.

The lack of action by the university should not go unnoticed. Students look up to their universities as bodies that have the power to promote change. They rely on that body to foster their ideas and help them meet their goals. When the university’s vision is not in line with the vision of the students, it is the university’s responsibility to thoroughly look into the matter before ignoring a proposed change.

It is not Pitt’s choice to remain unaffiliated with the WRC that bothers me — it’s the university’s lack of response, apparent disinterest, and absence of public research.