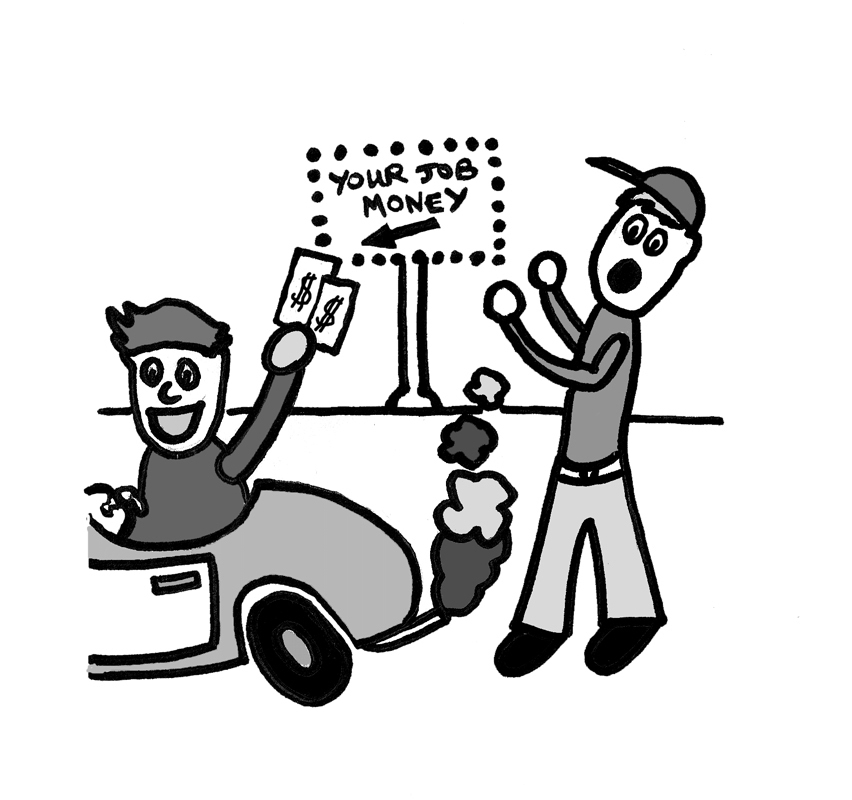 Matt Mastricova’s article last week, “Time to wage war for minimum wage,” defends President Obama’s recent State of the Union proposal to raise minimum wage from $7.25 to $9 per hour by 2015. Mastricova cites studies from the University of California, Berkeley and the Center for Economic Policy and Research, which show that minimum wage increases have no impact on employment. He concludes that minimum wage increases can only be good, as they give higher wages to low-skilled workers. What Mastricova forgets is that the social sciences are not exact sciences.

In social sciences, there is no way to run perfect tests. The only way to imply causation is to test one factor while holding all other factors constant. This is impossible to do with economics because the economy doesn’t operate in a vacuum. You can’t test the effect of just one thing on a system where billions of people are constantly moving money around for reasons spanning from the federal reserve’s quantitative easing to sheer whimsical thought.

We can, however, see a demographic greatly affected by minimum wage changes. According to the BLS, about half of minimum wage workers are under the age of 25. A study on the U.S. minimum wage and teenage employment conducted by economists from the University of Cambridge, University College London, and Claremont McKenna College found statistically significant evidence that increases in minimum wage negatively affect teenage unemployment, holding all other factors as constant as possible.

In economic theory, we see that minimum wages have destructive effects on the employment of low-skilled workers. Employers don’t hire employees if they lose money by doing so. Minimum wages ensure that employers don’t hire any employee whose value is below the government-set threshold; 97.5 percent of workers fall above this threshold and are unaffected.

The real losers to minimum wage are workers whose skills cannot earn them wages above the minimum. They don’t make more because of minimum wage. They just don’t get hired.

Because the social sciences are inexact, we have to rely on economic theory at times to make policy decisions. In this case, we can see that minimum wages are destructive and discourage the hiring of low-skilled workers, while having a negligible effect on overall employment. Though Mastricova’s argument is well intentioned, the studies he cites use incorrect metrics to gauge a reality that is ever changing. Economic theory still holds. Raising the minimum wage only harms the low-skilled workers it intends to help.