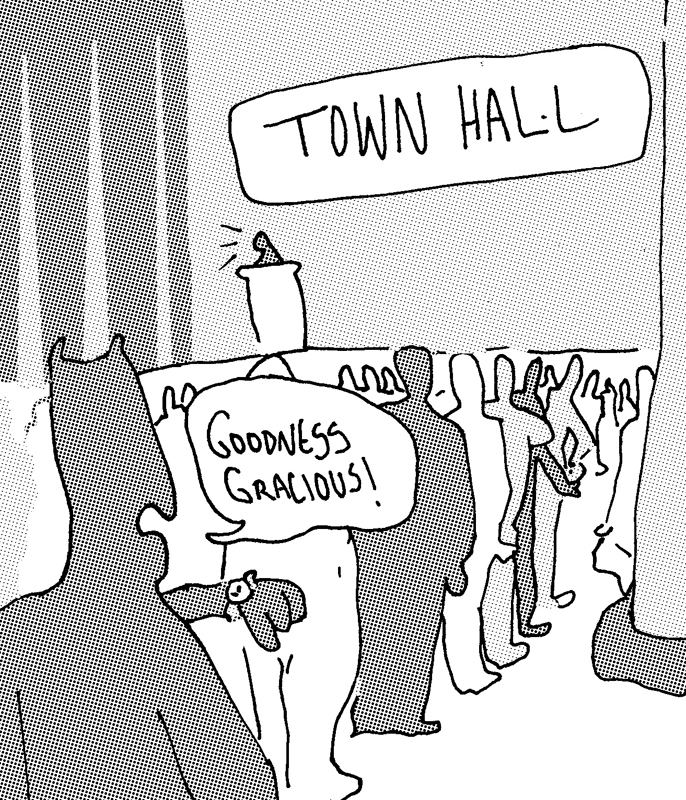 In response to the conversation sparked by the loss of Henry Armero and Katie Chironis’ recent op-ed piece regarding Carnegie Mellon's culture of stress, Dean of Student Affairs Gina Casalegno, Vice Provost for Education Amy Burkert, and Student Body Vice President Meela Dudley hosted a Town Hall meeting for students, faculty, and staff “to explore CMU culture and our well-being as a community.”

We thank the University for addressing our campus’ stressful culture. The Town Hall meeting was a step in the right direction, and a large number of campus community members showed up to demonstrate their interest in the discussion. Furthermore, we look forward to Carnegie Mellon’s future actions regarding this issue ­— but we must highlight the flaws of the Town Hall that were apparent.

The first half hour of the Town Hall was spent enumerating the university’s efforts to establish a positive community. The hosts wasted valuable time that could have been spent listening to students. While their speeches were well articulated, they could have been more concise.

These speeches contributed to a second notable flaw: Attendees that wished to voice their opinions were not given enough time to speak. At least 20 people did not get to talk during the meeting. For future Town Halls, a website could be created for students to sign up in advance to speak. A predetermined time limit for speeches could also be instituted, so that everyone would be guaranteed an opportunity at the podium.

Many students also shared narrative-driven stories at the Town Hall. While the stories were admirable, many were only tangentially related to Carnegie Mellon’s culture and prevented some students from speaking.

Despite these flaws, the Town Hall was highly attended, and it successfully increased community involvement in regards to the stress culture. The people that spoke during the session offered a variety of discussion topics and solutions. While the Town Hall was meant to identify the problem in our campus and the sources of stress, some students voiced solutions to specific aspects of our community. The solutions they voiced were valuable as well. Sophomore Kelsey Dietz recommended a three-unit course called “Caring@Carnegie Mellon,” which would teach students how to remain emotionally healthy while balancing university life. This type of course would be helpful for first-year students adjusting to a new life without parental guidance and would remain relevant to them throughout their time at the university.

Given how important this discussion is to the campus, and to students’ general health, we hope Carnegie Mellon continues this discussion and we look forward to what will inevitably be a gradual but important change.