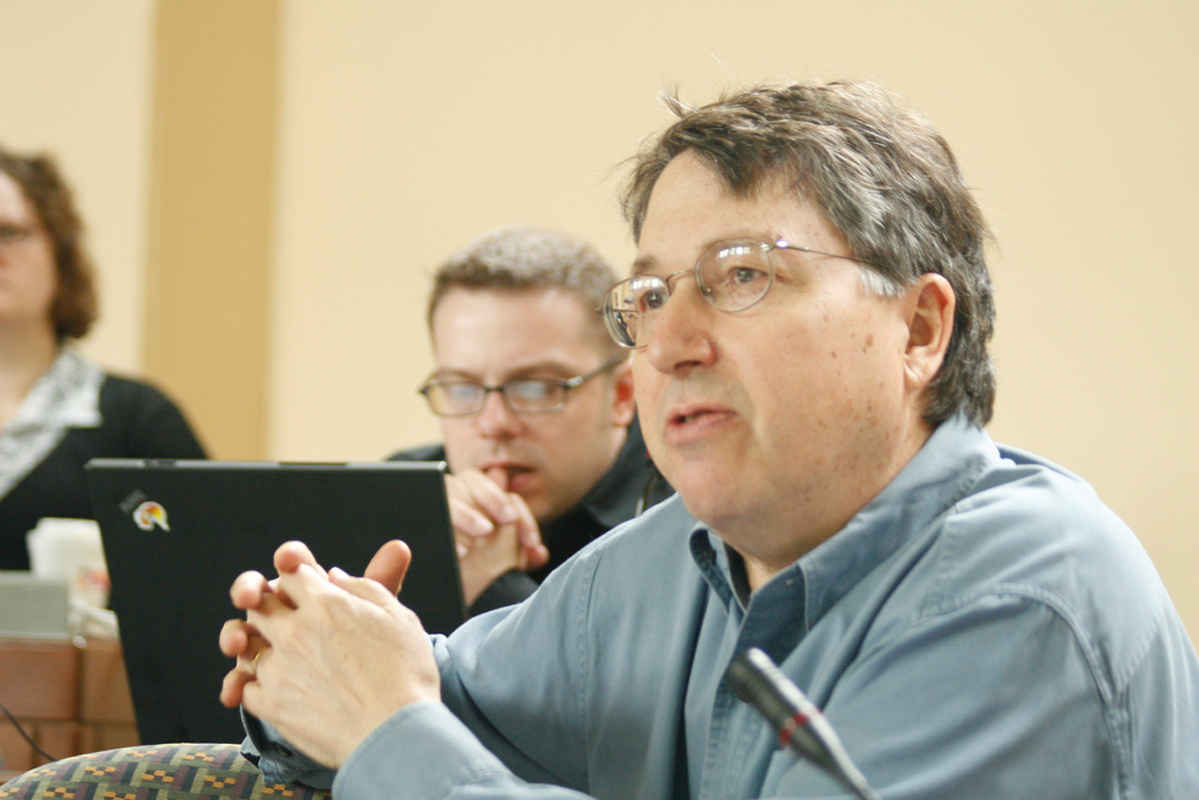 After wading through heaps of red tape, piles of patents, and a collection of copyrights, what does it actually mean to own something that you’ve created? Is an idea, a song, or a work of art something that you can own and keep to yourself, allowing no one else to build on it?

The Phi Beta Kappa Visiting Scholar program sponsored a lecture last Monday by Lewis Hyde that examined these delicate questions. Hyde, who is the Richard L. Thomas Professor of Creative Writing at Kenyon College, has written several books on the subject, including his most recent, Common as Air: Revolution, Art, and Ownership.

Hyde’s lecture, entitled “The Cultural Commons and the Collective Being,” focused on collaboration and innovation. Though the lecture was somewhat scattered and felt thrown together, the message was still delivered clearly. The lecture was brief but inspiring, prompting the audience to pose a variety of questions on the common property debate.

Hyde’s argument centered on the idea of a common area for a community, which began in the Middle Ages in England. The commons was a large area in which everyone was permitted to graze their animals, plant crops, or help the community flourish in other ways.

In the midst of the differing opinions surrounding intellectual property, these ideals have been reinvented and reapplied to fit a modern context. Hyde’s lecture drew strong parallels between the fields of Medieval England and the vast ocean of culture in today’s world, specifically focusing on the controversy that surrounds collaboration, and on innovation that builds on art, music, or ideas that already exist.

The idea of a large pool of cultural material, be it art, music, ideas, or beliefs, that one can draw from in order to fashion something completely new and different is very alluring. In an age driven by innovation and the drive to get to the next big thing, it’s important to make all advancements publicly available, Hyde argued.

He went on to say that ever since the birth of our nation, the best and strongest ideas — such as the notions that drove the Constitution — have come from the spirit of collaboration. However, in more recent years, the battle for the right to own intellectual property has endangered these beliefs.

The lecture was relatively brief and very quirky, specifically the PowerPoint that accompanied it; the presentation featured relevant information juxtaposed with inexplicable pictures of Japanese trees. The overall message of the lecture was thought provoking and relevant, especially on our campus, which puts such a strong emphasis on creative collaboration and innovation. With more resources and ideas from which to draw, the realm of human creation positively explodes.

Imagine if red, blue, and yellow were all different ideas, created by three different people. Under the current copyright and patent laws — which, according to Hyde, discourage collaboration and the use of the ideas of others — we would never get to green, purple, orange, teal, magenta, or chartreuse. Think of all the colors that we have yet to discover.

Hyde believes that by changing not only the mindset of our culture — which puts so much emphasis on the ownership of ideas — but also the laws that restrict us as a creative community, we can expand upon our creative limits. All we need to do is add more paint samples to the mix and encourage painters to elaborate upon those that already exist.