Students team up for Rwandan kids 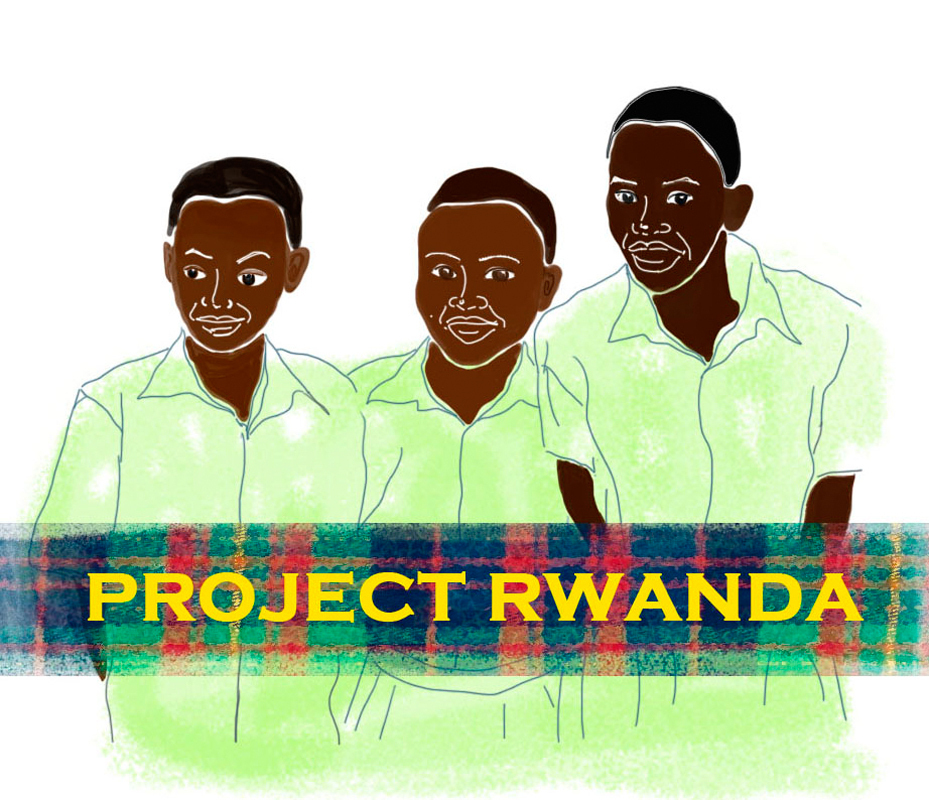 A group of Carnegie Mellon students is devoted to improving life for schoolchildren in Rwanda. Project Rwanda, a service initiative founded in 2010, recently began recruiting students for an upcoming trip to Rwanda.

Project Rwanda teaches primary school students in Kigali, Rwanda, how to use these laptops through classes in programming, typing, and creative thinking.

Alexander Rothera, a senior fine art and human and computer interaction double major and member of the Project Rwanda team, described his visit to Rwanda. “There was this really incredible moment when we first got there, and they had this giant padlock on the storage closet that they opened up. And then he opens the door, and there’s a mound of laptops covered in dust. They were brand new, and no one had opened them. The school that we went to had 400 laptops unused.”

During their visit, the Carnegie Mellon students were able to put all 400 laptops into use. Many of these Rwandan students had never used a computer before. Through the help of talented translators, the Carnegie Mellon students taught them simple gestures, such as left clicking and right clicking. They instructed students in programming by having them play logic games and also encouraged students to use their creativity through acting and public speaking classes.

Faradji said, “There is no fine arts education in Rwanda. They don’t do music or drama. They don’t have theaters. It’s a very timid society … they’re all wearing their little uniforms, and are very respectful. I wanted them to be more confident: talk in front of their peers, be more creative. It was great to see how they started out really shy in the beginning, and then as they started warming up, they became much more lively and were really excited to show their work.”

The Carnegie Mellon students were only able to work with two grades of Rwandan students in a single primary school and were unable to connect with the teachers on summer break.

In order to reach out to more students, Project Rwanda is working to expand its program.

When this project was initiated, it was unforeseen that a Carnegie Mellon campus would be started in Rwanda.

Carnegie Mellon Pittsburgh’s Project Rwanda is now hoping to partner with both the campuses in Qatar and Rwanda to grow the program and develop a continuous presence among Rwandan primary school students.

This summer, Project Rwanda is hoping to send eight to 10 students each from the Pittsburgh and Qatar campuses to Rwanda for two to three weeks. Interviews are currently being conducted to select the group of students from Pittsburgh.

Goals of the project include establishing a Mentor-Mentee program between Carnegie Mellon Rwanda graduate students and local youths; launching a One Day Summer Reunion for children who have participated in the program since 2010; and using cross-campus video conferencing to connect youths from Rwanda, Qatar, and Pittsburgh.
Rwanda is often associated with war and genocide, so many question why Rwanda was chosen as the site of the project.

However, Rwanda is also one of the fastest-developing African countries.

Rwanda was the first country in which women were the majority of those elected to serve in the national legislature.
Efforts are also being made to sustain electricity coverage and to provide a national communication fiber-optic network to 30 districts. The Rwanda Ministry of Education outlines a priority of “making post-basic education more accessible and more relevant to our national needs.”

“Maybe [the children] can one day go to a school like CMU in Rwanda. It’s something that no one has heard of before, and something that the president of Rwanda really supports. Part of his initiative is rebuilding Rwanda after the years of genocide through technological education,” Faradji said.

Rothera added that it’s important to look at “the great things that can happen in the country, and how incredible the students are at learning—basically, the potential for such a small country. They have great plans and leadership for how to move forward.”

Both Faradji and Rothera are planning to stay involved with Project Rwanda after graduating from Carnegie Mellon this spring.