Final Fantasy proves to be anything but final 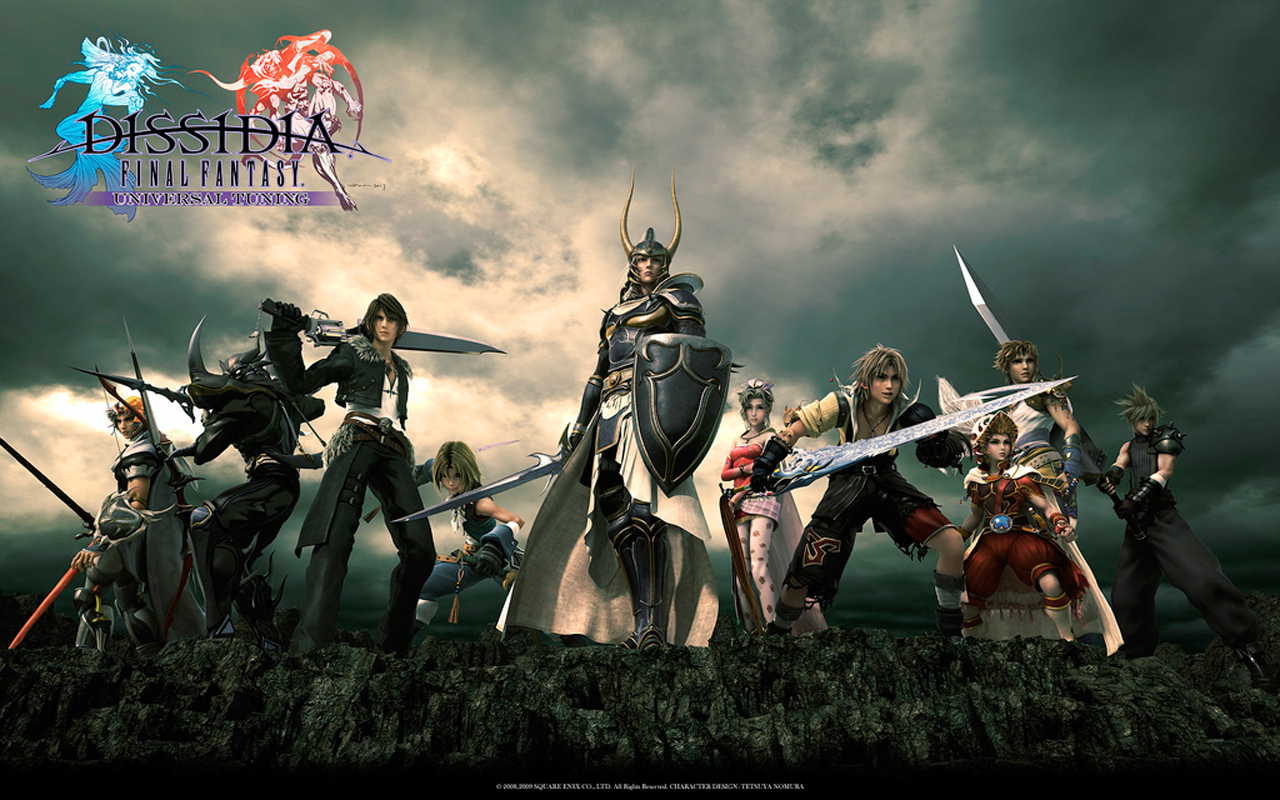 The Final Fantasy series excels in its ability to mold deep, diverse, and complex character types, each unique to the player who creates them. (credit: Courtesy of CLF via Flickr)

Just over 25 years ago, a game called Final Fantasy appeared on store shelves in Japan for the Famicom (known to us as the Nintendo Entertainment System, or NES). According to an interview in Beyond Final Fantasy — a bonus DVD from European versions of Final Fantasy X — the game’s creator, Hironobu Sakaguchi, truly believed it would be the last game he would ever make: hence, the ominous name. What he did not anticipate, however, was that Final Fantasy would be a gigantic hit, taking the video game world by storm and doing extremely well in both Japan and North America, where it was released almost three years later.

The game was first proposed around the time the original Dragon Quest was released; it had demonstrated that role-playing games could sell well. Its success was so great that a myth began circulating that after the third game in the series was released, Japan had to pass a law that Dragon Quest games could only be sold on weekends or holidays, because so many people were skipping school and work to stand in lines to purchase the games.

Mainly inspired by Dungeons & Dragons, Sakaguchi and his team wanted to make the then-standard of turn-based RPGs as close to Western pen-and-paper RPGs as possible, according to an interview with 1up.com. This meant introducing enemies with specific weaknesses, something the genre had long ignored. The game also allowed players to choose specific members of their four-person parties from a list of six different types: warrior, thief, black mage, white mage, red mage, and monk. The players therefore had much more control over their fates than in any other game before — a fate that could spell certain death if players chose their parties unwisely. It also allowed the player to see his party at all times, taking a third-person view in battles when the norm at the time was to switch to first-person during enemy encounters.

After the game did surprisingly well in both the Japanese and North American markets, video game developer Square (now known as Square Enix, after merging with Enix in 2003) naturally wanted to continue the series. Fourteen main-series and 32 spinoff games later, the Final Fantasy series continues to push and introduce new concepts to a genre that could have died off long ago — something it has done since inception. With Final Fantasy III came the job system, a tool with which players could change their characters’ types to allow for more diverse, complex, and powerful characters that were truly unique to the player. Final Fantasy IV was the first game to turn away from the classic “chosen hero” story formula and presented a truly compelling plot and backstory, something that has continued throughout the rest of the series — except perhaps in Final Fantasy V.

Final Fantasy VII brought the series into the third dimension on PlayStation and further developed amazingly deep story lines. The game featured internal mini-games that, unlike many games of the time, were somewhat enjoyable. With every new arrival of the series, Final Fantasy pushed and broke the boundaries and preconceptions of what an RPG was and could be.

This is not to say the series is without fault. The most recent addition to the spinoff collection, Final Fantasy All the Bravest for iOS, is an absolute abomination. The premise is simple: The players control a horde of heroes from the series and battle a horde of enemies. And that’s all there is. With the swipe a finger, every character that the player touches attacks. So where’s the appeal? The only really “new” element is that the characters from the 3-D games have been grotesquely turned into 32-bit representations of themselves.

However, in order to unlock any of the more famous and recognizable characters, one must pay an additional cost (something to the tune of $1 per character) — and that’s just for a random character. If this isn’t a clear example of what’s wrong with the gaming industry, I don’t know what is. The new sprites of the characters and locations in 32 bits is a little cool, but that’s as far as I’m willing to go with praise for this game (especially because it’s clear that the characters are not much more than recolored versions of each other).

The most recent blunder aside, the Final Fantasy series is a great beacon for others to aspire to. Some argue that the quality of the games has been dropping in recent years. However, I attribute this to the nostalgia factor: People view the games they grew up with as intrinsically better, much the same way I prefer A New Hope to Empire Strikes Back, even though the latter is clearly the better Star Wars film. Final Fantasy was the series that brought RPGs to the West, and for that alone it should always be held in high esteem, aside from being one of the greatest video game series ever made.