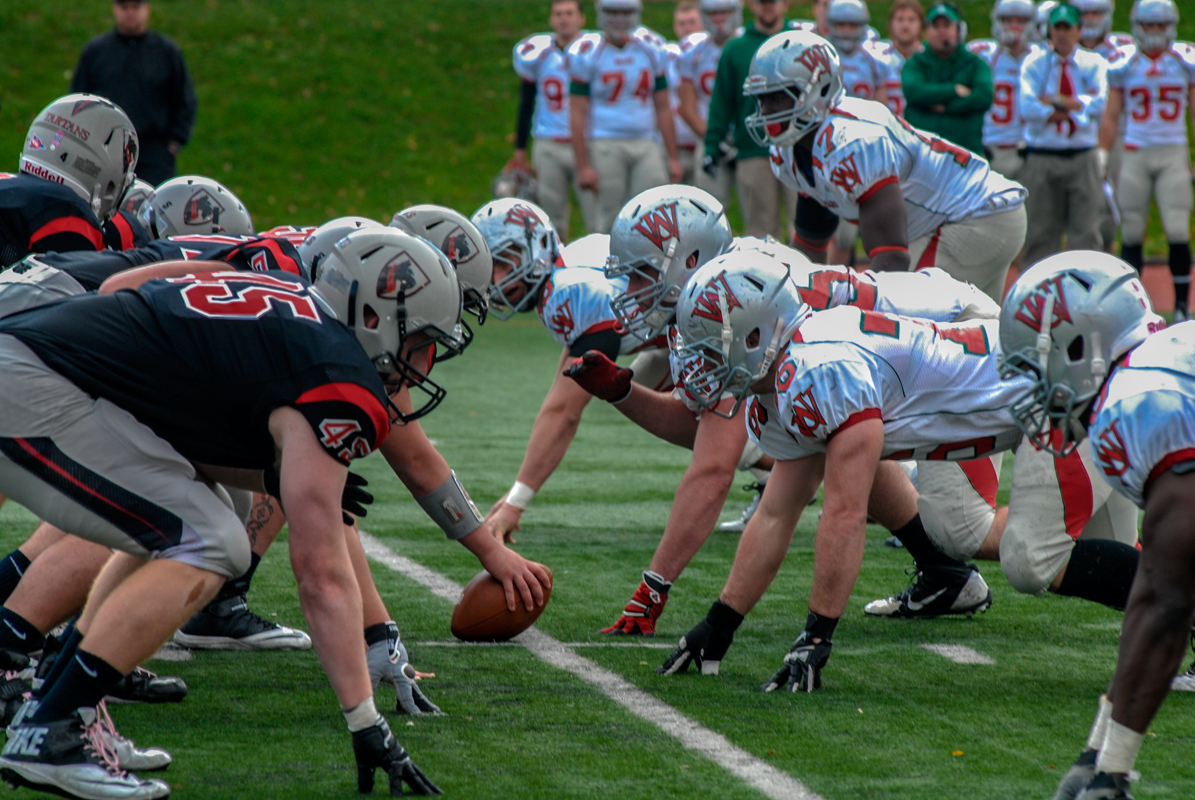 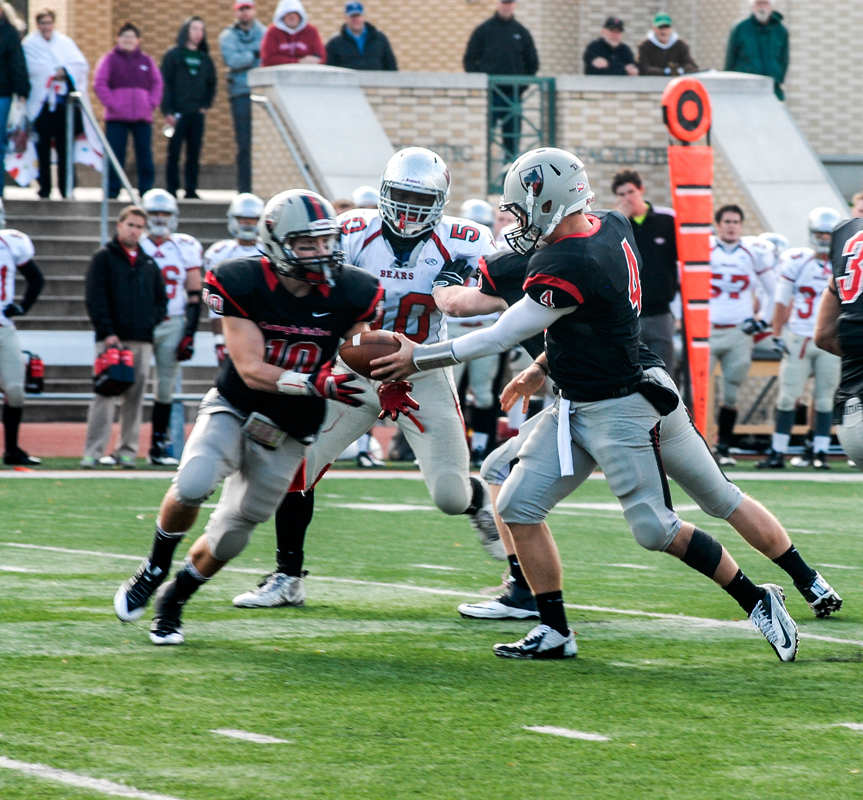 Before the game, head coach Rich Lackner said that the Bears were a very balanced team. “I can’t point to any weaknesses on Wash. U.’s team,” he said.

In a low-scoring affair in which the Tartans found themselves leading for the majority of the game, the Bears managed to sneak away with a 9–7 victory with a long field goal in the waning seconds of the game.

After a slow start and finding themselves down 6–0 early in the first quarter, the Tartans drove 72 yards down the field in 11 plays to get on the scoreboard in the second quarter. Senior quarterback Rob Kalkstein found senior tight end Bryce Pardoe for a 7-yard touchdown pass for the Tartans.

The drive was spearheaded by a strong running game featuring senior fullback Zachary Erra-Hernandez, whose 27-yard scamper put the Tartans in a good field position to score on a touchdown a few plays later. After a successful extra point by sophomore kicker Connor Young, Carnegie Mellon took a 7–6 lead, and the momentum began to swing in their favor.

The game turned into a more defensive battle, however, as both teams exchanged punts until the halftime whistle. In the third quarter, an over-thrown ball by Washington quarterback Eric Daginella found itself in the hands of senior cornerback Liam McGrath for an interception, giving Carnegie Mellon the ball at its own 44-yard line.

Both teams committed costly turnovers, with the Bears committing four and the Tartans three.

Sophomore cornerback Vince Demarchi grabbed another interception of his own later in the third quarter; however, the Tartans were unable to convert the turnover into points.

Early in the fourth quarter, a fumble by sophomore running back Troy Witt on a punt return gave the Bears threatening field position at the Carnegie Mellon 17-yard line.

Carnegie Mellon’s defense responded on the third down of Washington’s ensuing possession. Junior linebacker Alexander D’Angelo sacked Daginella and forced a fumble that was recovered by senior lineman Ryan Jok to prevent any further damage.

Each team kept a strong defensive presence for the rest of the game, and it seemed that the Tartans would walk away with a win.

With less than five minutes in the game, the Bears began a strong drive beginning at their 29-yard line. After a costly third-down penalty on D’Angelo extended their possession, the Bears found themselves at Carnegie Mellon’s 24-yard line with just over a minute remaining.

Instead of running the clock out, Washington elected to pass. The Tartans forced another turnover, as sophomore safety Malcolm Guya forced a fumble which was recovered by senior linebacker Akwasi Brefo.

With only 71 seconds left in the game, the Tartans needed to convert only one first down to seal the victory. But three Bears timeouts and a strong defense forced the Tartans to punt with 50 seconds remaining.

This time, Washington didn’t commit a turnover and methodically marched to the Carnegie Mellon 28-yard line with 15 seconds left.

Bears kicker Alex Hallwachs, who earlier missed a point-after attempt, redeemed himself with a 45-yard field goal to crush a valiant effort from the Tartans.

Despite the undesired result, the Tartans had many positives to take away and carry to the remaining games.

“Guys just came out focused and ready to play a good football game…. Our intensity level was our strongest attribute,” Brefo said.

After dropping to 3–5 for the season, the team next plays an away game at the University of Chicago on Saturday at 1 p.m. The last home game of the season is at 6 p.m. on Saturday, Nov. 16, which is also Senior Day.