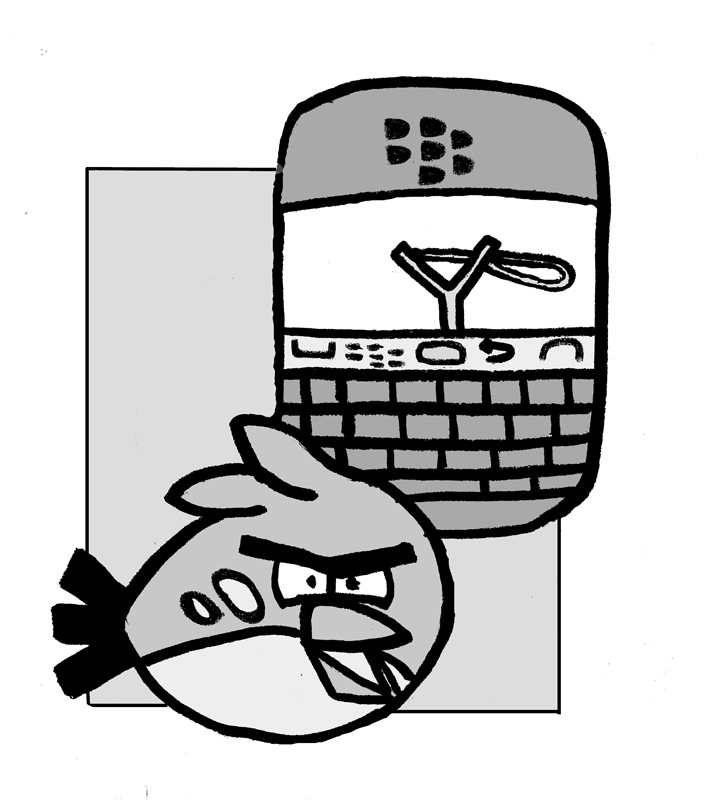 Is there any hope for a company that went from owning half of the cellular device market to less than four percent in just four years? That’s the question revolving around Blackberry Limited, the maker of a line of cellphones that was once essential to many business people. In a Nov. 4 press release, Blackberry announced that John Chen would replace the ousted CEO Thorsten Heins. Chen is confident that he can bring this dying company around, but acknowledged in a phone interview with Reuters that it could take up to six quarters, or a year and a half, to do so.

Perhaps the largest problem that Chen will face in reviving the company is that Blackberry is currently facing an identity crisis.

With devices like the Blackberry Z10 and the Blackberry Playbook, the company attempts to be something that it is not: a consumer-oriented company. It attempts to emulate Apple and Google instead of keeping its primary focus on enterprise.

Blackberry thrived in a time before companies allowed employees to use their own devices on the job. Blackberries were never meant to allow people to play Angry Birds, listen to music, or use applications. They were devices that separated personal lives from professional lives. Blackberry phones were meant strictly for productivity and business, not for entertainment.

Blackberry provides many unique benefits for enterprise, and it must use its resources to tout these benefits. Very few teenagers would be willing to trade in their colorful, playful iPhone 5Cs for dark, corporate-styled Blackberry Z10s with a fraction of the applications. So why does Blackberry attempt to target younger markets with its recently enlarged touchscreens and focus on personal media?

Based upon interviews conducted by CNN, there are three basic reasons why people love their Blackberries: People are addicted to the physical keyboards, they like the red light that alerts them of new messages, and many use the device for work. These people are buying a cellular device strictly for productive communication, not to play Angry Birds or do anything that would require a large touchscreen.

If Blackberry can distance itself from these mainstream applications, it may still have a chance to recover the audience that does not purchase phones for entertainment. Blackberry must act swiftly to restore its company to its bold past. Chen stated that it would take a year and a half to turn the company around, but he may not even have that long. People still remember the old Blackberry, and the brand continues to be reminiscent of a professional and sophisticated brand.

However, this becomes less true every year, as more customers are drawn to the likes of Apple and Android. A comScore report shows that Android and Apple now control 51.8 and 40.6 percent of the smartphone market, respectively, while Blackberry has a dwindling marketshare of 3.8 percent.

While it will be difficult, Chen is the perfect choice of CEO to attempt to bring a company back to its former glory. He is not new to the idea of taking a dying company and bringing it back from the dead: He managed to save database company Sybase when he took the company over in 1998 and cut $100 million in costs. He ensured that Sybase did not compete directly with large software giants like Oracle and managed to sell it for $5.8 billion in 2010.

With his past experience, Chen will be able to cut costs inside Blackberry, curtail it into a specialized market away from direct competition with Apple and Android, and perhaps even turn Blackberry back into the company that businesspeople once admired.