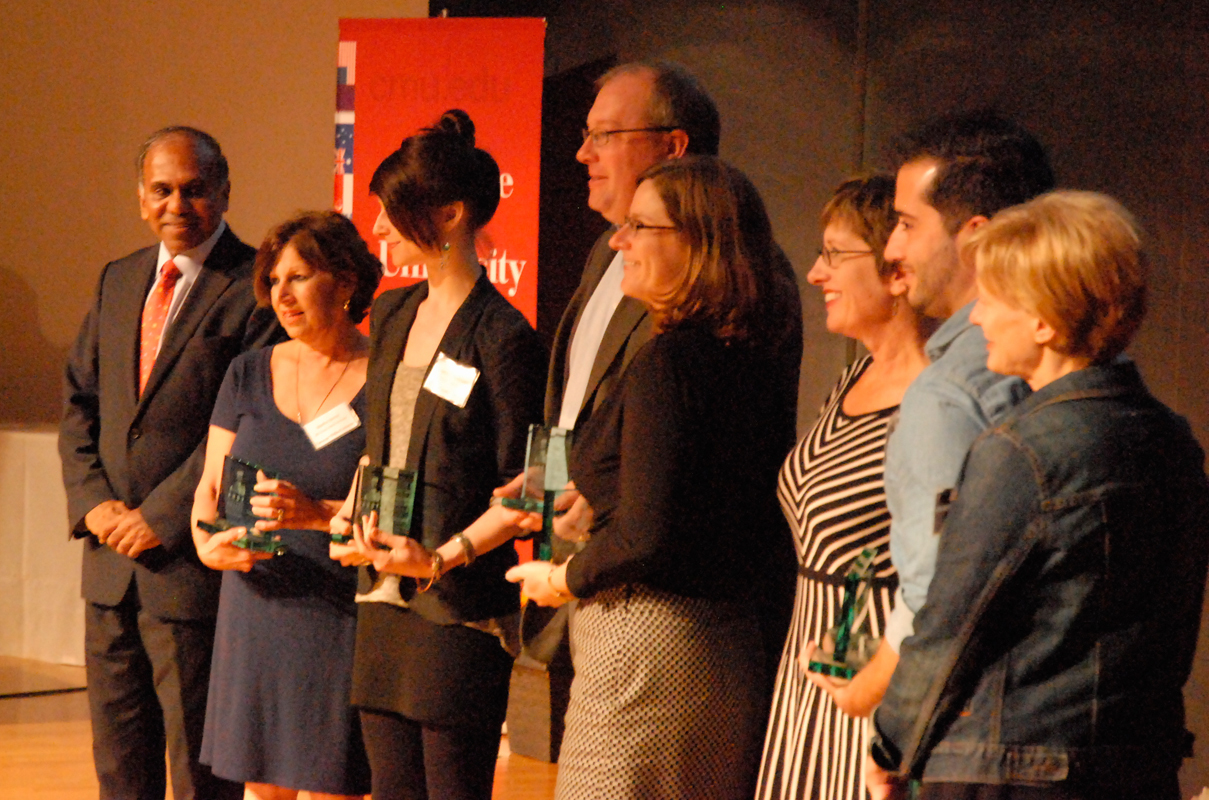 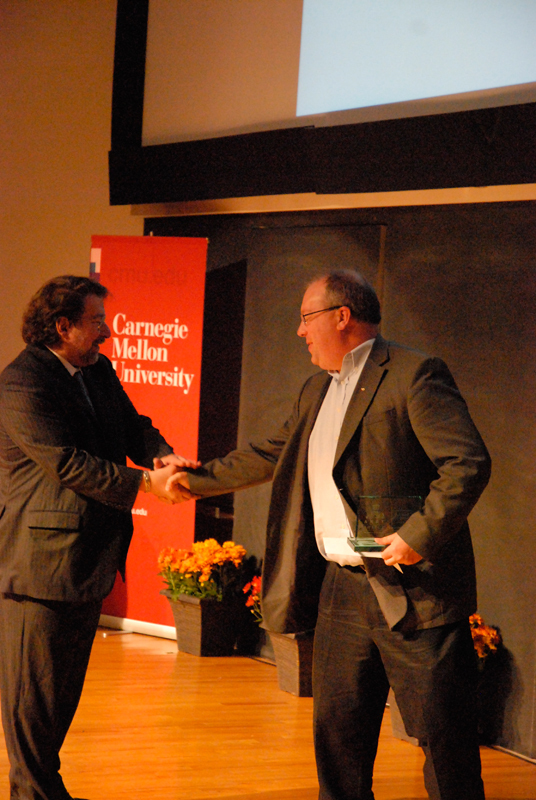 “Win or lose, you represent the best that staff has to offer, and your contributions are an example for staff members who serve day in and day out to improve our campus community,” said John Lanyon, chair of staff council, at the 19th annual Andy Awards.

The ceremony, which was held in McConomy Auditorium, honors Carnegie Mellon faculty and staff for their contributions to the university.

President Subra Suresh began the ceremony by talking about the importance of outstanding faculty and staff to the university experience.

The awards, held last Thursday, were given in a variety of categories. The first awards were given by Lanyon for staff service; 28 faculty and staff members were honored for 30 years of service, and 10 were recognized for 35 years. Two faculty and staff members — Marian Kovalchik, assistant department head for finance for electrical and computer engineering, and Alan Guisewite, operations assistant at the Robotics Institute — were recognized for 40 years of service to Carnegie Mellon.

University provost and H. John Heinz III professor of economics and public policy Mark Kamlet spoke next. Kamlet credited Carnegie Mellon’s progress as an institution over the last few decades to its dedicated staff and faculty.
“I’ve often said that I can’t think of another institution of higher education in the U.S. that’s come as far, as fast as CMU has. And, indeed, we have evolved from a highly regional institution to one with such a national and international stature,” Kamlet said.

Next, Kamlet announced the recipient of the Andy Award for Outstanding Dedication. According to the Andy Awards website, this award is meant for a faculty or staff member who “takes great pride in their work” and has an “unyielding commitment to quality performance.”

The Outstanding Dedication award was given to Anne Witchner Levin (DC ’73), assistant dean of student affairs and and director of orientation and first-year programs.

“I was honored to be nominated and very moved to win the Andy Award, especially because the category had something close to 20 nominations,” Witchner said via email.

“At CMU, I have had innumerable unique opportunities to work with students on some of the best programs and experiences.... I also had the opportunity to help create new programs with exceptional students and colleagues.”
The next Andy Award was for Outstanding Commitment to Students.

This award honors a staff or faculty member who is,“dedicated to providing guidance and assistance to the students of the university.”

This award was given to Helen Wang (DC ’99), director of student life for first-year houses and Morewood E-tower housefellow.

“I’m deeply humbled, quite in shock and feeling so fortunate to be a part of this generous community. I am so touched by the time and generosity of spirit that was put into this nomination by people that I care so deeply about,” Wang said in an email.

The Marketing and Communications Team, according to its website, helps those in the Tepper School of Business and others across the university with brand projection and public relations.

The Outstanding Innovation Andy Award “recognizes those who have developed new approaches, methods and systems to improve organizational effectiveness,” according to the Andy Awards website.

The next Andy Award was for Outstanding Culture. This award was given to Samuel Boyer, senior director of organizational management within the College of Engineering.

James H. Garrett, Jr., Thomas Lord professor of engineering and dean of the College of Engineering, nominated Boyer because he is, “passionate about providing staff with opportunities to grow their skills in an effort to retain and recruit high-performing staff members.”

The Andy Award for Outstanding University Citizenship was awarded to Romayne Botti, associate dean of finance and operations for the College of Engineering.