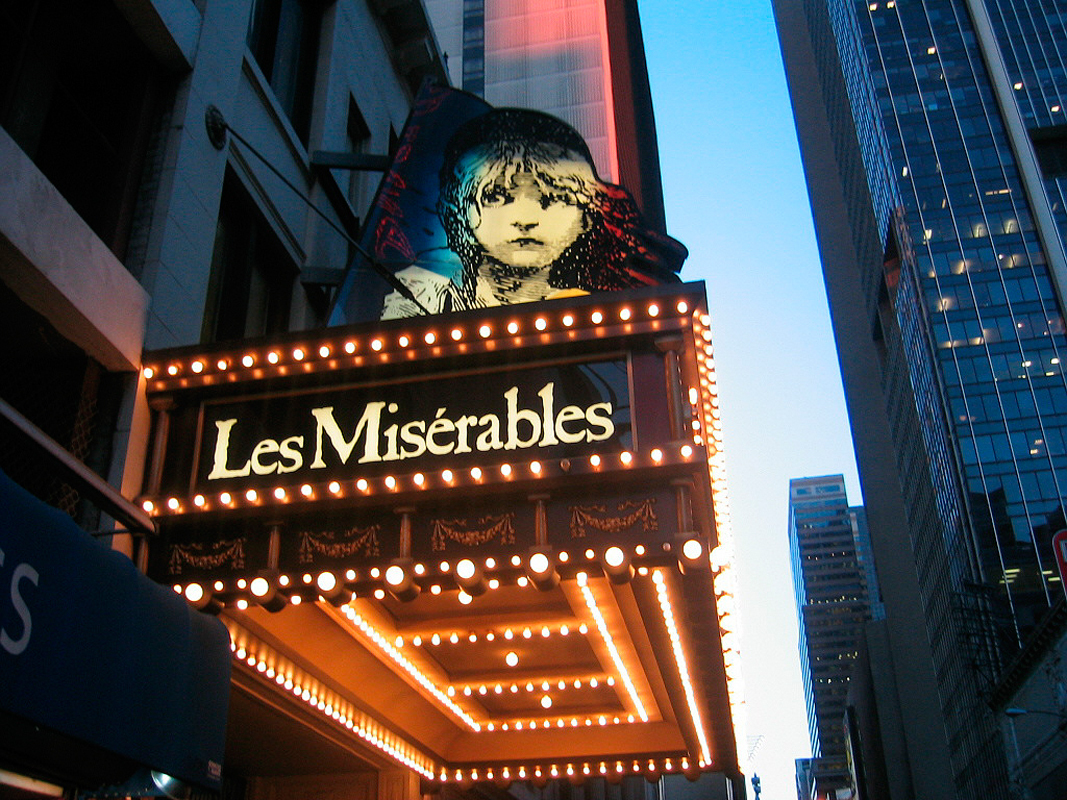 The movie adaptation of Les Misérables may be garnering plenty of critical acclaim, but last weekend Pittsburghers had the opportunity to see the musical as it was meant to be viewed: on the stage. PNC Broadway Across America presented a 25th anniversary production of Les Mis at the Benedum Center and proved that, despite the advantages big-budget Hollywood productions may have, there is magic in a live production that cannot be captured on screen.

The iconic musical, based on the novel by Victor Hugo, documents the life of Jean Valjean (Peter Lockyer), a compassionate convict who breaks his parole to form a new life after spending 19 years in prison for stealing a loaf of bread. He is pursued by Javert (Andrew Varela), a police inspector with a fierce devotion to the letter of the law. The musical also centers around issues of class politics and unrest, as Valjean’s adopted daughter Cosette (Lauren Wiley) falls in love with Marius (Carnegie Mellon alumnus Devin Ilaw), an idealistic, politically-minded student who gets involved in an attempted revolution in Paris.

Les Mis is almost entirely sung, with only two lines of straight dialogue, meaning that the actors must be phenomenal singers in order for the show to succeed — and the Broadway Across America production certainly didn’t disappoint. Although Lockyer initially sounded as if he was holding back — he spoke-sung several of his lines in the opening numbers — any hesitance about his singing quickly disappeared as he belted out the final notes of Valjean’s “Soliloquy.” His rendition of “Bring Him Home” was similarly stunning; Lockyer’s incredible use of vibrato was goosebump-inducing. Varela as Javert stood in perfect contrast to Valjean: He had a fiery stage presence that exemplified Javert’s unquestioning dedication to the law.

Another highlight was Ilaw (CFA ’07) as Marius. Although Marius is written as a fairly one-dimensional character, Ilaw brought new emotional depth to the character during his heart-wrenching rendition of “Empty Chairs and Empty Tables.” In contrast to Marius’ sweet idealism, Timothy Gulan was bone-chillingly nefarious as the entertaining but thieving Thénardier. In “Dog Eats Dog” especially, one couldn’t help but shudder while watching Thénardier cackle as he pried gold teeth out of a corpse in the sewers.

The technical details of the production were also highly impressive. The set pieces, designed by Matt Kinley and inspired by the paintings of Victor Hugo, were mostly large, wooden structures that glided around the stage to evoke different locations. Hanging at the back of the stage was a screen onto which different video backdrops were projected, so that it looked as if the ensemble members were, for example, marching through the Parisian streets, even though they were marching in place. The orchestra was also stunning; the score for Les Mis is technically intricate — especially since the musicians have to vigilantly follow the singers — but the orchestra’s execution was flawless.

Even beyond the stunning individual performances and the impressive technical details, the theatrical power of Les Mis lies in its ensemble. For the “Finale,” the cast members all came together quietly, then slowly but surely crescendoed to a stunning blend of voices. The gorgeous vocal harmonies and instrumentation thundered out from the stage, washing over the audience and causing a visceral reaction to the music, the sort of reaction that one can only experience through the unique power of a live performance.