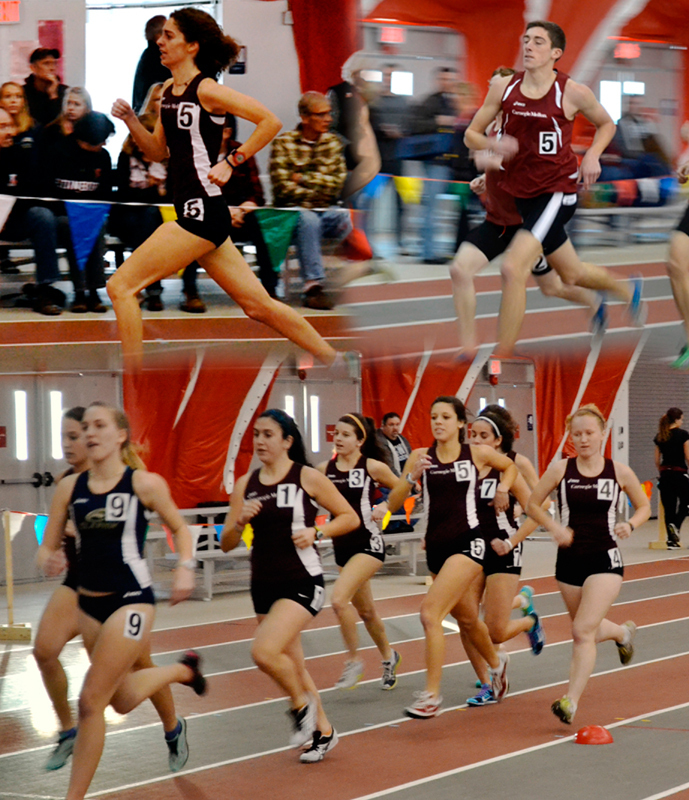 The Carnegie Mellon men’s and women’s track and field teams competed in the Al Hall Freedom Games on Saturday against NCAA Division- I, II, and III schools at Edinboro University. This was the first meet of the season, and was unscored.

Several men and women on the teams had strong performances that set the bar high for the rest of the track season.

“I was proud of the way that we ran on Saturday. A lot of our guys came close to or matched their best marks, which is very promising, considering it was our first meet. We had strong performances across many events, in both running and throwing. The throwers especially look like they are going to have an awesome season,” Degen said. “I’m excited for our team’s potential this season.”

On the women’s side, sophomores Halley Bayer and Erin Kiekhaefer, and first-years Erin Persson and Jillian Jaycox finished first in the 4x800-meter relay in a time of 10:13.74.

“It was a great way to start of the season,” Jaycox said. “Pain is temporary, pride is forever.”

In the 60-meter hurdles, junior Jacqueline Guevel, a 2011 All-American recipient, finished second with a time of 9.27.

In the 60-meter dash, first-year Jenna Asperslag raced to a fourth-place finish, with a respectable first-meet time of 8.35 seconds.

Senior Emily Wobb doubled up by running both the mile and the 800-meter run, placing third and fourth with times of 5:23.31 and 2:32.90, respectively.

“The best part was getting a preview of what the next week’s workouts are going to be like from the paces ran, distances thrown and the heights jumped,” Wobb said. “It was a great meet.”

The next competition for the Carnegie Mellon men’s and women’s track and field teams is the Denison Lid-Lifter on Saturday in Granville, Ohio.