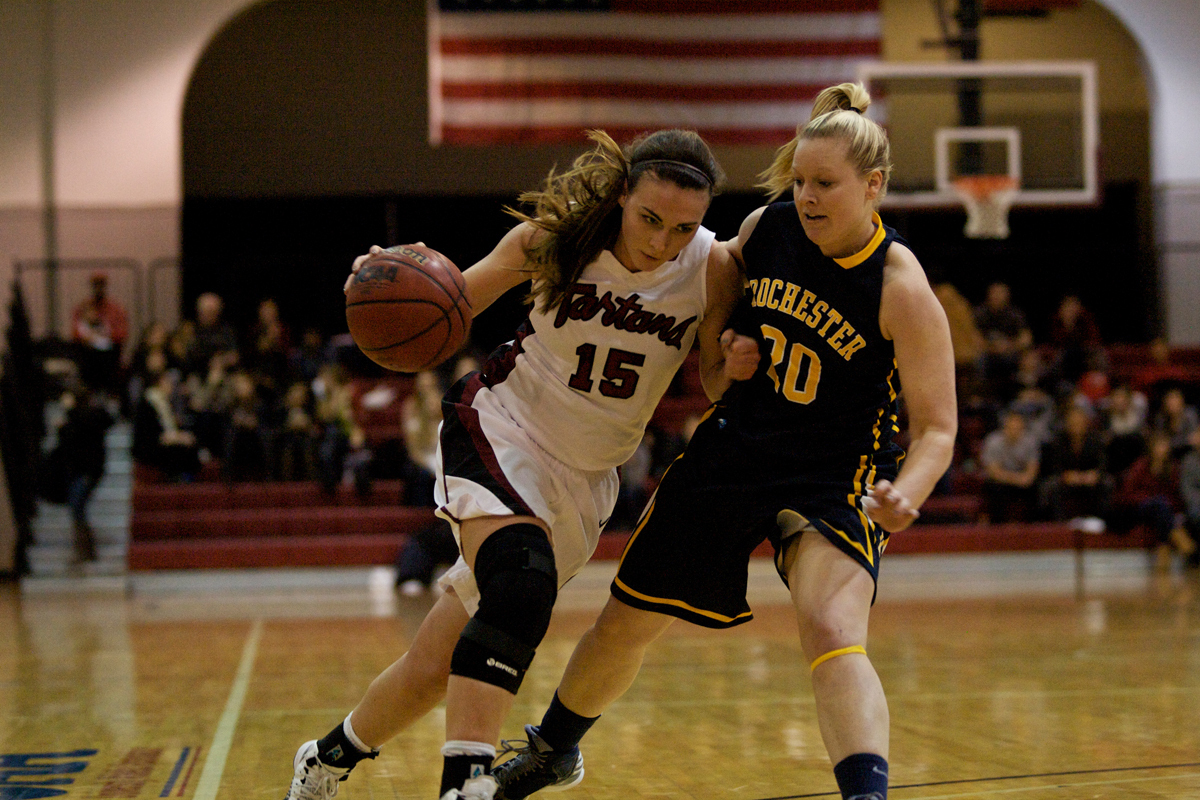 The Carnegie Mellon women’s basketball team suffered two losses this past weekend: one to Emory University yesterday and again to the University of Rochester last Friday.

Junior Jacquie Shaw proved to be a major asset for the game, scoring her career high total of 31 points throughout the game.

After the first seven minutes of the game, the Yellowjackets led 14–4. Carnegie Mellon gained more points, but not enough. At halftime, the score was 34–15 in Rochester’s favor.

The Tartans scored 16 points to almost tie the game 45–44, then Shaw led the team so that the Tartans were ahead 50–48 with around five minutes left. The University of Rochester women’s team fought back, but Shaw proved herself once again and was able to even the score to 55–55 before overtime. During overtime, University of Rochester’s player Loren Wagner gained the lead for the Yellowjackets, and teammate Jackie Walker extended the lead to the final score of the game 67–60.

First-year Lindsay Poss was also a major player for Carnegie Mellon, scoring 10 points for the Tartans.

Otto also put up a remarkable 13 rebounds in the game. Shaw reflects that the weekend “shows what we’re capable of and will only make us better.”

Sunday’s game against Emory was constantly back and forth in the first half, with Carnegie Mellon leading by as much as five points. Senior Emily Peel, first-year Liza Otto, and sophomore Chandler Caufield all helped cut point deficits whenever the Tartans were down during the game.

The game proved to be a nail-biter. Emory led the entire second half, until sophomore Gabrielle West scored nine of her team-high 14 points in the last two minutes to tie the game, only to be shot back to a final score of 66–64 as Emory’s Misha Jackson scored at the buzzer.

The two losses this past weekend put the Tartans record to 2–3 in the UAA conference and 10–6 overall. Over winter break, the team posted big wins against Westminster College, Chatham University, Case Western Reserve University, and Brandeis University.

The Tartans will take on Washington University in St. Louis next Friday at home at 6 p.m.