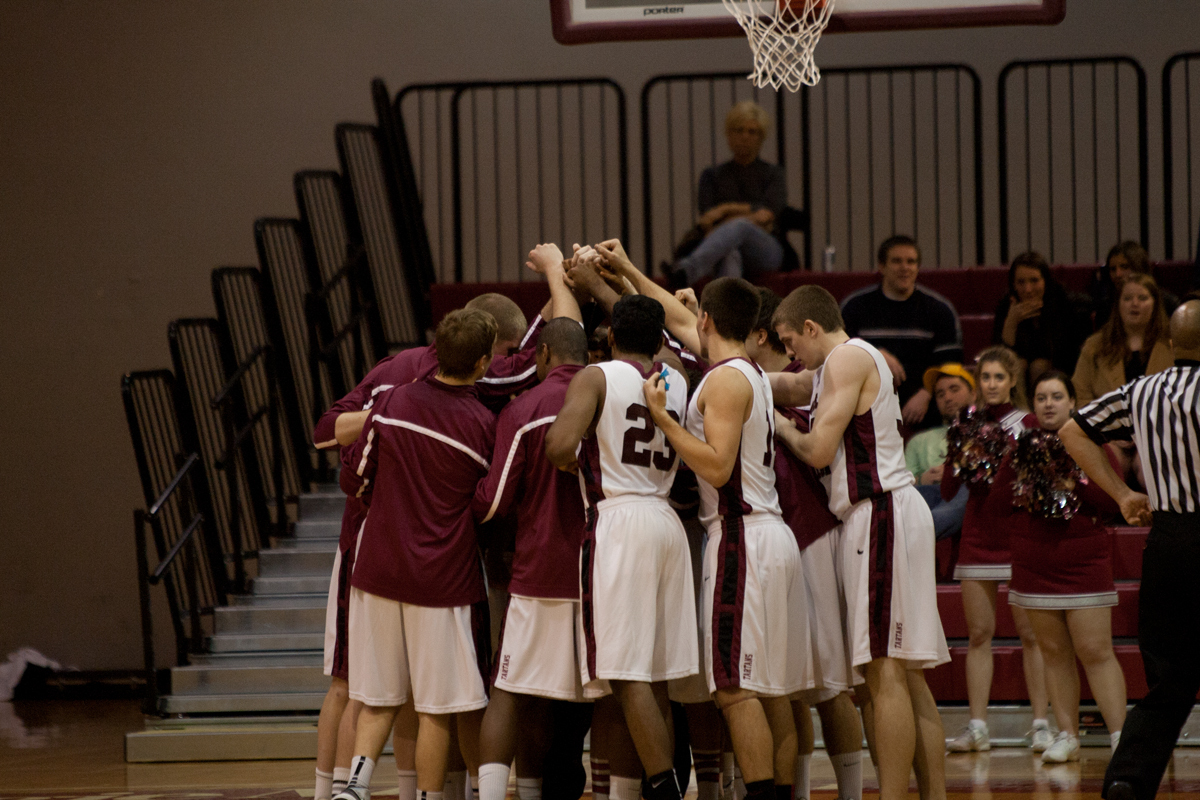 The men’s basketball team huddles up to get ready to take on UAA opponents. (credit: Jonathan Leung/Assistant Photo Editor) 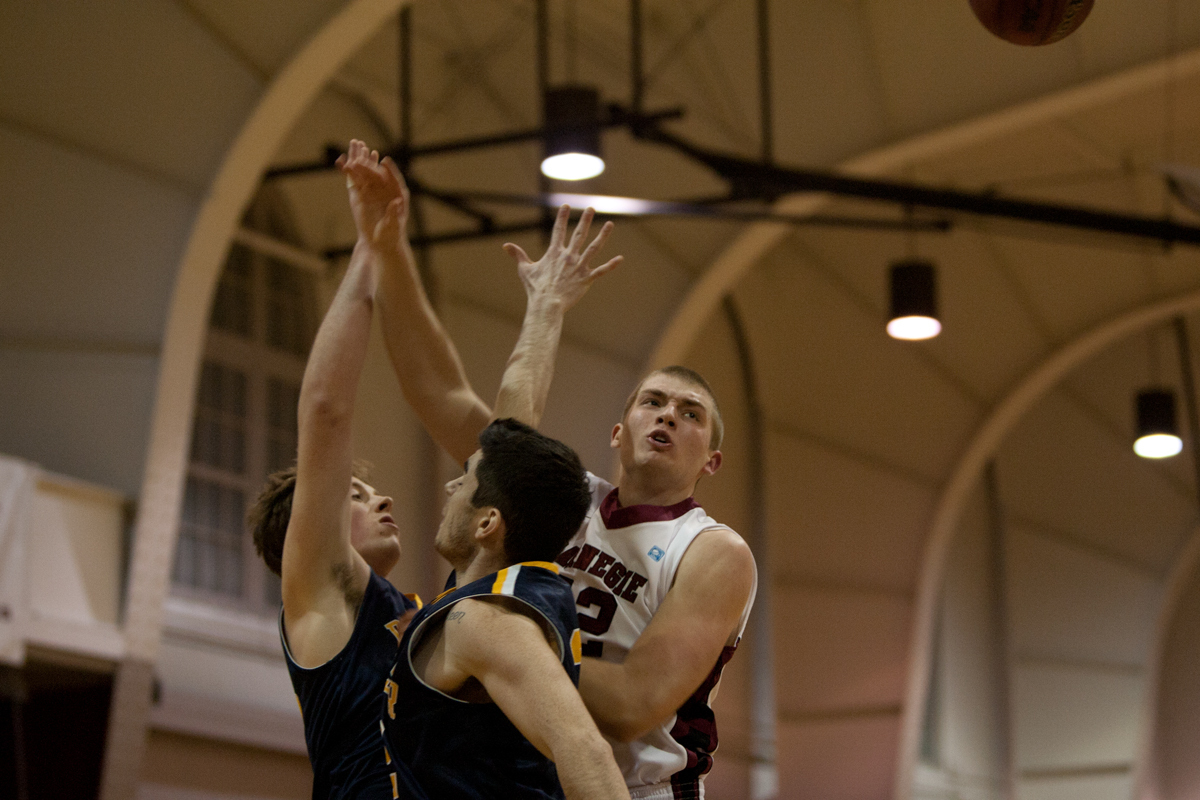 Sophomore Matt Loebbaka goes up for a rebound in the Friday night game against Rochester. (credit: Jonathan Leung/Assistant Photo Editor)

The Tartans men’s basketball team were defeated by the No. 1-ranked University of Rochester and the No. 3 Emory University this past weekend. Their record now stands at 3–13 overall and 0–5 in conference.

Friday night, the Tartans faced the University of Rochester Yellowjackets at home.

The game started out as a battle for the lead with constant buckets from both teams. Sophomore guard Seth Cordts was a major player for the Tartans’ offense, contributing to the team’s first four points.

After the score was tied at nine, the Yellowjackets went on a run with a score of 20–18 with 10 minutes remaining in the first half, until junior forward Rob Mohen made a three-pointer to take the lead.

Rochester answered with a jump shot, regaining the lead for another nine minutes while the Tartans filled the gap.

They eventually took the lead at the end of the half from a three-pointer taken by junior guard Asad Meghani.

The second half opened with a tied score off of a threepointer from the Yellowjackets who later took the lead and never looked back.

The Tartans’ next opponents were the Emory University Eagles.

The Eagles started off on fire and progressed the score to 20–9 until Meghani made a three-pointer.

This spurred the Tartans to an 11–6 run to bring the deficit to six points after a three-pointer from sophomore guard Jason Blakney.

The half was hard fought, but Emory was able to end the Tartan run and finish the half with a score of 52–37.

The second half was not much better for the Tartans, who weren’t able to stop the Eagles offense. They scored 95 points to the Tartans’ 70.

Over the winter break, the Tartans scored wins against Bethany College and LaRoche College, but have not been able to carry these sucesses over to their conference games.

The Tartans will play at home against Washington University in St. Louis this Friday at 8 p.m. and against the University of Chicago next Sunday at 2 p.m.