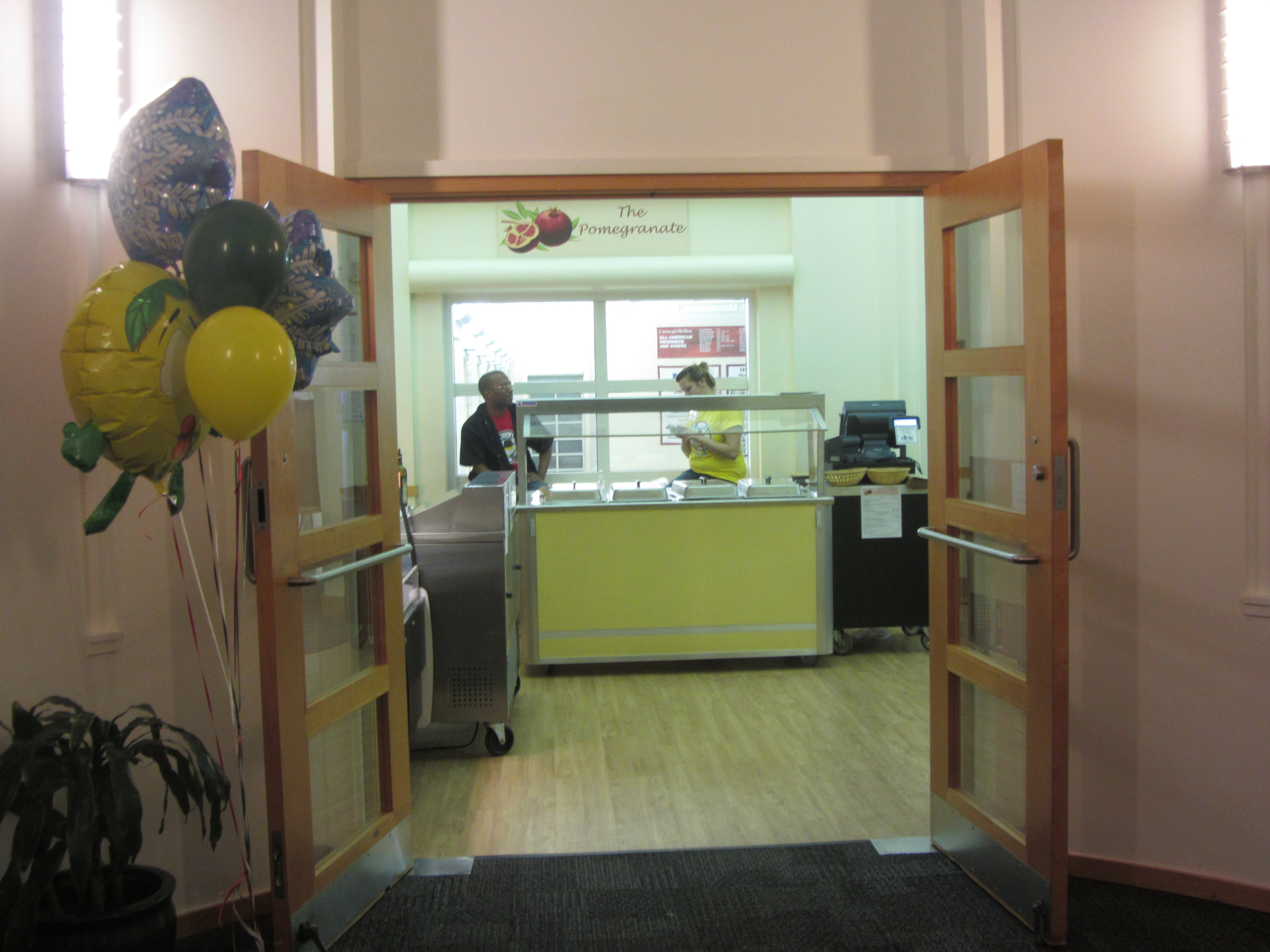 The Pomegranate held its grand opening on Friday and began dishing out kosher and Middle Eastern food. (credit: Su Baykal/)

The Pomegranate, a new dining choice on campus this semester, specializes in Middle Eastern fare. It can be found on the second floor of the University Center in the General Motors Dining Room — known to students as "the room across from Schatz Dining Room" — which overlooks the swimming pool. The Pomegranate is open 11 a.m.-8 p.m. Monday through Thursday and 11 a.m.-2:30 p.m. on Fridays.

The eatery takes up an important role on campus by being the only venue that offers solely kosher food. As its website explains, the food is “prepared at the Kosher kitchen located in Beth Salom Congregation ... under the strict supervision of Rabbi Michael Werbow.”

Not only is The Pomegranate a good choice for those who prefer to eat kosher, it is also simply good food. Among hot entrees are chicken shawarma, chicken kebab, and falafel. Each is stuffed in pockets of pita bread, along with hummus and a tzatziki sauce containing cubed tomatoes, cucumbers, and yogurt. Extra pita bread can be used to scoop up creamy hummus that comes as a side on a block. Those who prefer their entrées cold can choose among commonplace salads and sandwiches, although only the hot entrées at The Pomegranate offer the true charms of Middle Eastern fare.

The chicken shawarma is by far the most promising dish at the eatery. The aroma of cumin and its tender texture suggest that the chicken was marinated before being cooked and shredded into thin strands. The chicken kebab was less spicy and slightly harder to chew, though a char reminiscent of coal barbecue gives it a smoky, intriguing flavor. The falafel was the least tasty of all — too small, too dry, and also quite cold. The pita bread also needs improvement — it felt cold and stale and sadly pulled the high quality fillings down.

If you're looking for kosher or Middle Eastern food — or are simply weary of campus dining choices this spring — trying out The Pomegranate would be a good idea. Not only is it the best interpretation of Middle Eastern fare on and around campus, it is also a healthier option for students, offering a vegetarian option and a spicy complexity. It leaves no need for large portions.