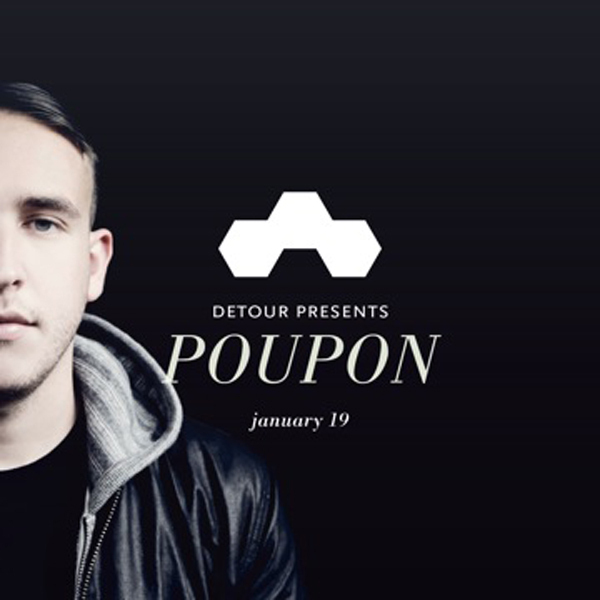 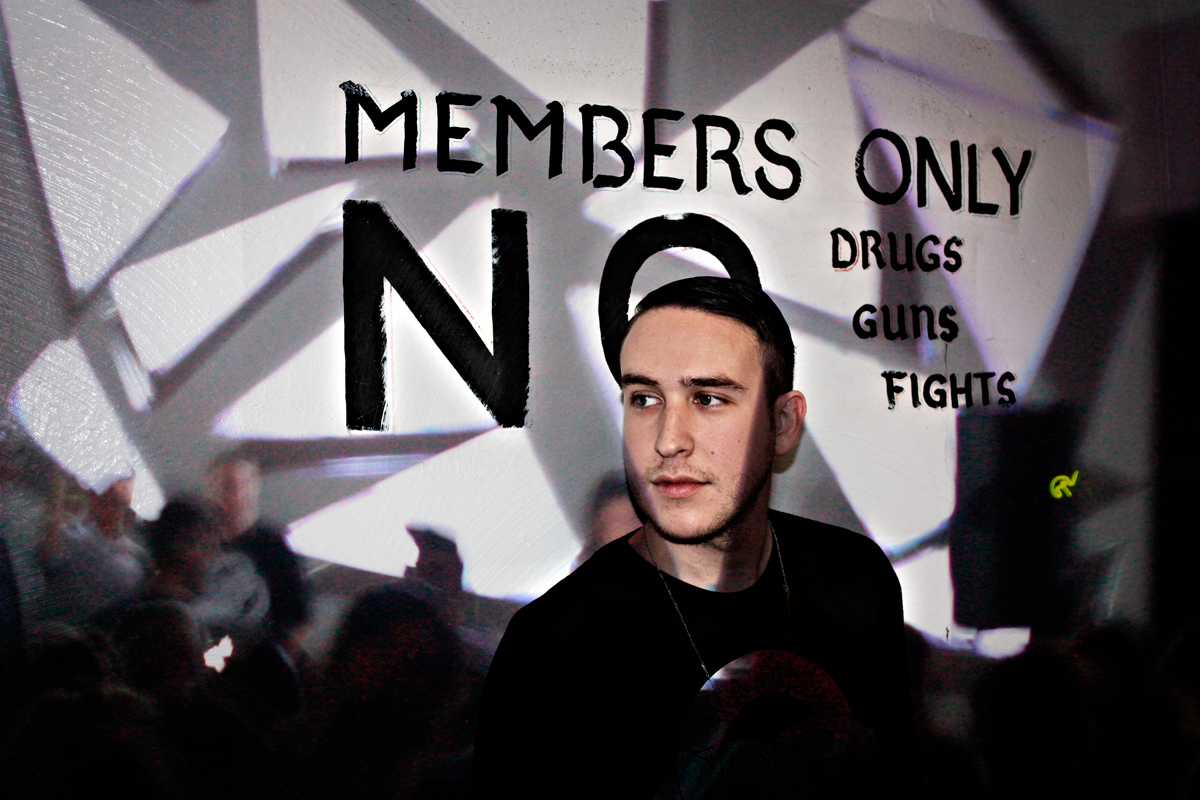 DJ Poupon performed at 6119 on Saturday night as a result of DETOUR’s newest effort to bring lesser-known electronic music to a college-age crowd. (credit: Courtesy of Kathryn Thomas)

Pittsburgh has a rich legacy of music. From trumpeter Roy Eldridge to Poison’s Bret Michaels, the Steel City has been the birthplace of influential artists in a spectrum of musical genres.

Through music collectives like VIA, Humanaut, Obvious, and now DETOUR, that legacy has endured and taken electronic dance music (EDM) under its wing. Although these groups are distinct, they work toward a collective goal: to revitalize the city’s music scene and redefine how its people party.

DETOUR, the newest music collective, aims to bring cutting-edge house and techno music to its peers while exploring the intersection of sight and sound. The group is comprised of six individuals, most of whom are or were Carnegie Mellon students and all of whom are involved in Carnegie Mellon’s radio station WRCT. These music enthusiasts are eager to expose their fellow classmates to new music in a safe space.

“There was no definite start,” Azis said. “We were all members of the [WRCT] radio station and were throwing regular parties for that, but we were limited to the CMU market. Pittsburgh is a rising star in music and techno in particular, and we wanted to be a part of that.”

DETOUR’s intent is to bring house and techno to a college student audience — “democratizing the techno scene,” as Azis put it. At the same time, the group wants to connect the younger generation with older audiences. “Humanaut, for instance, draws a big audience but largely plays at 21-and-over venues, and that really frustrated me as an underage student,” Azis said.

While he was banned from the 21-and-over crowd as an underclassman, Azis and longtime friend Alex Price found solace in swanky techno-themed house parties at their loft. With great titles like “Shut the Fuck Up: A Forest Techno Party,” and “Nocturne: A Winter Solstice Gathering” and excellent music, the parties were a success.

Wanting to create a space where those ages 18 and over could enjoy electronic music, DETOUR decided to collaborate with VIA. Lauren Goshinski, VIA co-founder and director and marketing and communications manager in the Carnegie Mellon School of Art, allowed the group to host parties at the new VIA-operated event space on 6119 Penn Ave. “Lauren Goshinski has really helped us by letting us have the space for parties,” WRCT DJ and senior design major Mirko Azis said. “She just wants Pittsburgh to have a great time.”

Although the space is farther away from the Carnegie Mellon campus than many students would venture for a show, Azis says, “The space is a filter. If you can get to it, that means you really want to be there.” Because 6119 Penn Ave. is technically an event space, it has no official closing time; in fact, a few DETOUR parties have gone on until 4 a.m.

The group’s latest event, titled Poupon in honor of the featured DJ of the evening, was held on Saturday and ran from 9:30 p.m. to about 3 a.m.

Poupon, a DJ and producer native to Toronto, headlined the event and played to a lively crowd from midnight to the close of the show. Sitting on an orange couch in the back-room reserved for staff, wearing black jeans, a black T-shirt, and slicked back hair, Poupon explained the reason behind his name.

“My mom has a cousin who’s nickname is Poupon; in French it’s sort of like a nickname that means babyface,” Poupon said. “When I was deciding what to call myself, I was taking a ferry to Toronto Island and I saw a boat that was named Poupon. It made me think of my mom’s cousin, and y’know I’m a big food guy too so I just thought I’d go for it. Looking back I probably would have picked a different name, but I’m kind of stuck with it now.”

If audience members didn’t have an affinity for mustard before Poupon’s set, they most certainly did afterward. With Sharon Rubin and Chloe Lula opening for Poupon and Ben Tapas working the visuals, the crowd’s energy stayed high the entire night.

“A lot of clubs in the U.S. have a highly chauvinistic atmosphere; you go there to hook up or get drunk,” Azis said. “With the loft parties and now with DETOUR, we’ve tried to dispel that atmosphere. At DETOUR, people are respectful when they party, and that has something to do with the space, the culture of the city, and the music.”

Poupon, who has been DJing since 2006, agreed that the atmosphere of a space can make or break a show. “I started at house parties like these guys, started playing at parties and getting booked at clubs, and if the crowd is there with an open mind, it’ll be a great show,” Poupon said. “The ideal crowd is one where you can play a whole set of songs that they don’t know and they’ll still dance just as hard as if they did know them. I’ve played at some ‘bottle service’ clubs and it’s packed, but people aren’t interested. Everyone’s in their own little world: They’re on their phones or trying to pick up a chick at the bar. They’re not actually there for the music.”

Using the 6119 Penn Ave. space, DETOUR has tried to make each party it throws unique. The group finds an artist to create different visuals for each show, projecting the images or movies behind the DJ. “The thing with more conventional clubs is you walk in and it’s essentially the same party every week, just a different DJ,” Poupon said. “So I really like spaces that are multifunctional and don’t have a static design and décor.”

Tabas, a University of Pittsburgh alumnus with degrees in film, philosophy, and poetry, created the unusual triangle screens that hung behind the DJs at this Saturday’s DETOUR event. “I’m really bored with the idea of the screen — I think it engenders a passive viewership,” Tabas said. “For the Poupon show I wanted to shatter the screen and create a more engaging, jarring environment with video. We created a grid of triangles to look like the broken glass of a screen. I want the audience to think differently about the capacities of video — it doesn’t have to just be a square screen.”

The fluidity that each DETOUR show strives for allows “people to experience something new: an awesome DJ they haven’t heard before or a visual installation that makes them think differently about viewership and the capacities of video,” Tabas said. “That’s what’s really exciting about DETOUR, how fresh and innovative it is. Every event will look new and fresh.”

Although DETOUR is still in the beginning stages, the group has big plans for its future in Pittsburgh. “Juan and I have been really interested in transitioning DETOUR into our own record label,” Azis said. “It’s ambitious and would take time to incubate, but we would like it to become a platform for people to make music in Pittsburgh. In the next six months or so, we’re going to have a lot of events coming up, a couple co-branded with VIA and maybe Humanaut.”