From the hills of LA to CMU 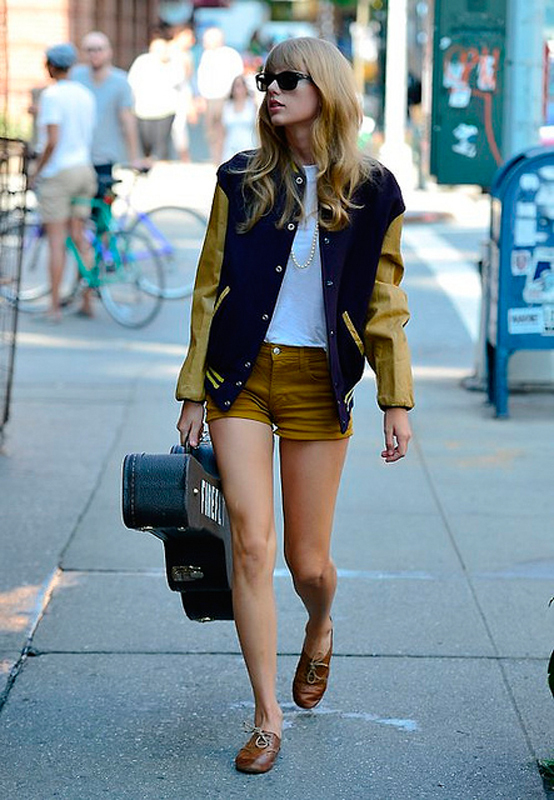 Taylor Swift’s style is usually a mix of preppy, vintage-inspired, and bohemian-inspired looks. (credit: Courtesy of sjdavidl via Flickr)

Finding yourself in a fashion rut? If you’re uninspired by the fashion that surrounds you, a great way to find new ideas is to follow the style of the rich and famous. Celebrities are known for inspiring trends, and some are even defined by the way they dress.

The task of deciding which celebrities to imitate can seem daunting, since there are so many out there. This decision depends on your personal style. For some guidance, here is an overview of how three famous fashionistas dress and some tips on how to emulate their unique styles.

The first of these celebrities is a talented singer whose relationships are a constant focus not just for the media, but also for her music: Taylor Swift. Just as the genre of her music has been changing, Swift’s style has evolved a great deal over the past couple of months. Although her outfits could initially be described as vaguely preppy and vintage-inspired, sometimes with a bohemian influence, she has learned to successfully combine these elements to create her own look.

She is commonly seen wearing stripes, in the form of navy and white dresses and tops. In fact, an outfit pictured on the Taylor Swift Style blog features a dress such as the one described, paired with knee-high socks and oxfords.

Swift also seems to be a fan of sweaters, in styles ranging from the classic cable knit to the famous fox sweater that launched the quirky animals-on-sweaters trend. She usually wears these sweaters with jeans or pleated skirts. Blazers, blouses with Peter Pan collars, and patterned tights and jeans are other clothing items that embody Swift’s style. In terms of handbags, she is usually seen carrying a satchel.

Although she shares Swift’s penchant for preppy style, Harry Potter actress Emma Watson has a collection that is slightly classier and more sophisticated. Her most recent outfits almost always feature a scarf thrown over a sweater, worn with jeans and a pair of ballet flats. Watson is also skilled at adapting her floral skirts and summer dresses for the winter by pairing them with warm sweaters, tights, and boots in darker colors.

She seems to have embraced the recent trend of wearing shorts with tights; she was seen wearing this combination with a striped T-shirt and ballet flats while leaving a Starbucks on a sunny day in March of last year. She often adds an edge to more basic outfits with a leather jacket, as seen on dresslikeemma.net.

The style of the edgier fashions of Swift and Watson may not appeal to everyone; some may prefer the stud and cutout trends that became popular last year. Although she’s generally been off the radar since her dramatic haircut, Miley Cyrus is known for her edgy style. She tends to wear crop tops quite often, as seen on stealherstyle.net in which she pairs a gray cropped sweater with bright blue jeans, a varsity bomber jacket, and black Doc Martens.

Keeping with the edgy trend, a great deal of Cyrus’ outfits feature clothing embellished with studs and cutouts. She frequently incorporates graphic T-shirts or sweatshirts, as well as patterned leggings, as seen in pictures via Twitter that were also posted on the Steal Her Style website.

While celebrity style can be a great source of fashion inspiration, make sure you maintain some individuality. Mix and match the clothing items represented by the celebrity whose style inspires you for a look that’s all your own. Start with a basic striped T-shirt, jeans, and add a pair of oxfords to make it in the style of Swift. To emulate Watson’s style, switch the oxfords for ballet flats, and throw on a blazer and a scarf over the T-shirt. And finally, for fashion inspired by Cyrus, change your footwear again — this time in favor of Doc Martens — and swap the blazer and scarf for an oversized cardigan.