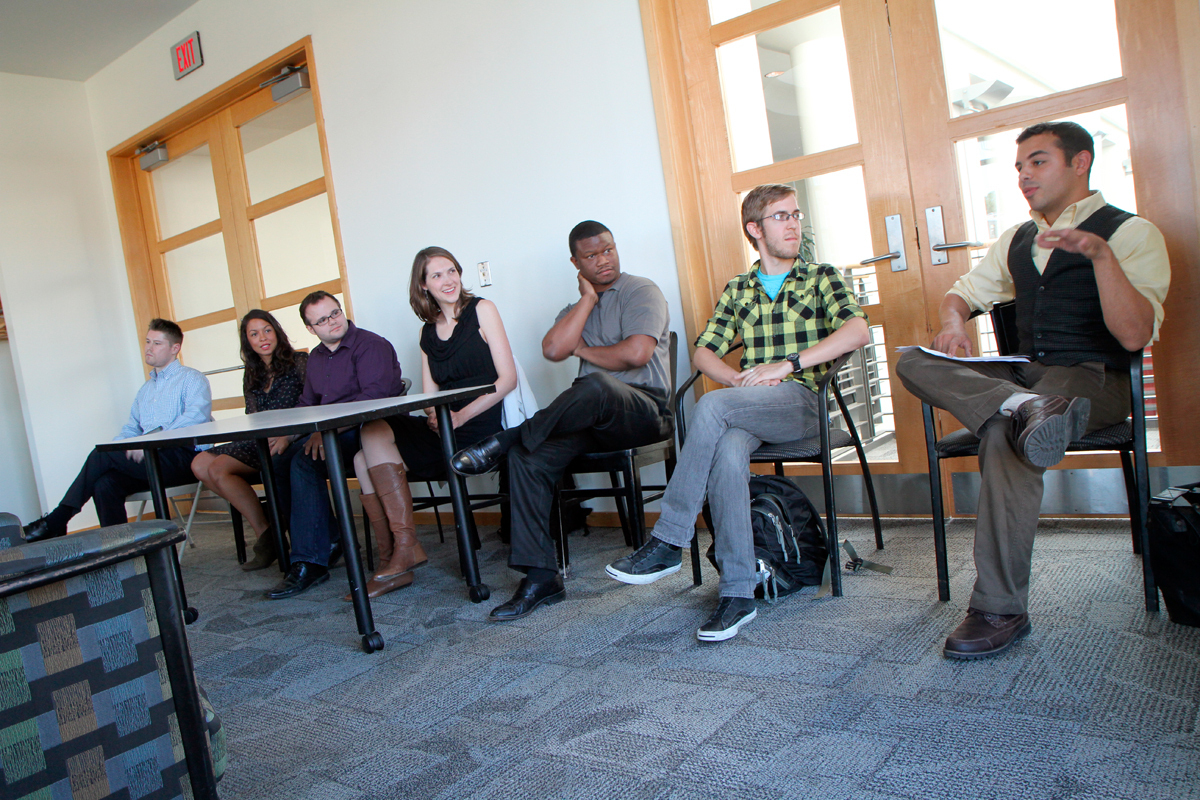 Faculty members, students, and alumni of the English department came together to celebrate the 25th anniversary of the university’s literary and cultural studies program last Thursday and Friday. According to English professor Kathy Newman, who organized the celebration, the program has produced over 300 alumni with master’s degrees or doctorates in literary and cultural studies since its inception in 1986.

The events kicked off Thursday with a short film titled “Tributaries: 25 Years of Literary and Cultural Studies at Carnegie Mellon University.” Created by doctoral candidates David Haeselin and Sheila Liming, the documentary focused on the history of literary and cultural studies, both as a broader academic field and, more specifically, at Carnegie Mellon in the past 25 years. The film also looked at the prospective future of the literary and cultural studies program. “The film tries to offer a conversation about where we have come from and where we are going,” Liming said.

“It’s a great way to learn something about [literary and cultural studies],” Bridget Powers, a first-year graduate student in the program, said of the film. “It’s definitely an umbrella term, where a lot of people think they know what it means, but they don’t.”

The advent of cultural studies came in the mid-20th century, when the term was coined at the Birmingham Centre for Contemporary Culture Studies, Newman said. She described it as “studying literature and other forms of culture in the historical context in which that culture is produced ... [and] how and why people make culture.”

Many students and professors who viewed the film said that Carnegie Mellon’s program is unique in its highly interdisciplinary nature, and particularly in its emphasis on literature. “It’s really important at Carnegie Mellon that we remember the title of the department as ‘literary and cultural studies’.... This film is part of work to preserve the ‘and,’ ” Haeselin said.

Haeselin and Liming also emphasized the wide-ranging uses of a degree in literary and cultural studies; Liming called the program a “springboard for thinking about other cultural forms.”

After the film, the celebration moved to Danforth Lounge in the University Center, where seven of the program’s alumni — Carl Davenport, Rachel Delphia, Michael Scotto, Regina Anderson, David Pass, Matt Freeman, and Luke Niebler — talked about their experiences applying literary and cultural studies outside of the academic world.

The panelists have used their degrees in diverse ways. Delphia, for example, is the assistant curator of decorative arts at the Carnegie Museum of Art, while Scotto has just released a version of his book Be a Buddy, Not a Bully for the iPad.

The celebration concluded Friday evening with a keynote address by Larry Grossberg, professor of communication at the University of North Carolina, Chapel Hill.