Stehlik to leave for CMU-Q position 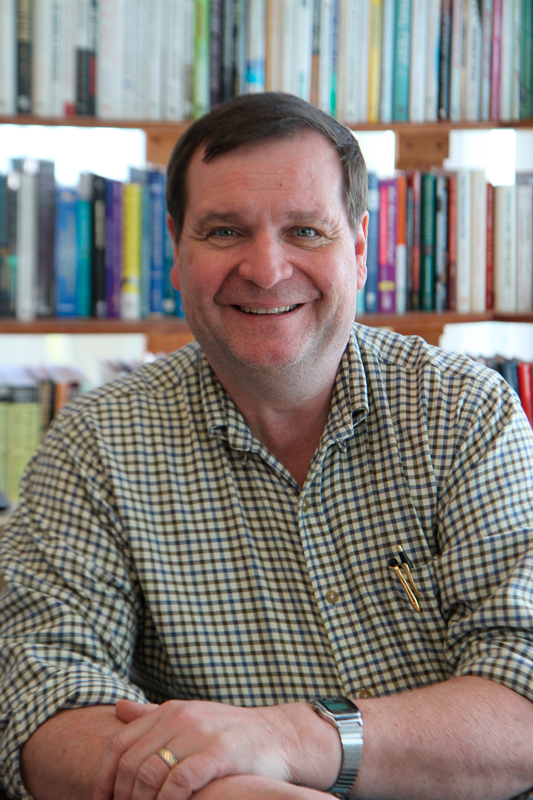 Mark Stehlik, the assistant dean of the School of Computer Science, will leave Carnegie Mellon to take a position at CMU-Q. (credit: Jonathan Carreon/Photo Editor)

When computer science seniors graduate this May, their adviser, Mark Stehlik, will also leave Carnegie Mellon’s Pittsburgh campus. Stehlik plans to make an impact on students at the other end of the globe, taking a five-year appointment as associate dean at Carnegie Mellon’s Qatar campus.

Stehlik, the assistant dean of the School of Computer Science (SCS), began teaching at Carnegie Mellon in 1982. “I started here at Carnegie Mellon at 1979 as a Ph.D. student in computer science,” Stehlik said. “I wasn’t really excited about the research direction I was on, and I knew I wanted to teach.” He applied for an opening as a teaching professor in the computer science department. He got the job, and he has not stopped teaching since.

Stehlik is one of the few administrative faculty members involved in the undergraduate program of the SCS since its creation in 1988. One of the key factors of SCS’s success, Stehlik said, was that Carnegie Mellon already had one of the best Ph.D. programs in computer science.

Stehlik said that his main role as assistant dean of SCS was to “figure out how to take some best attributes of that [graduate] program and just move it [to the undergraduate program] and bring really strong students.”

Another integral part of Stehlik’s daily work is advising. He has shepherded more than 2,500 students through the undergraduate computer science program.

Duncan Boehle, a senior computer science major, is one of the students Stehlik advises. “Mark has been my adviser since my sophomore year,” he said. “Mark Stehlik is just incredibly helpful, and he’s always very, very honest. He can understand how to communicate with people as students and how to relate to them.”

“Earlier in my sophomore year, I wanted to create a new minor in game development,” Boehle said. “I wanted it to be interdisciplinary.... I think a lot of advisers might just shake their heads and say, ‘We can’t change policies like that.’ Mark was extremely helpful in the process. He said, ‘Let’s go to do that.’ We’ve been working to create this new minor that is going to be in the course catalog.” Boehle estimated that the minor will be officially approved next year.

Malcolm Greaves, a junior computer science major, has been advised by Stehlik since his first year at Carnegie Mellon. “When I was a freshman, I was an ECE major. I figured out pretty quickly that I actually didn’t want to do ECE,” Greaves said. “I had my first conversation with Mark. I figured out at that first conversation that I wanted to be a computer science major. He worked with me that semester and next semester and all these semesters so far and helped me transition to the CS major. That really shaped my entire academic path.”

Greaves said that Stehlik will continue advising him even after he moves to Qatar; there are about 30 students that share Greaves’ situation. “We plan to use Skype and email to converse with one another for advisement,” Greaves said.

Stehlik taught at Qatar in the spring semesters of 2006, 2007, and 2008. He said that the Qatar campus has a lot of potential, and he hopes to help it in whatever way he can.

Tom Cortina, a computer science professor, will assume Stehlik’s position next semester as assistant dean. Cortina said that he feels a lot of pressure.

“A lot of eyes will be on me,” Cortina said. “There will be a lot of comparisons to Mark. But I’m not Mark. I will do my best to do his job, and what he has done for students and for the undergraduate program. But there will be changes, because we are different people.”