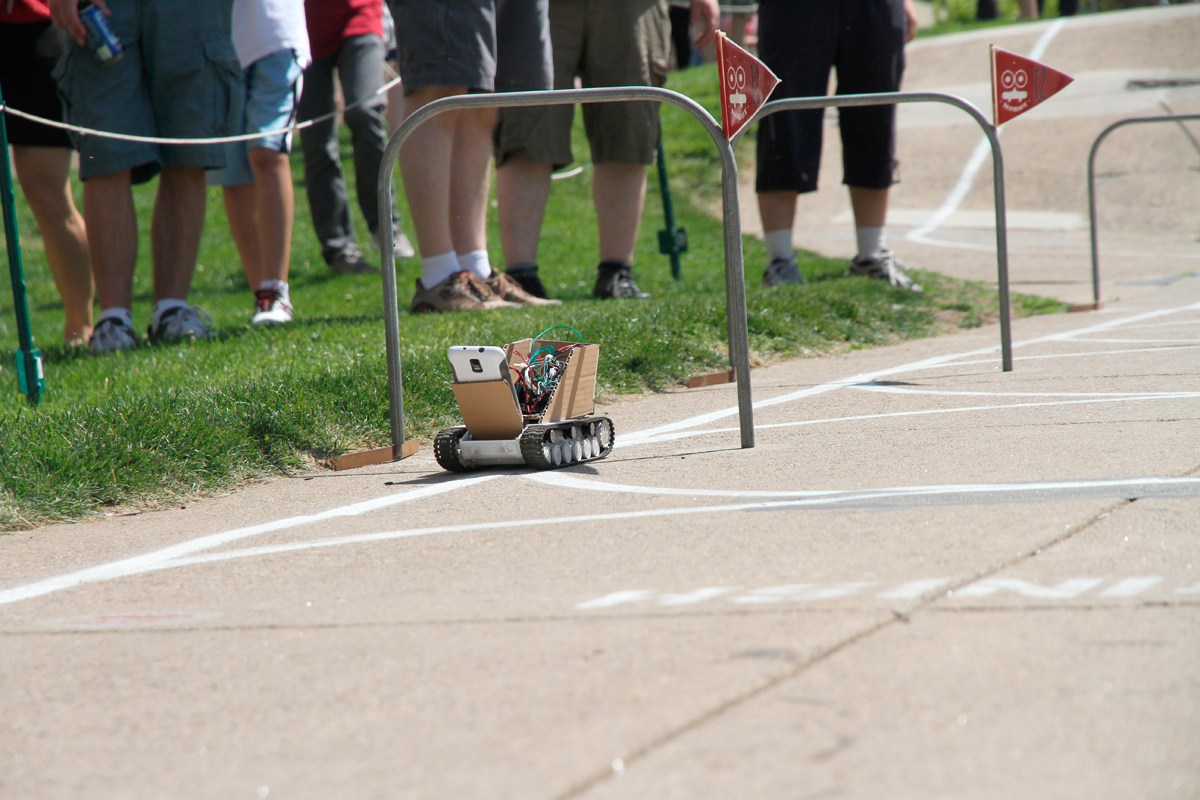 Team Gaussian Blur’s mobot was the only competitor to finish the course this year. (credit: Jonathan Carreon/Photo Editor) 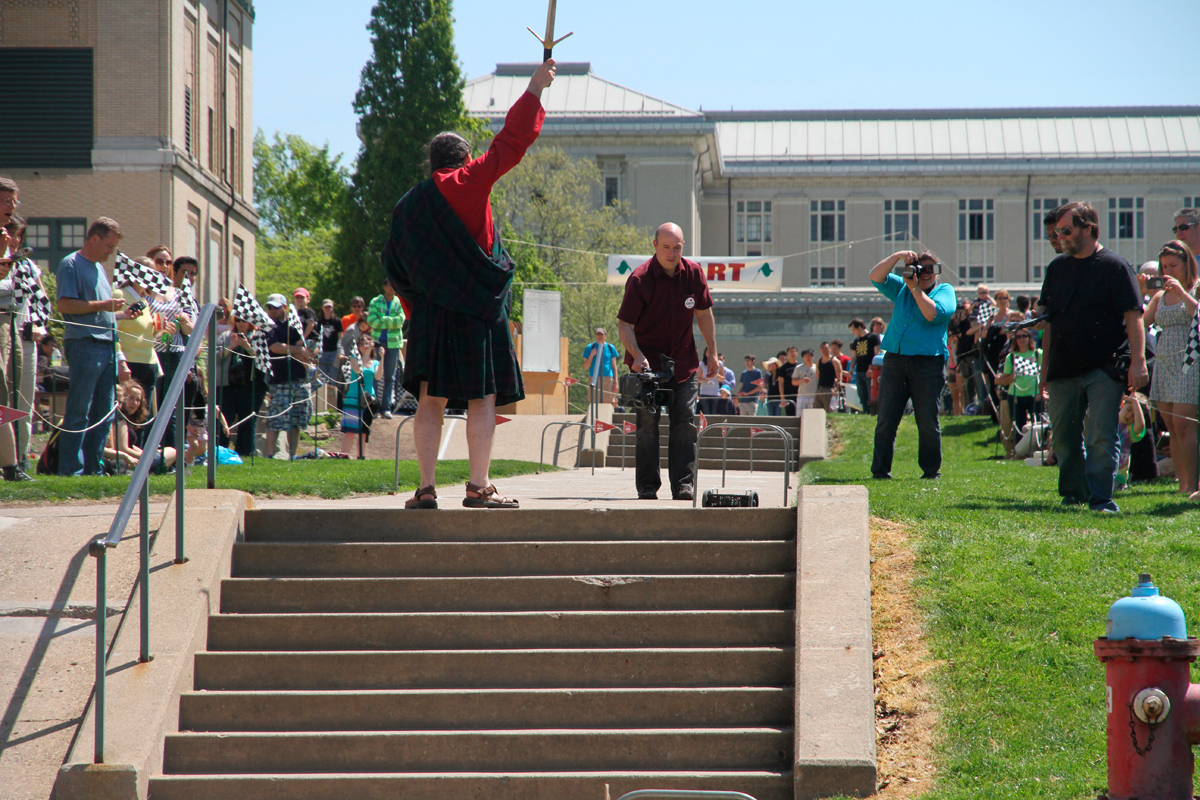 A mobot passes through the sixth gate as spectators look on. (credit: Jonathan Carreon/Photo Editor)

The 18th Mobot competition was held last Friday. The event challenges participants to create complex, autonomous machines that travel through a course beside Doherty and Wean Halls. The annual tournament was held in conjunction with celebrations for the end of National Robotics Week. In addition to the Mobot races, there were tours of the Robotics Institute, lectures, and a reception.

Each team was allowed to run its mobot through the course twice and the best performance was judged.

Participants had their mobots travel through ordered gates spread throughout flat and downhill sections. Although speed is a factor, the machines were primarily judged on their ability to accurately navigate through the gates.

And, of course, the mobots had to be autonomous, with human interaction of any kind being prohibited. The participants used sensors to identify the white curved line painted on the mobot course to guide their bots.

The white line, however, does not have high contrast to the concrete walkway. This aspect proved to be troublesome for most of the participants. Adding in factors like sunlight and shadows, many of the robots weren’t able to get past the first few gates.

The winning team from the Undergraduate category was Gaussian Blur, comprised of senior electrical and computer engineering majors Billy Keyes, Nolan Hergert, and Chao Wang. Their hard work paid off as they were the only team to successfully navigate through every gate. The feat was accomplished in a time of 2:13.84.

Wang, who participated in the Mobot competition for the first time, found that the most challenging aspect of the competition was allowing the software and hardware to work together to create a cohesive machine. The experience has led him to a new interest in robots.

“I am not going to do robotics as my career, but it definitely tickled my interest in robotics. I may ... build some new robots after college just for fun,” Wang said in an email.

The Open Class category was won by team Pimientos Verdes, comprised of Breogan Amoedo, Julio Ortiz Villajos Maroto, Manuel Lopez Antequera, and Jesus Bonache Martinez, all of whom are staff members of the Robotics Institute. They were able to reach the fifth gate with a time of 1:5.33.

Some of the participants, like Exhibition competitor Eli Richter, came from outside the university. Richter went on to win the Judges’ Choice prize. Although he placed second in the Exhibition category, making it through gate five in 29.24 seconds, the judges wanted to recognize his unique strategy of not following the curved lines.

Richter, who is part of the club HackPittsburgh, said that he’s been a fan of Mobot for years. “I grew up in Pittsburgh; I grew up watching this race. It’s something I’ve been wanting to do for a while,” he said.

Richter said that the experience of working with Mobot has taught him a lot: “I had to build the car, I had to design the sensors, I had to program the robot. It was a really cool experience.”