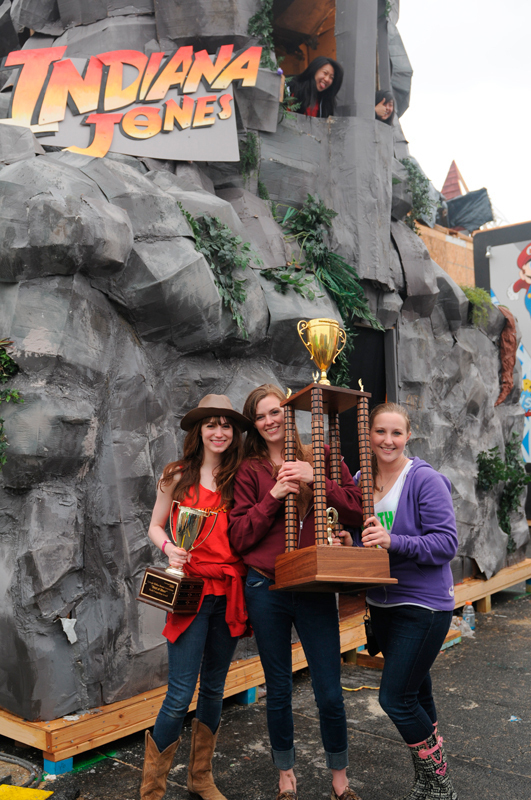 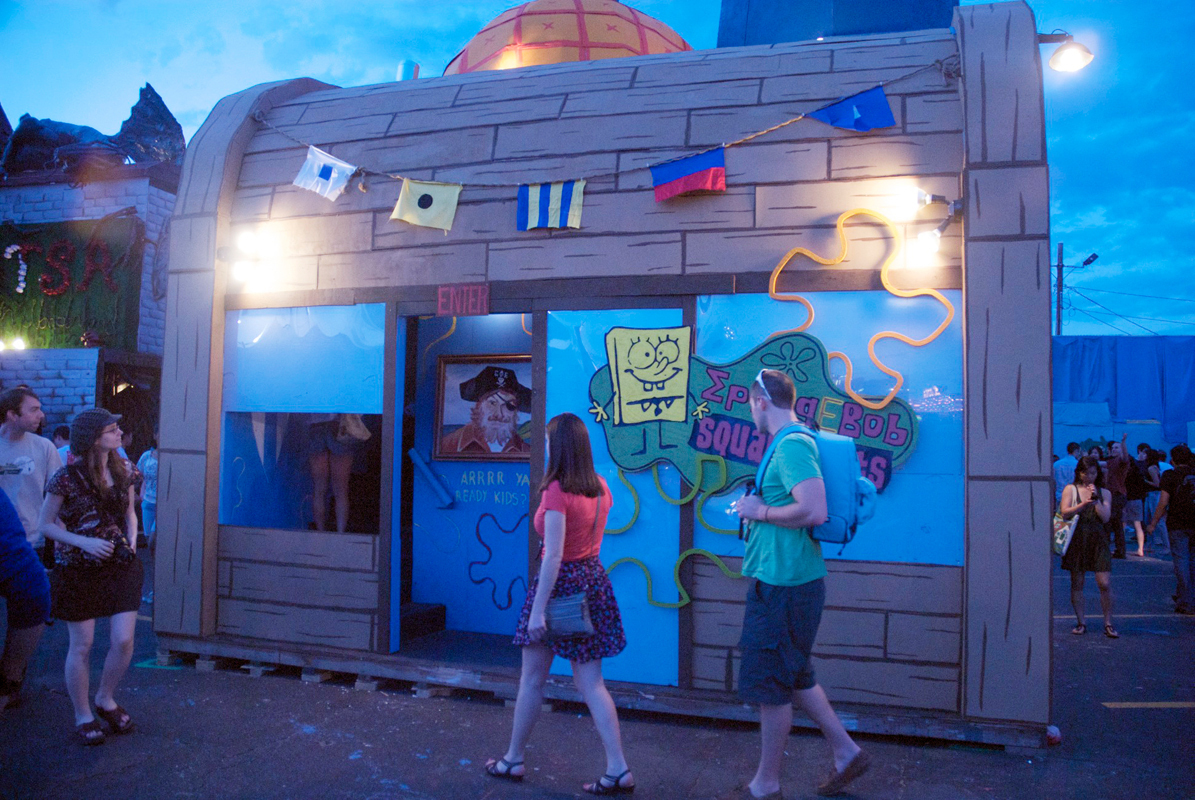 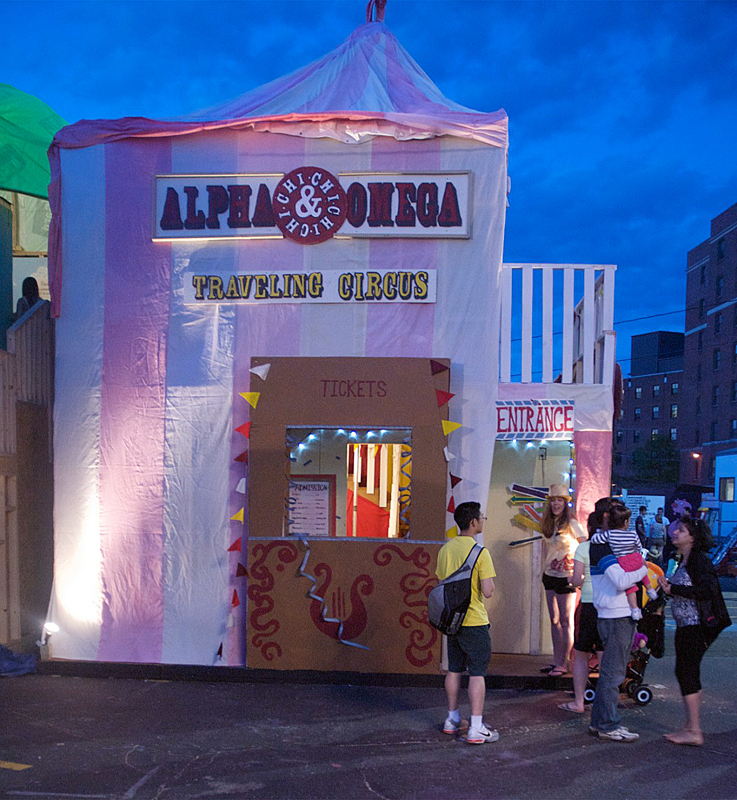 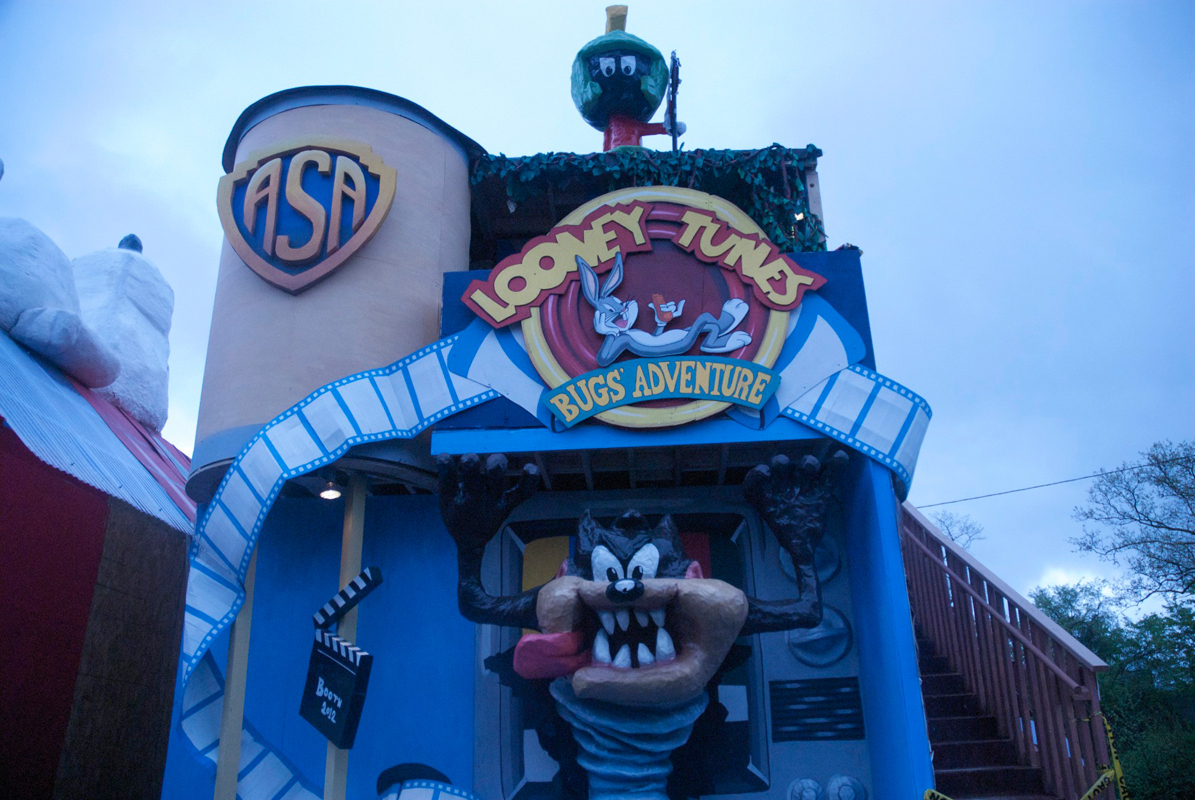 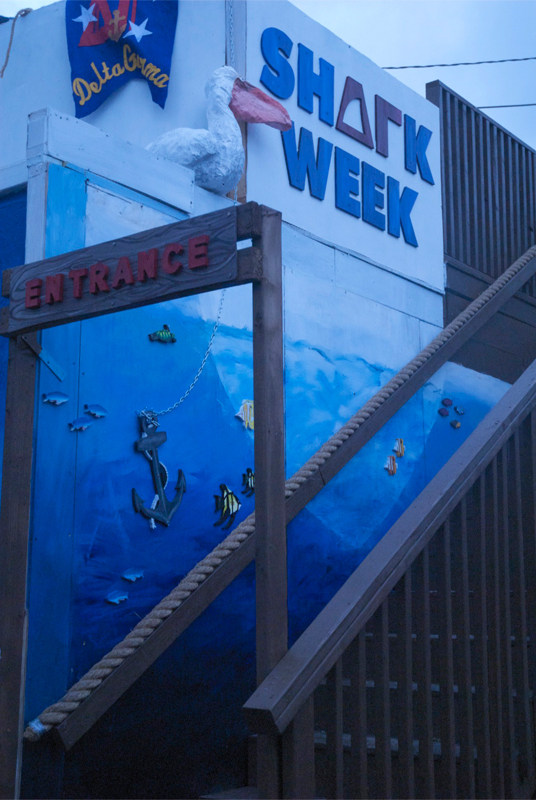 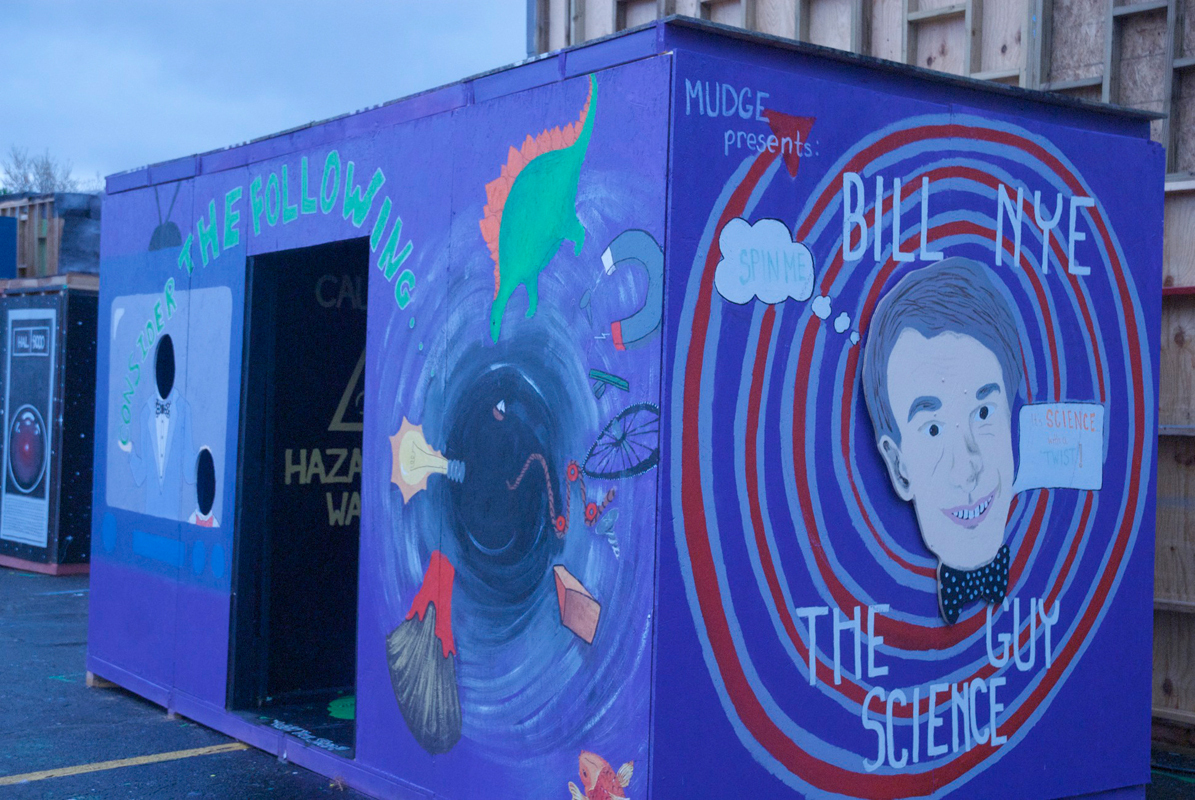 The theme of this year’s Spring Carnival, “As Seen On TV,” allowed for a number of creative individual booth themes, but also provided some challenges for certain organizations. Instead of basing booths on cheesy infomercials, as the theme might suggest, most groups chose television shows for their booth themes.

Patrick White, senior mechanical engineering major and Midway chair, organized the judging and helped pick the theme. “It ended up between ‘At the Theater’ and ‘As Seen On TV,’ ” he said. “And then ‘As Seen On TV’ won the final vote.”

With its Indiana Jones-themed booth, Kappa Alpha Theta came away with first place in the Sorority category. The sorority’s booth was highly detailed and, despite certain touches being ruined by the rain, it created an all-encompassing environment for visitors to explore and enjoy. Visitors were taken on tours in small groups, led by members of Kappa Alpha Theta. This tour-style presentation made the booth seem more like an experience than other booths, where visitors just walked through and looked around on their own.

Featuring an impressive façade that mirrored the exterior of Squidward’s Easter Island statue-shaped house, Spongebob’s pineapple-shaped house, and the Krusty Krab, Sigma Phi Epsilon’s Spongebob Squarepants-themed booth won first place in the Fraternity category. With such an amazing exterior, the fraternity’s booth grabbed visitors’ attention before they even entered. The inside of the booth featured different rooms from the cartoon show and included details like glowing jelly fish. With its attention to accuracy and detail, Sigma Phi Epsilon created a memorable booth that stood out from the others.

In the Blitz category, Lambda Phi Epsilon won first place for its World Cup-themed booth, which featured a miniature field where visitors could play soccer. Upon first glance, it didn’t even look like a booth, but it actually provided a nice space for some of the younger visitors to play and run around.

Second place in the Sorority category went to Delta Gamma for its Shark Week-themed booth and Delta Tau Delta for its Lunar Landings booth in the Fraternity category. Delta Gamma’s booth, which featured several fake large sharks, sand on the bottom floor, and a laser-cut ship’s wheel, was one of the more impressive and enjoyable booths to walk through, and it was clear that the sorority members had spent a lot of time constructing it.

Third place in the Sorority category went to Alpha Chi Omega for its traveling circus-themed booth. While the booth did not really fit the overall theme of “As Seen On TV,” it was nicely decorated and felt very sturdy. Alpha Epsilon Pi’s Pinky and the Brain booth won third place in the Fraternity category.

Not all booths were so enjoyable, however, as some felt like they were thrown together at the last minute.

Fringe’s Planet Earth-themed booth was underwhelming, despite its theme being one of the best. BioSAC’s MythBusters booth featured interesting facts, but it was not very exciting to walk through.

This year’s theme of “As Seen On TV” opened up an opportunity for creative booths, and while some organizations did a great job with the theme, others chose themes that did not quite fit. “There’s a lot of room for interpretation, so it’s always interesting to see what people can come up with,” White said. “I think a lot of them you could actually link back [to the theme] pretty easily.”

“We’ve been trying to make the booths a lot safer and stronger and I think we’ve done a lot of good stuff with it,” White said. The increased safety standards imposed this year and the inclement weather provided an interesting challenge for many booths, but ultimately did not hinder the outflow of creativity on Midway.