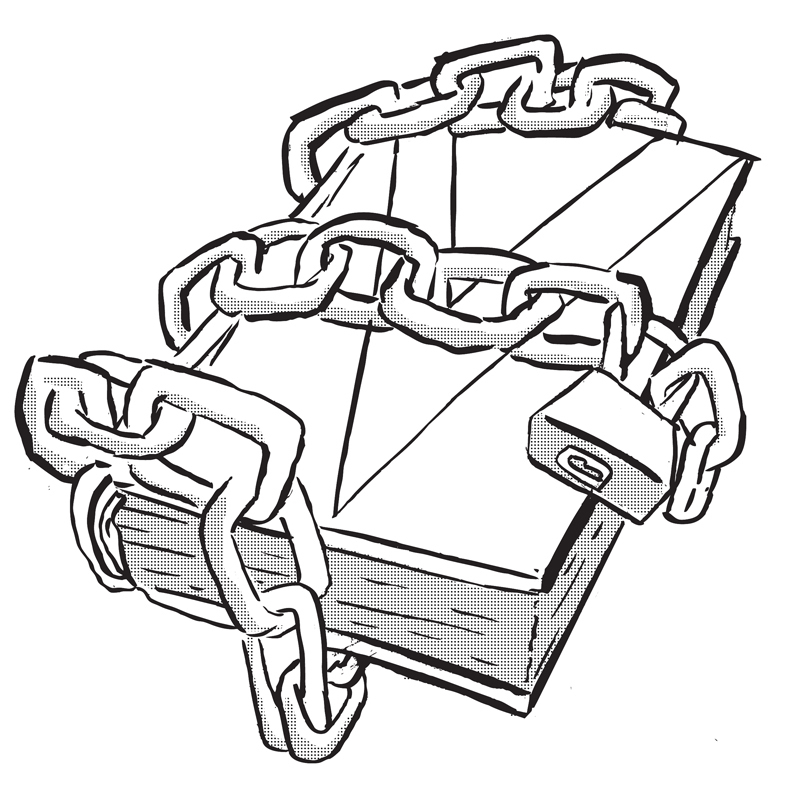 Book censorship stops progress of democracy (credit: Juan Fernandez/)
Editorials featured in the Forum section are solely the opinions of their individual authors.

This is the unspoken creed of censors and oppressors across the globe. Limiting knowledge is the surest way of maintaining the status quo.

Fortunately, the United States is an open society; people are free to speak, free to read, free to learn. Americans can find knowledge in their public libraries on any subject they can imagine. They need not fear books being removed by intolerant or fearful censors.

That, at least, is what I believed growing up, as I spent hours exploring school and public libraries. The truth is less pleasant.

Last Monday, the American Library Association released the State of America’s Libraries Report 2012, an annual report that includes a section on intellectual freedom with a list of the most banned books of the year.

Banned books conjure memories of totalitarian Soviet Russia, the Inquisition, and McCarthyism. It is enforced ignorance with no recourse, for how can one protest when knowledge itself is hidden?
The books on the ALA list are a strange mix including literary classics and modern teen fiction. The intellectually stirring works of Lauren Myracle — the novels ttyl, ttfn, and l8r g8r — share space with To Kill a Mockingbird by Harper Lee and My Mom’s Having A Baby! A Kid’s Month-by-Month Guide to Pregnancy by Dori Hillestad Butler.

At first glance, there is little to associate Brave New World by Aldous Huxley (No. 7) with the Gossip Girl series by Cecily Von Ziegesar (No. 9). The ALA helpfully provides the reasons these books were attacked. “Nudity” or “sexually explicit” was listed for eight of the top 10 targets. Some exceptions were The Hunger Games series by Suzanne Collins, which was instead called out for being insensitive and satanic, among other reasons, while To Kill a Mockingbird was criticized for its offensive language and racism. Those seeking to ban these books point out the damaging effect sexually explicit content has on children. And their argument is compelling; I’m sure that the teenagers reading Brave New World are precisely the ones most likely to start having orgy-porgies.

Today’s libraries provide electronic resources that are just as important as their paper counterparts. The forces of censorship have followed this digital transition, and libraries face demands to restrict the sites their users can visit on the internet. School and public libraries have legitimate reasons for blocking pornography and sites known for malware, but restricting access because of political or religious views steps far over the line. The ALA points out one instance when a library patron tried to research Wicca, Native American religions, and astrology but was blocked by the library’s filtering software. Schools across the country block Wikipedia in part or entirely.

Intellectual freedom is being threatened by attempts to ban books and block websites.

In any democratic society, knowledge must be both a right and a choice.

People can choose ignorance if they wish, but they cannot force it on others. Public libraries are repositories of this knowledge, and attempts to censor them are simply inexcusable.