OMx asks how to achieve happiness 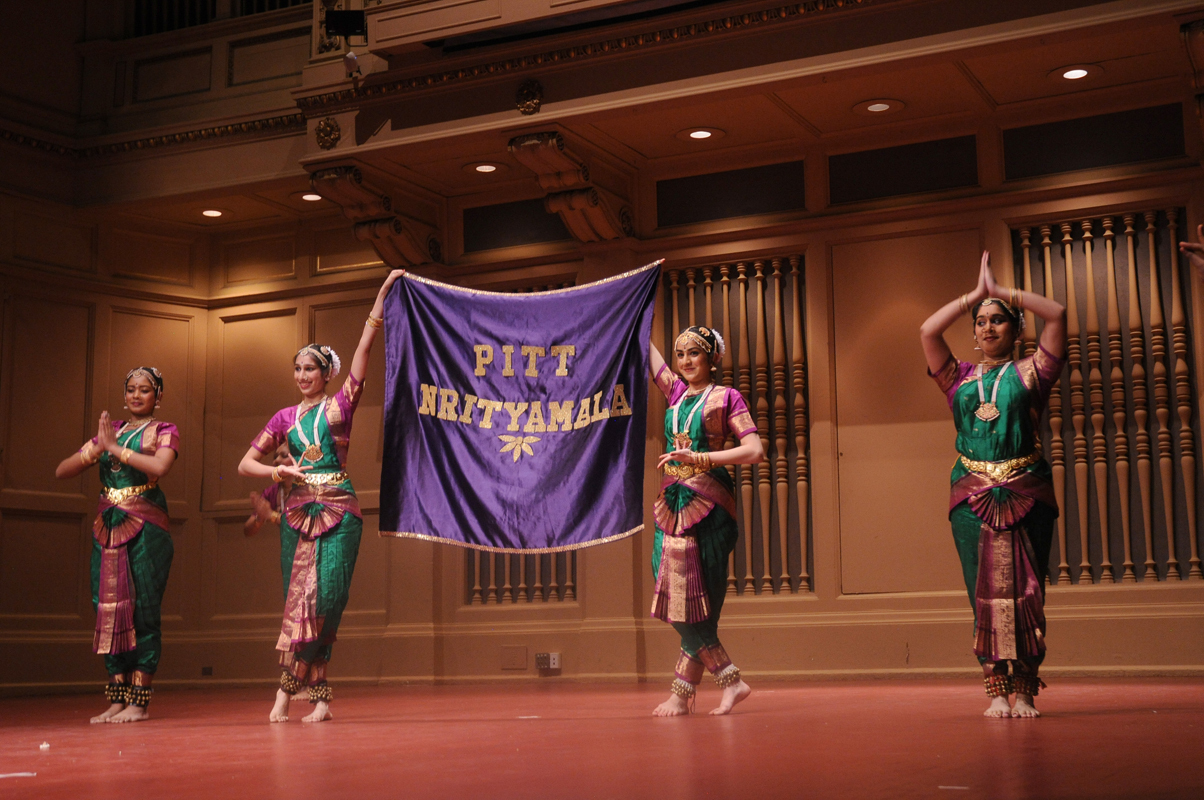 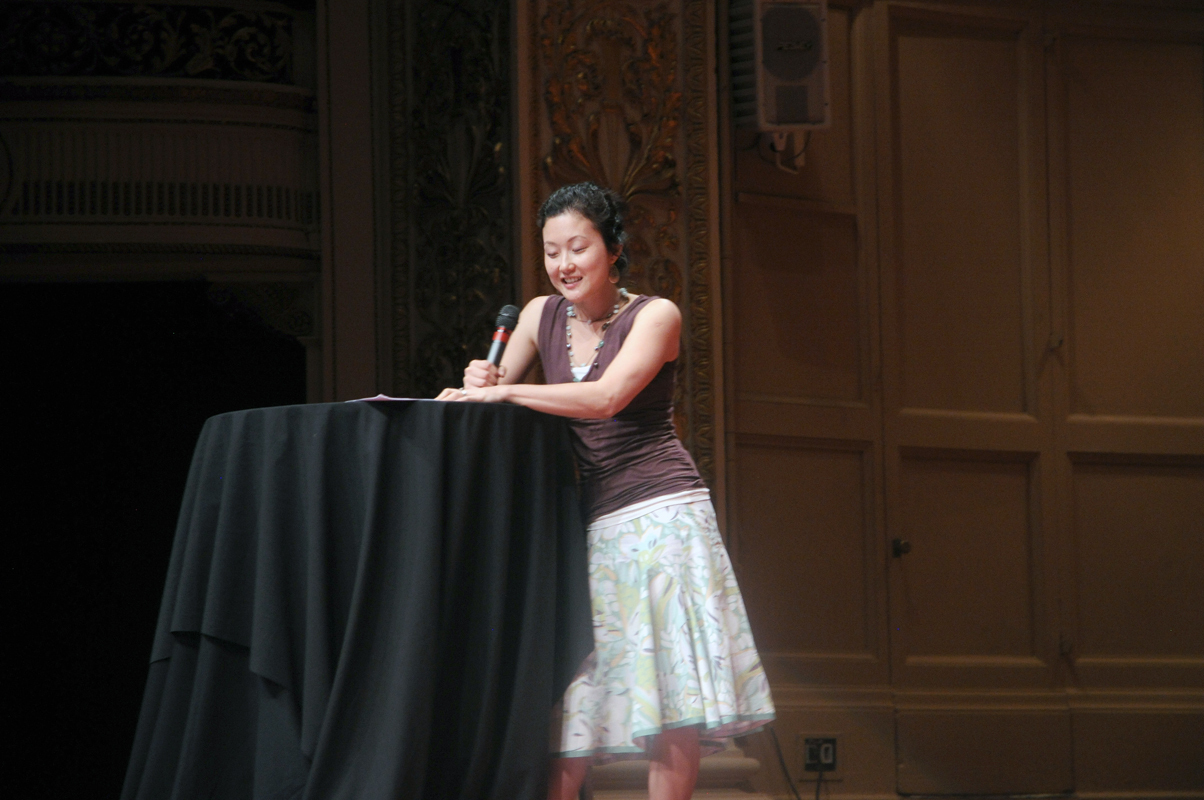 The OM organization brought five speakers and a dance group to the Carnegie Music Hall on Saturday to share their views on happiness in an event called OMx.

The five speakers were Tim Bono, a professor of psychology at Washington University in St. Louis; Hari Chandan, a post-doctoral fellow at Carnegie Mellon’s department of engineering and public policy; Indira Nair, Carnegie Mellon’s former vice provost for education; Patty Eppley, a meditation expert; and Helen Wang, a Carnegie Mellon housefellow. They were joined by the Pitt Nrityamala, an Indian classical dance team.

Bono discussed the ways the focus of one’s attention determines one’s happiness. He described studies which showed that people randomly assigned to think about good things that had happened to them in the previous week became happier than people randomly assigned to think about bad things. “One of the easiest ways to increase happiness is to regularly practice gratitude,” Bono said.

Chandan explained the Hindu spiritual approach to happiness. He told a parable of two birds sitting in a tree. One eats fruit, some sweet and some sour, and is happy and sad accordingly. The other eats nothing, and is fulfilled of its own glory. Occasionally, the fruit-eating bird glimpses the fulfilled bird. Chandan said that our true nature is that of the fulfilled bird.

“If our real nature is that infinite happiness, why don’t we see it? Because we are too distracted all the time,” Chandan said. He described the four Hindu paths to happiness: knowledge, devotion, action, and meditation.

Nair said that she believes happiness can be found through authenticity, integrity, and mindfulness. When she took her children to campus in the ’80s, they asked her, “Why does nobody smile at Carnegie Mellon?” By the ’90s, she said, the campus was happier. Nair said that one of the reasons for the change is that there is more love at Carnegie Mellon now. According to Nair, love, connection, and kindness are the keys to happiness, and they can be achieved by practicing authenticity, integrity, and mindfulness.

Junior information systems major Christian Reyes said that he connected to Nair’s presentation. “She spoke right to me, with the idea that you don’t have to worry about what others think,” he said. “That really resonated.”

Eppley focused on meditation. She said that regular meditation had made her a happy person. Eppley said that in her adult life, she had once been a “crisis meditator” who only meditated when things went wrong. Then, she said, her life fell apart. She went to study meditation with Deepak Chopra, a physician who specializes mind-body medicine. Later, Eppley was going to travel to India to find a guru, but found she did not need to. “The guru is within,” Eppley said.

Wang discussed her personal journey to happiness, speaking about pain. She said that discussing and acknowledging our pain is not detrimental to happiness, nor is it necessarily selfish. “When we give our story to the world, we celebrate our common humanity. We create safe spaces for others to have their pain lifted off of them. And when we do that, we create happiness.”

Wang told a story about her first years in America. She would bring lunches full of her mother’s cooking to school, and other students made fun of it because it looked and smelled strange to them. Eventually, Wang traded her beloved curry for turkey sandwiches and juice boxes.

After she grew up, though, Wang said that she learned that she was denying a huge part of who she is. She said that she stopped doing that, started being who she really was, and became happier. Wang stressed that, in order to be happy, we need to be our effortless, authentic selves. “We walk in the world as if we were broken, but really, everything that we have is more than enough.”

Attendees liked Wang’s section of the presentation. “I thought she had a good perspective on Carnegie Mellon students,” said Vicente Estrada, a first-year in CIT.

“She seemed to really believe what she was saying,” said junior cognitive science major Susan Dou. “If she didn’t have her notes, I bet she would have made the same speech.”

The six presentations were structured around a narrative, delivered by junior information systems and decision science double major Archit Kumar, the president of OM. Kumar played a Carnegie Mellon student named Arjun Patel, a senior chemical engineering major, who was searching for happiness. Each of the presentations was meant to be a person or experience Arjun engaged with along his journey.

First-year CIT student Vijay Iyengar, one of OMx’s co-chairs, said that the point of OMx was not to teach happiness, but to make attendees think about the way they practice happiness in their own lives. Every speaker touched on that idea. “The shortest distance between point A and point B is a straight line. And each of our speakers converges into one straight line,” Iyengar said.

He said that he has already started putting some of the speakers’ ideas into practice in his own life. In particular, he said, he has taken Eppley’s advice to heart. “I have started taking five minutes out of each day to just step back and distance myself.”

Proceeds from OMx were donated to the Ekal Vidyalaya Foundation, which sets up single-teacher schools in small villages.