Chicago comes to Pittsburgh with a bang 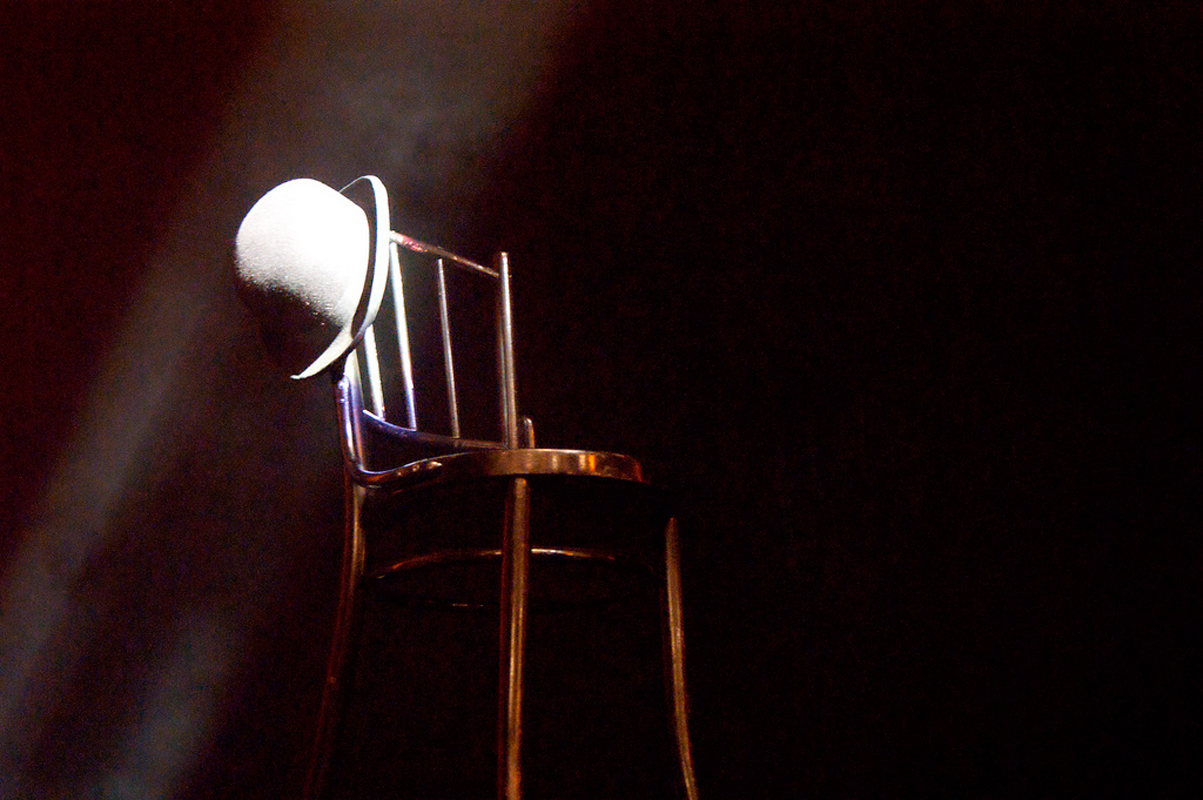 Like the musical’s plot, the set for the production of Chicago was minimal, featuring only a chair and a hat onstage as guests filed in for the show. Broadway Across America presented a Pittsburgh production of the satirical musical at Heinz Hall last week. (credit: Courtesy of Enrique Fernández via Flickr)

As the audience filled the seats of Heinz Hall last Thursday, the only thing onstage to greet the show-goers was an empty black chair, lit by a single spotlight, with a hat perched on the back.

When the house lights dimmed, a company member strode out, placed the hat on her head, and announced, “Welcome, ladies and gentlemen. You are about to see a story of murder, greed, corruption, violence, exploitation, adultery, and treachery — all those things we hold near and dear to our hearts.”

The minimal setting and tongue-in-cheek welcome set the tone for Broadway Across America’s production of Chicago, a dark, satirical musical about show business and Chicago during the roaring ’20s.

In Chicago, housewife and wannabe vaudeville star Roxie Hart (Tracy Shayne) kills her lover when he says he’s leaving her. Roxie is arrested and taken to prison, where she meets Velma Kelly (Terra C. MacLeod), a small-time vaudeville performer who has become famous for the double murder she is accused of. The two women become bitter rivals as they fight for the attention of their attorney, smooth-talking Billy Flynn (Brian O’Brien), and the Chicago press.

Although most people are familiar with the 2002 film adaptation that stars Renée Zellweger and Catherine Zeta-Jones, the musical is actually quite different from the movie. It’s structured like a vaudeville show, skipping from one musical number to the next with a company member dramatically announcing each song. There is very little action or dialogue between musical numbers — only enough to maintain the structure of the show and keep the plot moving.

The set of the show matched the minimal nature of the plot. The musicians’ bandstand took up the majority of the stage, and for most of the show, props were limited to black chairs and ladders running up either side of the stage. Similarly, most of the characters donned simple black dance outfits, and the choreography was constrained to simple, sultry movements.

What the production lacked in flashy production elements, however, it made up for in talent and sex appeal. The company members all flaunted their dance skills, with moves that set the tone for the adultery promised in the introduction.

The dancing wasn’t the only element that highlighted the performers’ talent: The vocals of Matron “Mama” Morton (Kecia Lewis-Evans) in particular stole the show. Lewis-Evans only sang in two musical numbers — “When You’re Good to Mama” and “Class” — but her impressive range and vocal control left the audience yearning for more.

Ron Orcbach won over the audience’s heart as Amos Hart, Roxie’s bumbling but doting husband. His affectionate-but-clueless characterization endeared him to the viewer, earning Amos vocal affirmations of sympathy from the audience at several points throughout the show.

In juxtaposition with Amos’ awkward sweetness was O’Brien, playing the charismatic attorney whose talents lay in manipulating the press and the jury. He created a powerful presence onstage, charming the audience even as he openly advocated lying to the courts in order to win his clients’ cases.

Surprisingly, the least impressive part of the show was the performances of the two lead actresses, MacLeod and Shayne. Neither of their performances was particularly arresting, and often the dance company members were more engaging than were the leads in musical numbers. Granted, Roxie and Velma portrayed aspiring vaudeville performers with merely mediocre abilities, so it makes sense that their vocals would lack the power of, say, Lewis-Evans’.

This problem is one that any musical about mediocre performers must tackle: Should you stay true to the character and make the performance subpar? Or, should you just focus on putting on a good show for the audience?

Roxie and Velma’s big closing duet, “Hot Honey Rag,” indicated that this performance leaned toward the former: The sloppy dance moves seemed like an artistic choice meant to highlight the irony of the two murderesses making it big. However, while their lack of star quality added to the dark comedic edge of the show, it didn’t add to the audience’s enjoyment of the performance.

Despite this weakness, Chicago kept its promise to put on a vaudeville performance with “corruption, violence, exploitation, adultery,” and all that jazz — and did it with smoldering musical numbers and enough talent to keep the audience entertained.