VIA festival revitalizes Pittsburgh with collaborations in art, music 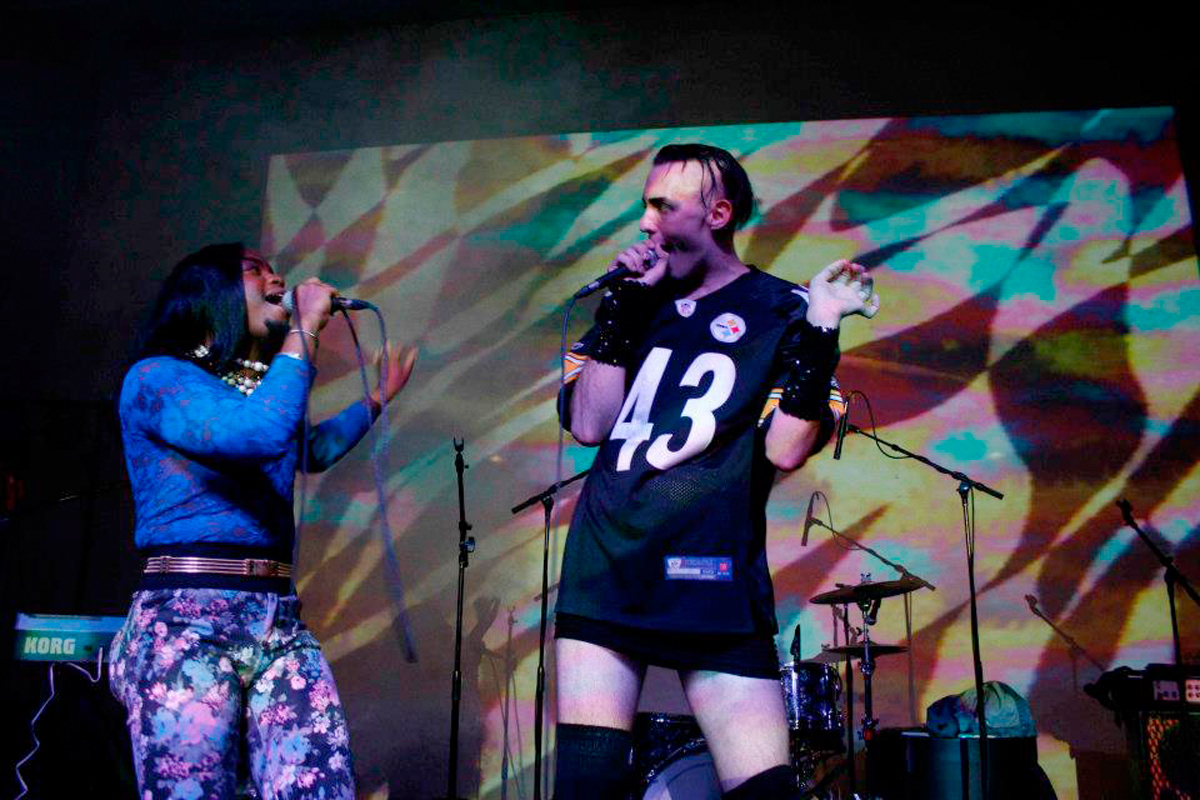 Two members of the House of Ladosha performed a short opening set for queer pop group SSION on Friday night. Their highenergy performance and gender-bending costumes helped get the audience excited for SSION’s set. (credit: Courtesy of VIA) 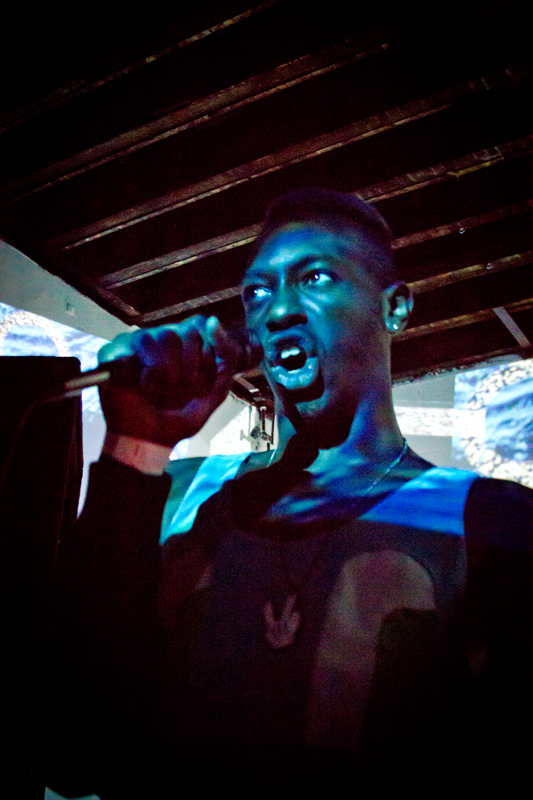 New York City-based rapper Le1f, who is known for challenging the traditionally homophobic rap genre, performed to a full house at 6119 on Thursday night. (credit: Courtesy of Sharon Rubin) 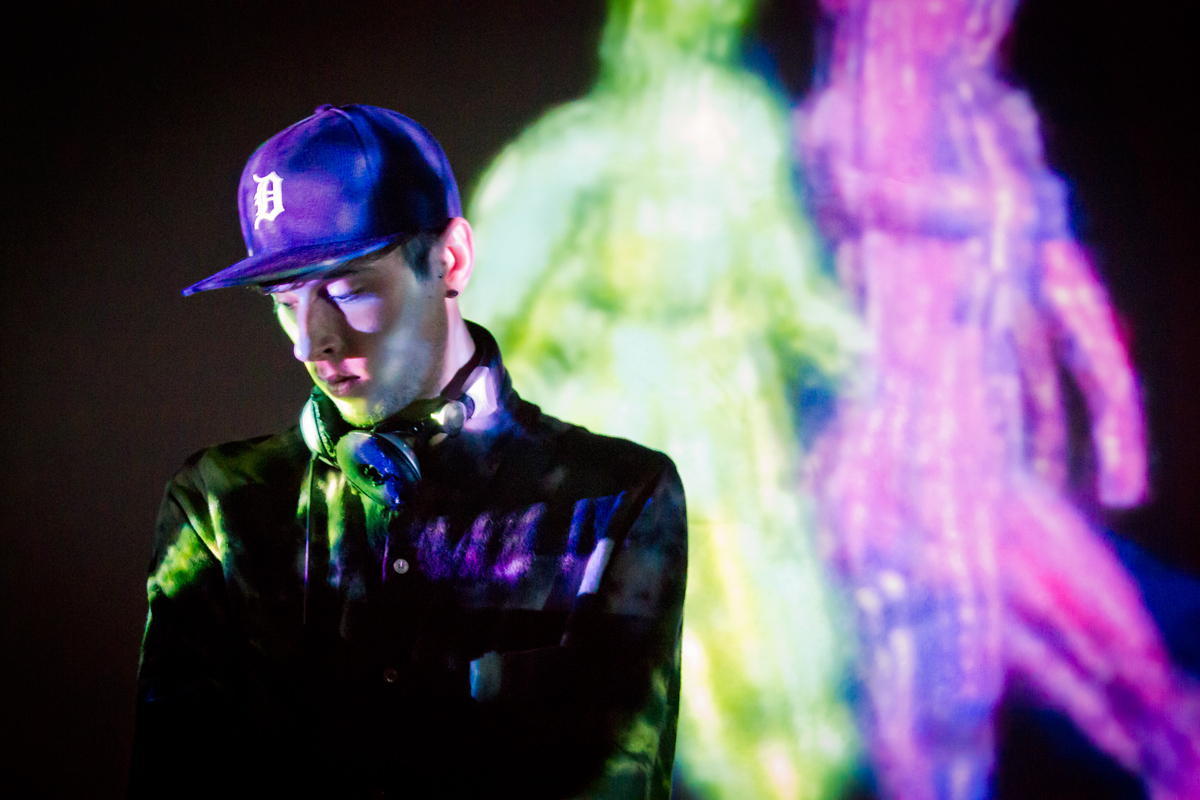 It’s hard to describe the VIA Music & New Media Festival without leaving out something important. Sure, it’s about dance parties, DJs, and visual art, but it’s also about collaboration, experimentation, and community involvement. With a week of interactive exhibits, concerts, and lectures, VIA is an energy and a driving force that is changing the city’s musical landscape.

This year was the third annual VIA Festival, going from last Monday and into Saturday night in various locations around Pittsburgh. VIA is a Pittsburgh-based, volunteer-run electronic music collective. It started its annual festival in 2010, and has since brought over 100 musicians and 60 visual artists to the city. Over the summer, VIA opened its own venue at 6119 Penn Ave., where it has been hosting shows and creating a stronger presence in the community.

The VIA Festival is different from your average electronic music festival. According to its website, “VIA’s ‘Festival As Laboratory’ approach highlights the intersection of cutting-edge music and new media art through collaborative performances, installations, mobile projects, lectures and workshops.” Throughout the festival, DJs and producers are paired with visual artists to create unique performances. The result is an experience that concert-goers will not forget.

This year’s festival featured a few changes from previous ones. The first major change was location. While still primarily held in East Liberty, this year’s shows were held at both the new 6119 space and at the abandoned PNC Bank building at 6000 Penn Ave. The former PNC building proved to be an excellent site for the festival: The overwhelming size of the building allowed for a large stage, massive dance floor, and full bar, making it a suitable counterpoint to the smaller space at 6119.

The building was outfitted with an excellent audio and visual system, including seven projectors that highlighted the visual art throughout the shows. Another major change — perhaps the most notable — was that it lasted all week, not just the weekend. This change allowed more time for workshops, smaller concerts, and interactive art exhibits.

The festival kicked off on Monday with an exhibition at Fe Gallery, in which 10 different artists used 3-D computer graphics software to create experimental artworks. Other interactive events included a lecture about the history of avant-garde cinema with Jonathan Walley (an associate professor of cinema at Denison University) and Melissa Ragona (Carnegie Mellon associate professor of visual culture and critical theory in the School of Art).

Other attractions included a demonstration of juke and footwork, an extremely fast dance style that grew out of Chicago; a Data Garden exhibit at the Center for PostNatural History that focused on plant-based generative music; and a workshop at community art space Assemble that featured crash courses in various visual programming languages.

Perhaps the most interesting interactive event was the pop-up arcade held at the Deeplocal studio space at 6101 Penn Ave. The arcade was presented by Babycastles, a New York City-based video game collective. On Friday, festival-goers were invited to come to the space to learn how to make their own fully-functioning games from low-budget materials. On Saturday, the arcade was open for business, featuring original games by Babycastles and other artists. Carnegie Mellon alumni Tim Sherman (CFA ’12) and Caitlin Boyle (CFA ’12) were among those that created games. Their games were both housed in old arcade game machines, creating an authentic arcade experience through relatively simple games.

VIA also featured a number of performance artists this year — including robotcowboy, Erica Gressman, and Mikey McParlane — who all performed at 6119 on Saturday. Robotcowboy is Dan Wilcox’s performance art piece that combines musical performance and wearable computers. Wilcox, a master’s student in the School of Art, calls it “Human-Computer Performance.” Gressman and McParlane, a Carnegie Mellon alumnus (BHA ’08), are both performance artists based in Chicago.

Thursday’s show opened with Toronto-based artist SlowPitch, who performed an impressive, yet sparse, set at 6119. His set never quite picked up, making him a perfect opener for the more dance-oriented groups that followed.

SlowPitch’s set was live; he was making the music as he went along, not just DJing records. “It’s all about your energy out there,” he said at one point during his show. “I’m making this up on the fly.”

The night continued with Poirier, a DJ and producer based in Montreal. Despite shaky transitions, his set was one of the best of the night, featuring a jungle vibe with tropical bass sounds. Poirier got people dancing and helped pave the way for New York City-based rapper Le1f. If Poirier got people dancing, Le1f really got the audience moving. Known for being outwardly gay and challenging the traditionally homophobic rap genre, Le1f’s music and performance style are socially conscious without being didactic. His stage presence and skillful live rapping engaged the audience in a high-energy performance.

On Friday, New York City-based queer pop group SSION performed at the former PNC building. Led by singer Cody Critcheloe, SSION put on what was perhaps the most energetic and engaging show of the whole festival. Critcheloe’s stage presence paired with the group’s high-energy and highly danceable music made for an unforgettable show. Scott Andrews, a visual artist and master’s student in the College of Fine Arts, provided the visuals for SSION’s set, a mashup of queer symbolism that added to the wonderfully chaotic environment.

Later on Friday night, Pittsburgh’s own Girl Talk made a surprise visit to the festival. Instead of performing his usual mashup-style set, he performed a short experimental noise set that was almost entirely comprised of bass sounds. The set was disorienting and confusing, with strobe lights flashing, Girl Talk outfitted in a Steeler’s jersey and helmet, and two masked girls throwing Arby’s roast beef sandwiches into the audience. Despite the general weirdness of the set, it was without a doubt a testament to the type of environment VIA creates. There are few outlets for this type of set, but it fit into VIA’s lineup seamlessly.

This feeling of experimentation pervaded the week’s performances and activities, proving that VIA is, indeed, much more than a music festival. It’s an event for artists and concert-goers to fully immerse themselves in music and art without fear of rejection. The audience is welcoming, the artists engaging, and the week truly memorable.

As Holter said at her performance Tuesday night, perhaps most accurately summing up the entire festival: “I like you guys.... It’s good vibes.”