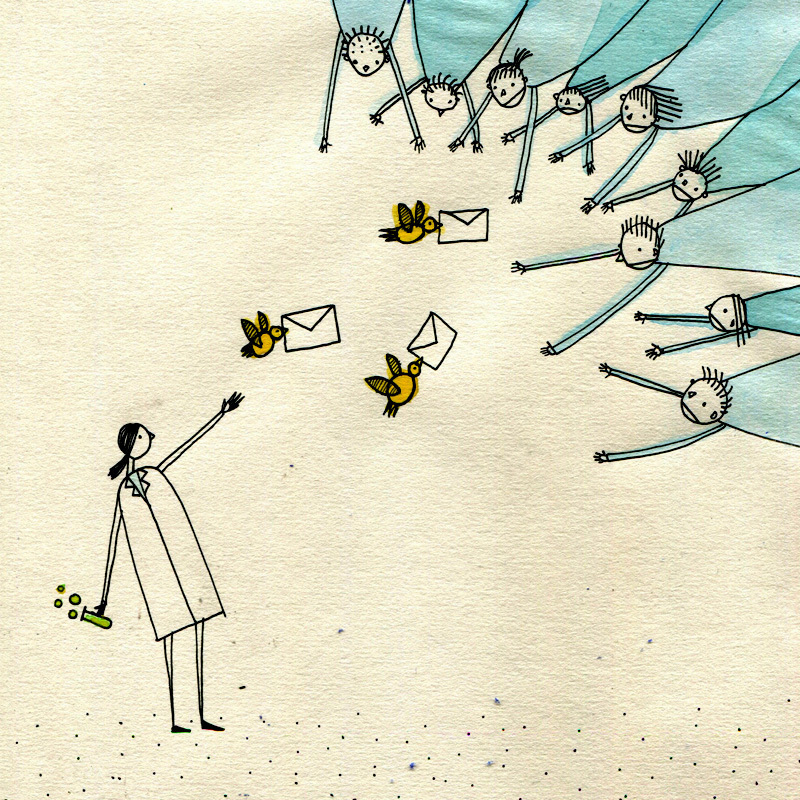 A 2005 survey conducted by Research!America found that only 18 percent of Americans said they personally know a scientist. Many hypothesize that this is due to a lack of dialogue between scientists and the general public. To help change this, a new program starting this fall aims to encourage researchers to open up to the public and speak a language everyone can understand.

“We feel very strongly that communication with the public is an important part of what we do as researchers,” Jesse Dunietz, a Ph.D. student in computer science, said to a room full of researchers at the first session of Public Communication for Researchers (PCR).

“By learning the skills that we need and feeling more comfortable with this sort of thing, we’ll be able to make a difference,” Dunietz said.

One of Shorr’s motivations for the program is to unlock the “beauty” of the ideas that motivate scientists to do the work they do, such as using a pipette to tediously move millions of drops of liquid from one place to another.

“It’s not for the money, and it’s definitely not because we like pipetting tiny drops of liquid,” Shorr said. “It’s because we’re working on some of the most complex ideas that we’ve come up with as a species, and it’s a shame when that story doesn’t get out.”

Dunietz came up with the idea to start the program last June, when he attended a lecture at the Carnegie Science Center titled “Is there a war on science in the U.S.?” After the talk, which touched on the existing disconnect between scientists and the public, an audience member asked the lecturer, the Center’s director of Science and Education John Radzilowicz, why researchers didn’t receive the training to reach out to the public.

The idea came to fruition after three months of careful planning, with Radzilowicz teaching researchers some basics in discussing their work with the public and the media during the first PCR session, held Sept. 20.

“I believe that public outreach is really part of the scientific enterprise now,” Radzilowicz said to those in attendance at the first PCR session. “It used to be something that some people could do and some people wanted to do, and I’ll argue as we go along that it’s now something we must do.”

After discussing some of the basics of effective science communication, Radzilowicz had those in attendance practice by explaining their research to those around them in as few words as possible. As a test, those who received the explanation were asked to describe their peers’ research to the audience.

“It was especially haunting and motivating to hear two specific points he raised: that many people don’t know practicing scientists, and if you don’t convince a kid that science is cool and a viable career by age 11, odds are you’ve lost them,” Day said.

Amy Nagengast, a Ph.D. student in both civil and environmental engineering and engineering and public policy, said she hopes to improve how the interest in science is perceived.

“To put it bluntly, I would like to break the stereotype for young people that geeks are not cool,” she said.

The next PCR session, which will teach attendants how to more effectively tell science stories, will be held Oct. 11.