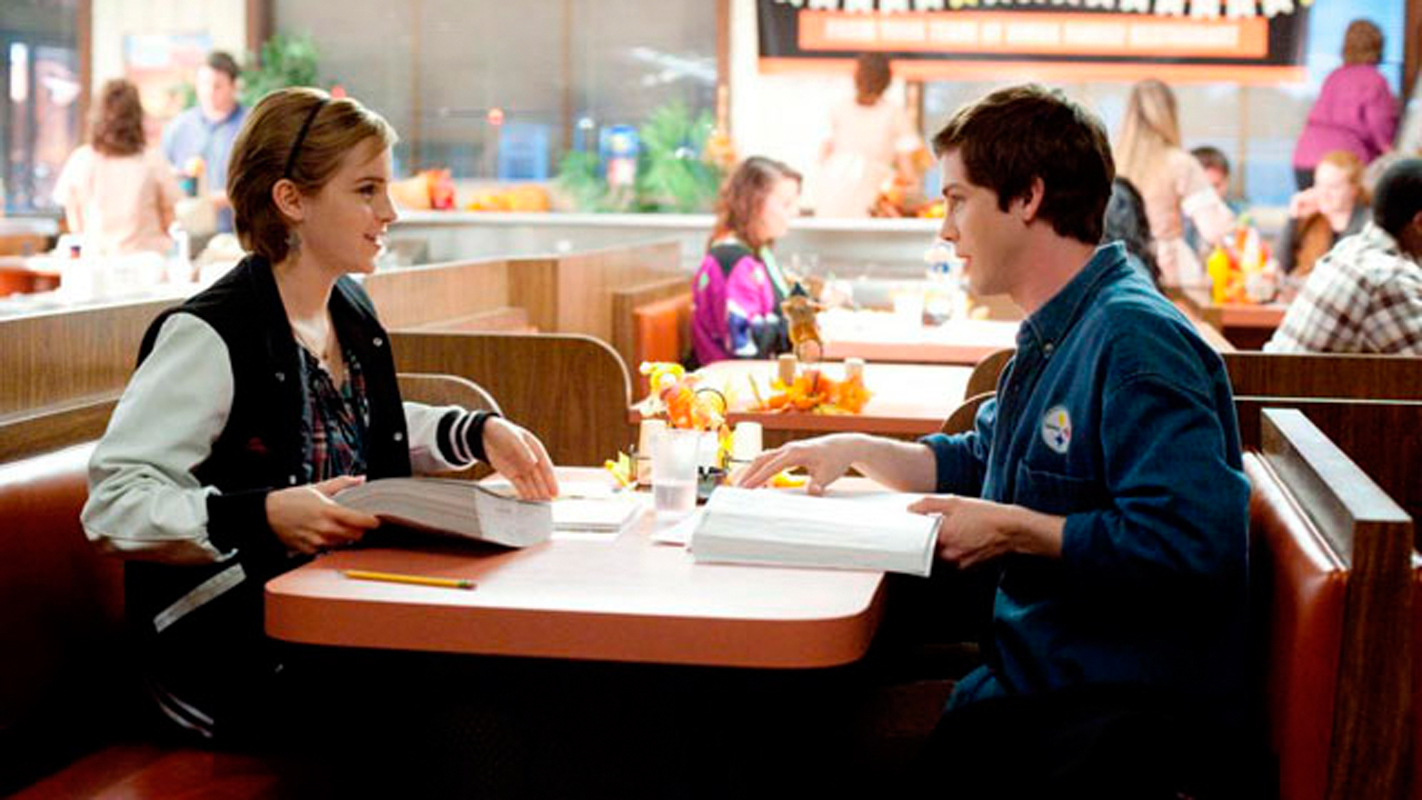 The Perks of Being a Wallflower follows the relationship between high school freshman Charlie (Logan Lerman) and his newfound friend and crush Sam (Emma Watson, shown above). (credit: Courtesy of perks-of-being-a-wallflower.com) 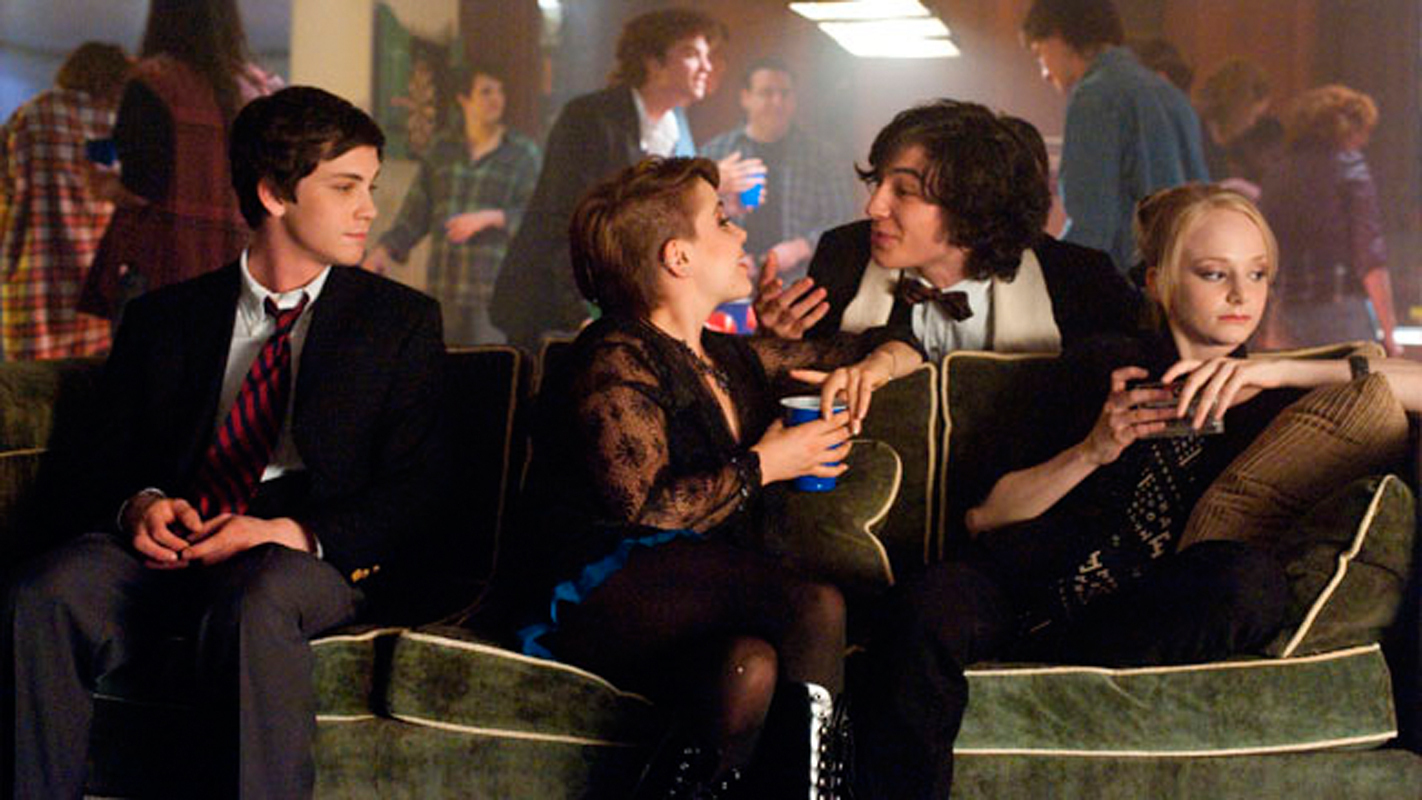 High school freshman Charlie’s prospects take a turn for the better when two seniors take him under their wing. (credit: Courtesy of perks-of-being-a-wallflower.com)

While it has become common practice for books to be adapted into films, fans of the books are rarely happy about some aspect of the resulting movie, whether it’s a casting decision, a change in the plot, or an omitted scene. However, fans of Stephen Chbosky’s book, The Perks of Being a Wallflower, will find little to complain about in the film adaptation.

The book, originally published in 1999 by MTV, consists of letters that high school student Charlie (played by Logan Lerman) writes to an anonymous stranger relaying details of his first year of high school. He begins the year friendless, as his best friend Michael committed suicide several months earlier, but soon befriends a group of seniors that take him under their wing. Throughout the year, he experiments with drugs and falls for his beautiful friend Sam (Emma Watson), all the while struggling with traumas from his past.

In many ways, the coming-of-age novel feels like a modern-day version of The Catcher in the Rye: beautifully written, but often with heavy-handed amounts of teenage angst. It’s the sort of book that speaks profoundly to you at age 13, but feels far less relevant post-pubescence.

While the movie still has plenty of high school drama, it is more relatable than cringe-worthy, due in large part to the quality of the acting. Although Charlie is a quiet kid who could have easily come across as a flat character, Lerman brings out the nuances of his personality. Watson shines as the boisterous but caring Sam, proving that she is capable of branching out beyond the Harry Potter franchise. Ezra Miller is similarly compelling as Sam’s gay stepbrother Patrick, whose sass and sarcastic pep hide his vulnerability.

The movie’s cinematography helps to capture the dreamy, poetic feel of the novel. While by no means boundary-breaking or Oscar-worthy, the film contains some interesting camera angles and filming decisions, especially whenever Charlie is on drugs. The cinematographic choices for the climactic scene near the end of the film give the audience insight into Charlie’s mental state at the time and help to heighten the drama.

For Pittsburgh residents, the film’s location is an added bonus. Chbosky is a Pittsburgh native and set Perks in his hometown suburb, so it was only natural that, as the writer and director of the film adaptation, he would have filmed it in Pittsburgh. The stunning scene in which Sam stands on the back of a truck while riding through a tunnel will win over audience members anywhere, but it will strike a particular chord with Pittsburghers as they recognize the Fort Pitt Tunnel and the shots of Downtown.

Perks may be a movie about high school, but not only high schoolers will appreciate it. It captures all the feelings and horrors and joys of being 16, but does it in such a way that will invite older audiences in, rather than drive them away. As Charlie says at the end of the film, “There are people who forget what it’s like to be 16 when they turn 17. I know these will all be stories someday... But right now these moments are not stories.” The Perks of Being a Wallflower brings those stories back to life.