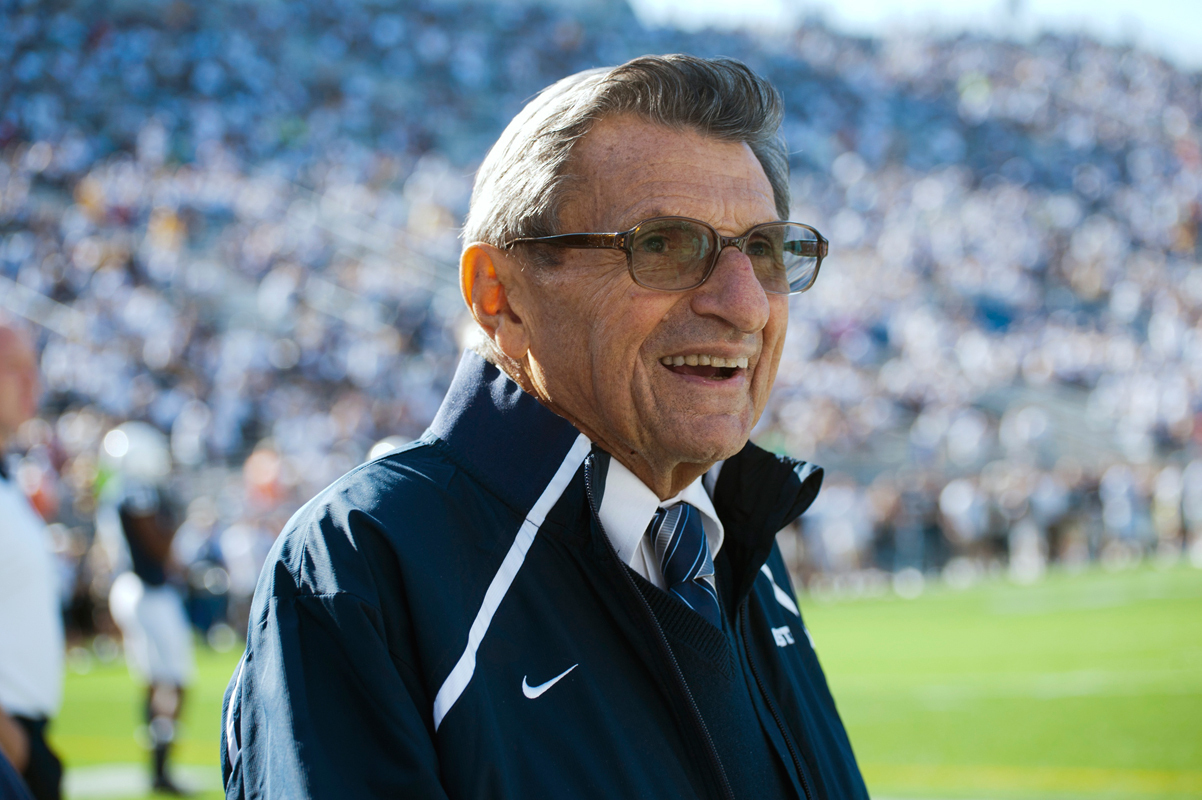 Just a day after former Penn State University football coach Joe Paterno was reported to be in critical condition due to his two-month battle with lung cancer, he passed away at the age of 85 on Sunday.

Paterno’s coaching career — entirely with the Nittany Lions — includes five undefeated seasons, three Big Ten Championships, and two National Championships. His 409 Division I-A FBS wins are the most in the history of college football. He also topped every coach in bowl game appearances (37) and victories (24). His “coach of the year” awards are in no short supply and he superbly deserved his Sports Illustrated Sportsman of the Year honor in 1986. His induction into the College Football Hall of Fame in 2007 came as no surprise to all college football followers.

The résumé so inadequately listed above is just a speck of how truly great Paterno was. Since joining Penn State football as an assistant coach in 1950 and his promotion to head coach in 1965, Paterno built the football program into one of the most dominant in college football history, and was also a hero to the entire campus.

In 2010, the Maxwell Football Club of Philadelphia established the Joseph V. Paterno Award to be given to the college football coach “who has made a positive impact on his university, his players and his community.” But after the Sandusky scandal the following year, the award was discontinued.

I implore the world to not follow the lead of this club. Do not let your last memory of Paterno be his defining moment in your minds. Sixty-two years of greatness outshines, dissolves, and — may I say — excuses three months of scandal. He may have been quiet when he needed to speak up, but he was influential beyond imagination in the most positive of lights.

Yesterday, the legendary Paterno passed away, leaving behind an unmatchable legacy. Where everything started for Paterno is where it ended — at Penn State. He was hospitalized at State College Hospital, and it is poetic that his life would end at the place where he gave so much love and received so much respect.