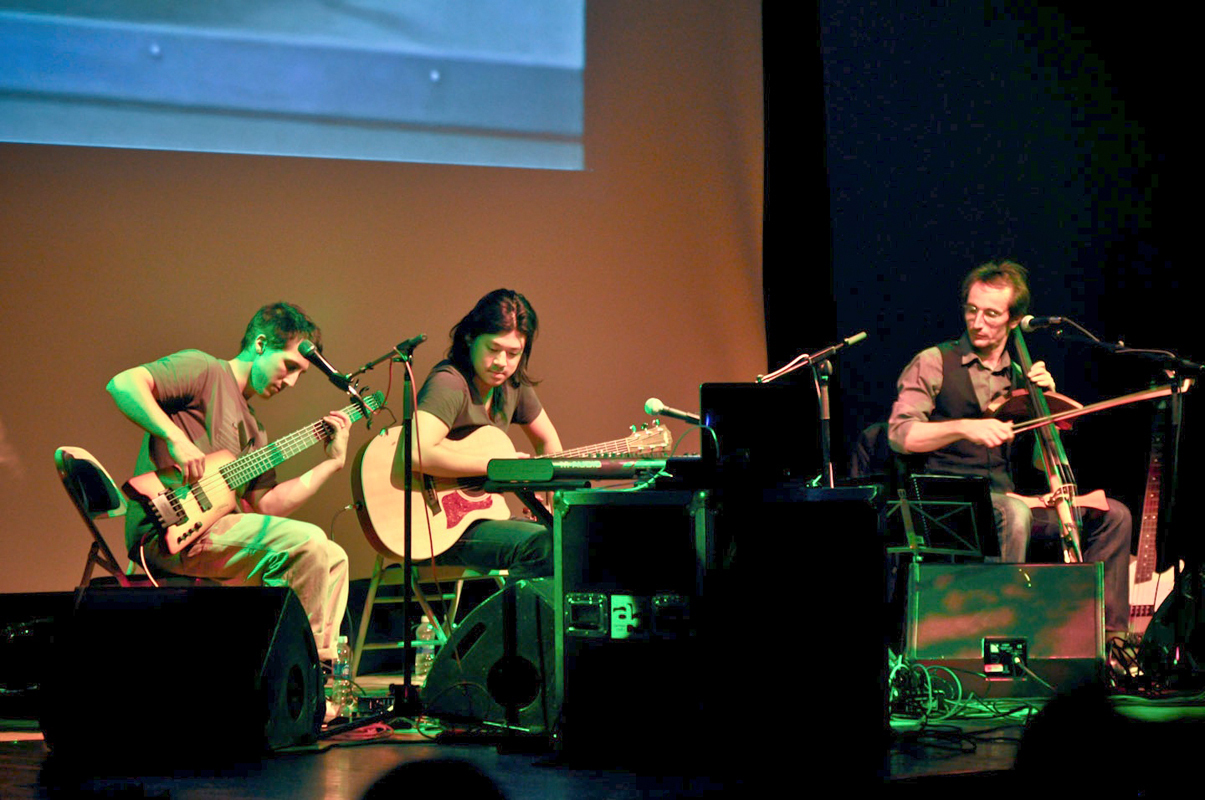 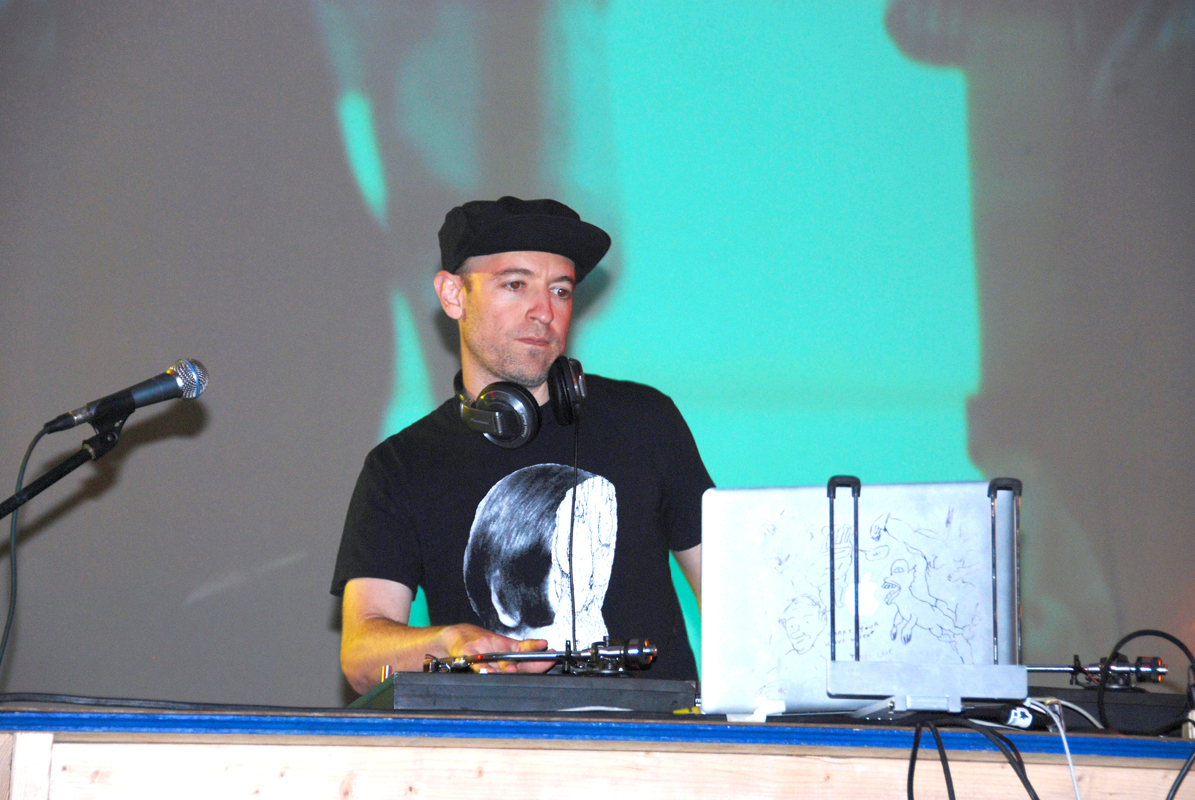 Sutekh, a DJ from the San Francisco Bay Area, played a danceable set at Saturday’s after-party that kept the crowds on their feet. (credit: Courtesy of Adria Spivak)

As you may have seen on the internet or in this week’s Forum section, Pittsburgh is now considered a hip city (at least according to one media outlet). Despite students’ and other young people’s moaning and groaning about the lack of things to do or places to go, there’s actually a lot going on in the Steel City. This is especially true for the local music scene — a scene that seems to be growing every day.

From house and techno to classical and opera, every sector of the music world has a presence here. The Pittsburgh Symphony Orchestra (PSO) is world renowned and brings incredible soloists to the city each season. The Smiling Moose and 222 Ormsby consistently bring small metal and punk shows to the area, and venues like brillobox and Mr. Small’s Theatre bring bigger indie-rock shows. No matter what neighborhood you go to — from Lawrenceville to the South Side to Downtown — or what type of music you listen to, Pittsburgh’s music scene is quickly expanding to fill all of your live music desires.

A small but vibrant community surrounds Pittsburgh’s burgeoning electronic, house, and techno scene. With the start of the VIA Music and New Media Festival in 2010, Pittsburgh put itself on the map as a city with a real audience for these types of music. Since then, other smaller events have been popping up all over the city, including, most recently, a monthly house DJ event hosted by Humanaut called Out of Order.

Juan Lafontaine, a WRCT community DJ and one of the founders of SwitchboardPGH, a website that tracks upcoming music and art events in the area, said, “Between VIA, Humanaut, random people here and there, and just in general how DJs, techno, and house are all becoming a little more mainstream and acceptable on a regular basis ... it’s allowing more DJs to be invited to Pittsburgh for concerts and shows.”

He continued, “Pittsburgh is starting to get that name for itself — in the sense that DJ, house, and techno live in Pittsburgh, as well. And once people realize that Pittsburgh has a scene for that kind of music, then more and more things are bound to happen.”

VIA isn’t the only event bringing DJs to Pittsburgh. Venues like the Shadow Lounge in East Liberty, Belvedere’s in Lawrenceville, and the recently opened Static in the Strip District are all hosting DJ events on a regular basis.

Pittsburgh may be more of a city for DJs than bands, but that doesn’t mean that good bands don’t come here. It’s true that Pittsburgh isn’t an indie-rock lover’s ideal city: Too far from the coast to be a part of the main East Coast indie circuit and not quite large enough to be a destination city for artists, Pittsburgh is often overlooked. It’s important to give credit where credit is due, however. Venues like Mr. Small’s, Stage AE, brillobox, and Altar Bar do bring some quality acts to the city, and college students take advantage of the limited offerings.

As major consumers of music and frequent concertgoers, the large student population in Pittsburgh helps fuel the indie-rock music scene. Amy Cooper, marketing director at Stage AE, has seen firsthand the way the indie music scene has grown over recent years. “It’s just something that’s sort of caught on and it’s stuck. There have been a lot of artists that have come out and have done the same genre of music, and people just seem to really connect with it,” she said. “[The music scene has] even grown from where it was a year ago, so I think it’s going to continue to be really big.”

If you haven’t explored Pittsburgh’s music scene in the past and are interested in it, this spring is the perfect time to get out there. Within the next three months, Blind Pilot, Big Gigantic, Dr. Dog, and The Kooks are all coming to Mr. Small’s in Millvale; Grimes and Cloud Nothings are coming to brillobox in Lawrenceville; and countless other bands are playing at Club Zoo, Club Cafe, and Altar Bar, among other venues.

For classical music fans, the PSO is a major benefit of living in Pittsburgh. Founded in 1895, the top-notch orchestra puts on phenomenal performances nearly every weekend, often with impressive guest conductors, soloists, and special festivals. The PSO has played a significant role in developing Pittsburgh’s cultural scene.

In the fall, the orchestra brought some big names to Pittsburgh, including violinist Anne-Sophie Mutter and cellist Yo-Yo Ma. This spring, you can look forward to more outstanding guest performances and, as always, hearing all of the classics from the PSO: Brahms, Mozart, Mendelssohn, Haydn, Wagner, and more. All PSO performances are held at Heinz Hall in downtown Pittsburgh, and you can find more information about student tickets on the PSO’s website.

Pittsburgh is also home to an impressive opera company. This spring the Pittsburgh Opera is presenting Engelbert Humperdinck’s Hansel & Gretel, Giacomo Puccini’s Tosca, and Wolfgang Mozart’s The Abduction from the Seraglio.

If you’re sitting there thinking, “All of these places are at least a bus ride from campus and it’s way too cold outside for that,” no need to worry. There’s a lot going on right here on campus. The Activities Board (AB) has four committees committed to bringing a wide range of music to Carnegie Mellon, both in genre and concert size. Each of the AB committees brings live shows to campus every semester, and WRCT, the campus radio station, hosts a spring dance party every year that features student DJs.

In the past, the AB committees have brought The Black Keys, Tokyo Police Club, Guster, The Books, and many others to campus. “I think we do a pretty good job of putting shows on across the campus and bringing diverse entertainment to campus,” said Adam Kriegel, a senior electrical and computer engineering major and president of AB. “We have at least two shows per month between the Underground, Skibo, Coffeehouse, and Concerts, and I think that’s pretty good when you consider the campus size.”

Kriegel noted that indie acts, in particular, find Carnegie Mellon’s campus a welcome place to play. “I think because they know Carnegie Mellon as kind of a nerdy school, and I think there’s also a hipster thing tied to the university, so people think it’s going to be the hip, cool place to play,” Kriegel said. “So bands are always excited and usually not disappointed.”

AB Skibo works to bring local artists to campus. You can look forward to hearing Jeremy Sessa, Sleep Experiments, Tim Ruff, and Jeremy Colbert all in the next few months. AB Underground also hosts smaller artists, including Chris Frasco, who will be playing this week. Celine Berger, a sophomore in the Dietrich College of Humanities and Social Sciences and the co-chair of AB Underground, said, “For the Underground, we try to bring in more acoustic shows because of the sound constraints, and the actual venue can’t really handle bigger acts.”

Small acts are happy to come play, however. Berger noted, “A lot of people that we book contact us first.”
Additionally, the School of Music frequently hosts both student and guest performances in Kresge Theatre, in the College of Fine Arts building. The spring semester is always full of senior recitals, so keep an eye out for promotional posters around campus.

With so much going on both on campus and in the community, it’s easy to see why Pittsburgh is considered a hip city. The DJ, house, and techno scene is blowing up, indie artists are starting to see Pittsburgh as a city worth playing, and there’s a consistent demand here for quality classical music. So if you’re looking for a good way to spend an evening, venture out and see who’s playing. You can go downtown, to Lawrenceville, or even stay right here on campus — wherever you go, you’re sure to find what you’re looking for.