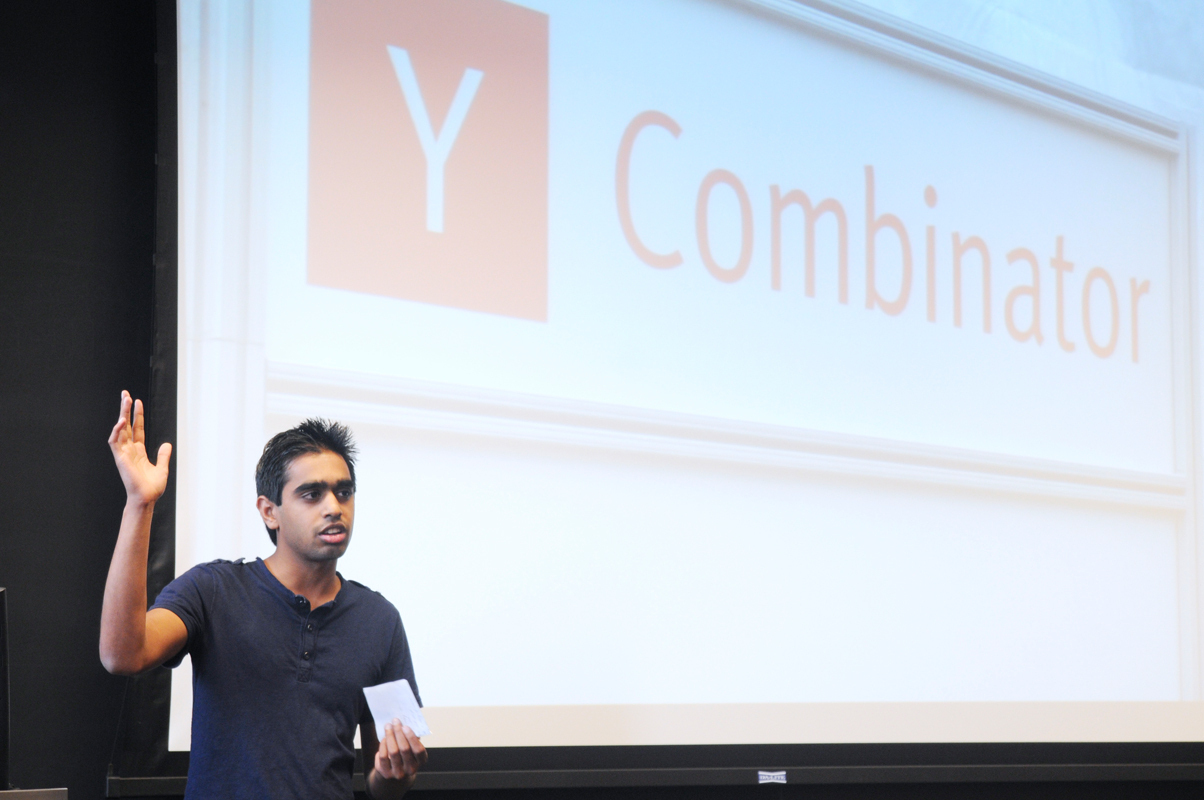 With the EOC, TOC, and BOC on campus last week, Carnegie Mellon students heard a great deal about future careers and opportunities. While many larger and more well-known tech firms were offering soon-to-be graduates lucrative deals, a startup company called Mixpanel was sending a different message. Mixpanel members hosted a talk titled “Why to Join a Startup over Google” in Gates Hillman last Thursday. Symbolically held across from a Google recruitment lecture, the Mixpanel event drew roughly 40 people and was conducted in a casual format, allowing for questions throughout.

Presentations were given by Mixpanel CEO and co-founder Suhail Doshi, as well as current employees and Carnegie Mellon alumni Anlu Wang (SCS ’10) and Raymond Lu (SCS ’11).

Doshi began the talk by remarking upon the intensive interview processes conducted by companies such as LinkedIn and Google, and contrasting it with the practices and atmosphere of smaller tech businesses. Inspired to create his own company after seeing a Business Week article featuring Digg founder Kevin Rose, Doshi began “trying to create something of value” as opposed to being just another “cog in a machine.” After some failed ideas and a stint at the technology company Slide, Doshi started Mixpanel in 2009.

Mixpanel provides an analytics service, geared toward website and application developers, with the goal “to help the world learn from their data,” according to its website. This service provides customers with live statistics and feedback on their applications and website, providing information on use, popularity, and other important metrics of a healthy tech product.

Since its inception, Mixpanel has garnered a fair deal of attention, with venture capital firms Y Combinator and Sequoia Capital investing in its development.
In addition, Doshi and co-founder Tim Trefren have also attracted funds from individuals such as PayPal co-founder Max Levchin, Bebo co-founder Michael Birch, and Square Chief Operating Officer Keith Rabois. Doshi paid special homage to Y Combinator in his talk, describing them as “[a] college for building a company,” and proceeded to note the value of their tutoring and workshops for startups accepted to their program.

Wang continued the lecture by expounding upon the business atmosphere in Silicon Valley and the options for a recent grad seeking employment. Lamenting that “you never get to hear from the lowly startups of Silicon Valley,” Wang recounted his experiences from a summer 2010 internship at Google by saying that they allowed you to “work on paradigm-shifting products which would let you change the world ... by working on the ‘save’ button.”

Continuing this line of thought, Lu concluded the talk by emphasizing the breadth of activities one could undertake as an employee. After giving a technical overview of Mixpanel as an analytics service, he announced that he was “working on the most important part of Mixpanel four months after graduating from Carnegie Mellon.”
Throughout the presentation, however, the speakers also acknowledged the difficulties and challenges of working for a startup. “I worked 18 hours a day, seven days a week, in the most boring place in California,” recalled Doshi, speaking of his first years on the job.

He also proceeded to concede that “startups will have hard times,” particularly when addressing funding issues. This idea had been echoed previously in the talk when Doshi asked the crowd what defined a startup, receiving “a company that needs money and programmers” as the main response.

Overall, Mixpanel’s presentation and presence on campus was well received. Students such as Matt Bauch, a senior electrical and computer engineering major, called its presentation “interesting and inspiring.” While working for a startup may be, as Wang stated at the TOC, “not heaven on Earth,” it is certainly a growing workstyle, and one which Mixpanel members hope future graduates will choose over employment at a larger company.