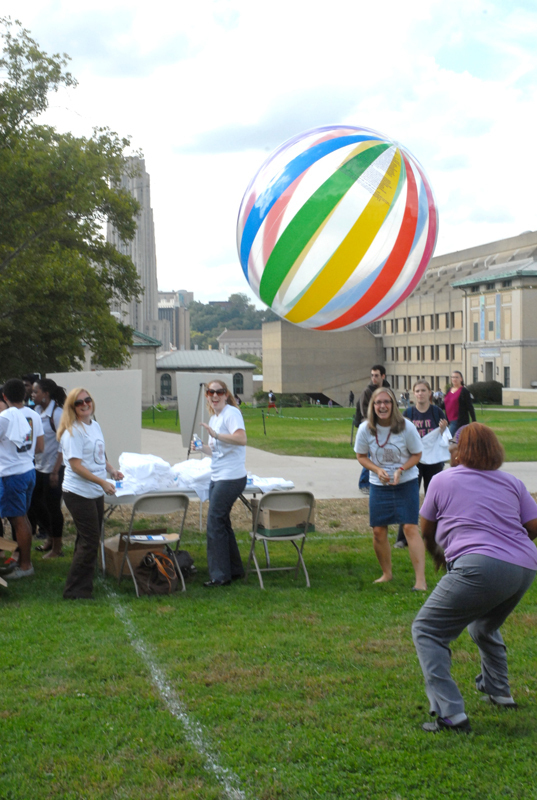 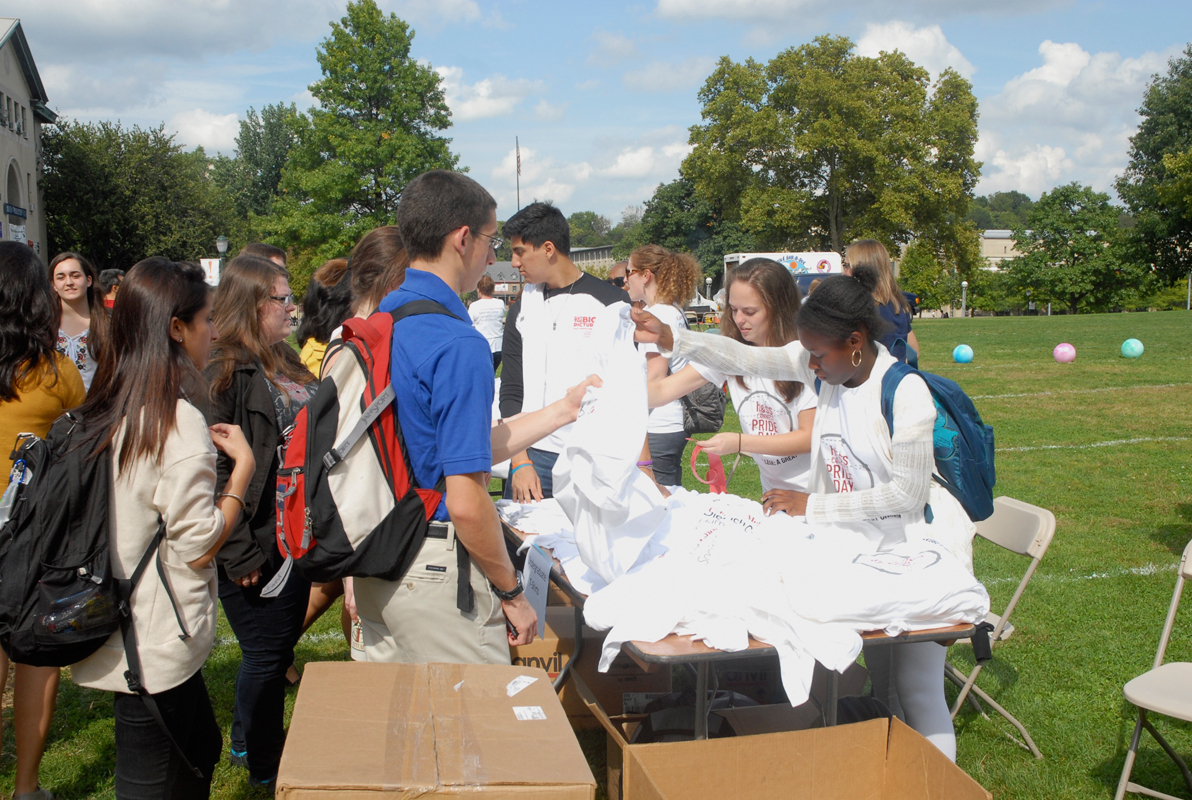 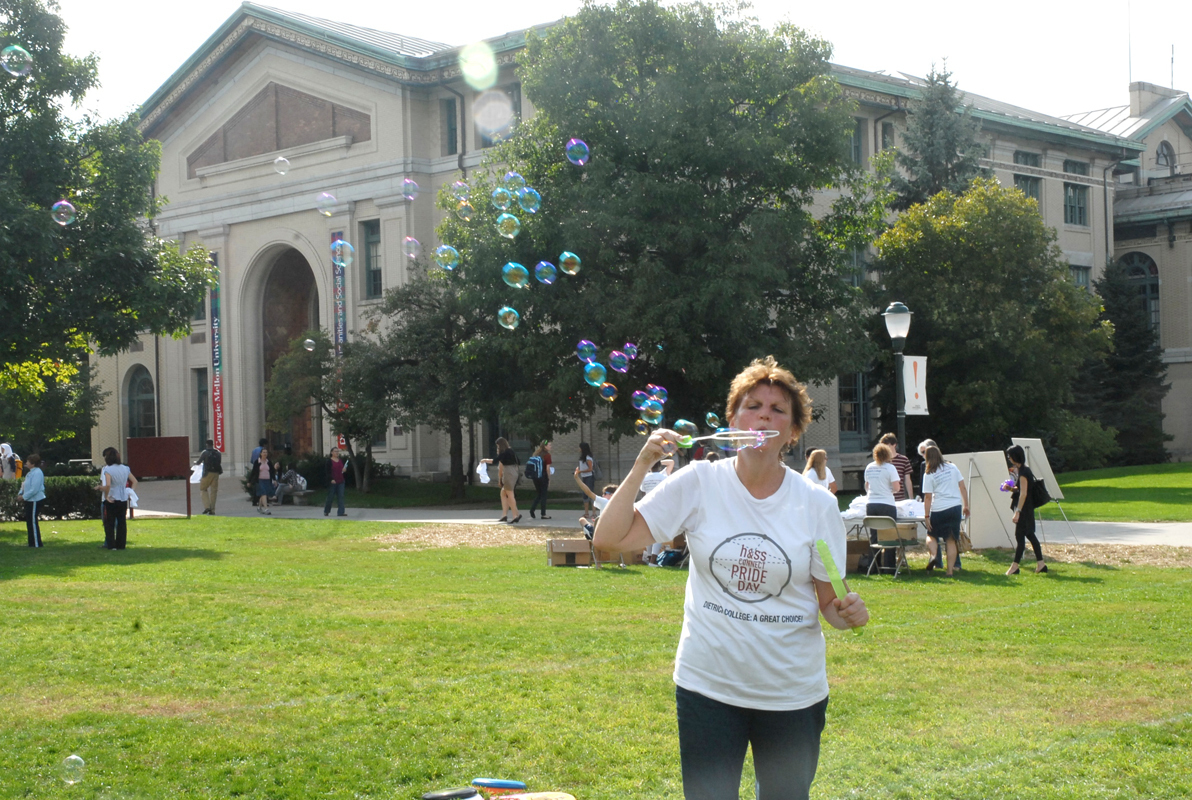 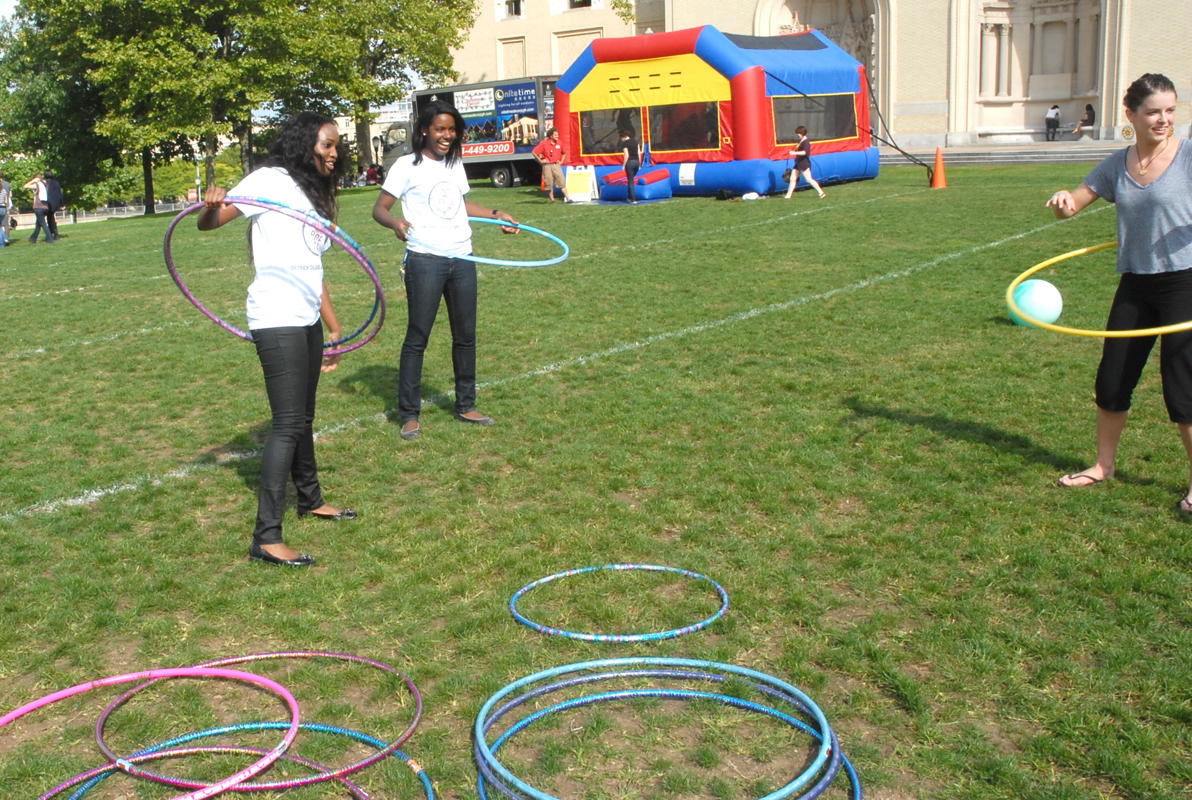 Tie-dyeing, free food, balloon animals, music, and free T-shirts were among the offerings at the first Dietrich College Pride Day, held last Wednesday on the College of Fine Arts lawn. The Dietrich College of Humanities and Social Sciences Pride Day was intended to encourage H&SS students to interact with their academic peers, as well as raise awareness of their presence on campus.

H&SS Dean John Lehoczky reflected on the personal excitement he felt on Dietrich Pride Day. “The students are phenomenal! It was wonderful to see everyone get together,” he said.

Organizing a pride day event was an idea that H&SS Connect — a group that organizes events for Dietrich College — had envisioned since the group was founded in 2009 by Nicole Ifill, a senior double major in information systems and human computer interaction. According to Ifill, she was inspired by the idea that since there is a variety of programs and majors in H&SS, it can be difficult for students to familiarize themselves with their peers within the same college.

“[Dietrich Pride Day] was a great success ... and I would definitely hope it would become an annual event,” said Ifill.

Dietrich College’s Academic Advising Center (AAC) staff spearheaded H&SS Connect and the development of Dietrich Pride Day, which they had been planning since last semester. Gloria Hill, assistant dean and director of the AAC, and Gary DiLisio, academic adviser in the AAC, were the main administrators who worked on the event. “We were pretty pleased with the way it turned [out],” DiLisio said. “I was blown away to see some of my advisees demonstrate their talents.”

Hill also added, “Since 2009 we had this idea to try to host an event that would better establish a strong bond among the students in this diverse college, and we really wanted the faculty and staff to be included. It was nice to see so much Dietrich pride.”

What is now known as the Dietrich College was established in 1969 and is the second largest college at Carnegie Mellon. It offers more than 60 majors and emphasizes interdisciplinary academic development.

Although the event began as H&SS Pride Day, it ended up as Dietrich Pride Day. The plans for this event began prior to the announcement of Dietrich’s gift and the college’s new name, which were well-kept secrets until Sept. 7. Dietrich Pride Day was, nevertheless, met with curiosity and interest from students who attended. “The students’ performances were wonderful. It was unusual for a pride day [to have students perform],” said Tyler Dossett, a junior psychology major.

Attendees noted that the stations for the activities were spaced in an impractical manner on the College of Fine Arts lawn, an issue that Hill recognized. She said that she has learned from the experience and will do things differently next year. “It was a little loose, and not too structured. But we were happy with the result,” Hill said. She also went on to mention that “dividing the responsibility” was an important aspect of planning that she learned must be done next time an event like this is executed.

According to attendees, the free food offered ran out about a third of the way into the event. Rene Cuenca, a first-year majoring in policy and management, said, “There was no way of telling who was in Dietrich and who was not.” He went on to comment that throughout the event there was a consistent lack of student participation, which would have strengthened the event and given it a better impact.

Dietrich Pride Day was a learning experience for DiLisio and Hill. In sharing their experiences, they each seemed to allude to future Dietrich College Pride Days, suggesting that it may become an annual event.