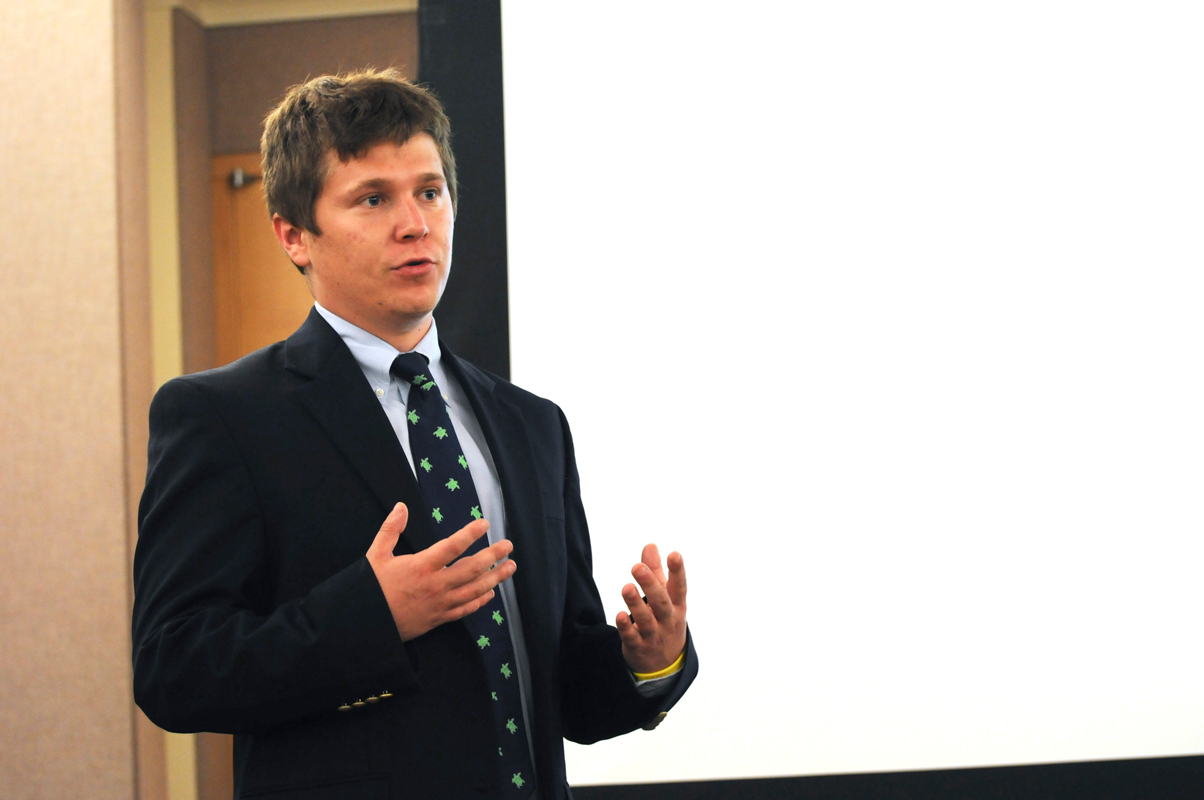 Initially colonized on Carnegie Mellon’s campus in 1917 and kicked off in 2005, the Delta Upsilon fraternity is returning to the university and opening a new chapter this year. Representatives from the Delta Upsilon International Fraternity Headquarters will be on campus for the next five weeks and will be recruiting and holding information sessions for men who have a desire to be founding fathers.

“We are on campus every day meeting students and looking for a group of diverse, self-driven gentlemen who are looking to bring a unique experience to Carnegie Mellon University,” said Stephen DeCarlo, a Delta Upsilon leadership consultant. “We are looking for men who want to be part of a fraternity committed to ‘Building Better Men’ for a global society through service, leadership development, and the lifelong personal growth of a diverse membership.”

An advisory board of eight people will help support the new founding fathers, in addition to acting as personal mentors for each undergraduate officer. Also involved with the new chapter will be the Carnegie Alumni Chapter, which has a nine-member executive panel and more than 800 living alumni who are industry leaders all over the globe.

Delta Upsilon has a long history on campus. Alumni from the Carnegie Mellon chapter include former Carnegie Mellon President Richard Cyert, members of the board of trustees, and current and former faculty members in every department. The fraternity was removed from the Greek Quadrangle and deactivated in 2005 after risk-management problems and a disciplinary ruling. After a six-year leave of absence, the Delta Upsilon fraternity plans to return this fall with renewed commitment to the mission and principles of the organization.

DeCarlo notes that recolonization of the chapter will create a unique addition to the fraternity and sorority community at Carnegie Mellon. “The new members will be able to rebuild a chapter with almost 100 years of history and make it what they want,” he said.

Matthew Biegler, a senior materials science and biomedical engineering double major and president of the Carnegie Mellon Interfraternity Council 2011 executive board, explained, “Any time a new chapter has expanded onto campus, we have seen increased interest in Greek life and a renewed fervor in fraternal values.... The Interfraternity Council is absolutely in favor of expansion, be it by returning fraternities or new organizations starting up for the first time. We have seen the outcome of this in the past few years with only good things to say.”

“Greek life has made me a more organized, empowered, and passionate individual,” Biegler said. “Being in a fraternity has given me the tools to be a socially excellent and responsible leader and doer.”

Delta Upsilon will be the second new fraternity chapter on campus within the past year. Sigma Chi opened a chapter at Carnegie Mellon in the fall of 2010. Andrew Hudson, a sophomore materials science engineering major, is a founding father of Sigma Chi. “Filling the void for an organization that is proactive within our campus and will also last for many generations to come is a great experience,” Hudson said. “It’s good to be a part of a founding fathership in which you feel tight with the brotherhood and will maybe even have grandchildren that join someday.”

Other members of the Carnegie Mellon community also believe that the colonization of Delta Upsilon will have a positive impact. Bennett Kriete, a sophomore chemical engineering and engineering and public policy double major, said, “I think it’s good a new [fraternity] is being colonized and giving incoming freshmen a good leadership opportunity.”

Information sessions for male students interested in Delta Upsilon will continue from Sept. 27 through Oct. 13.