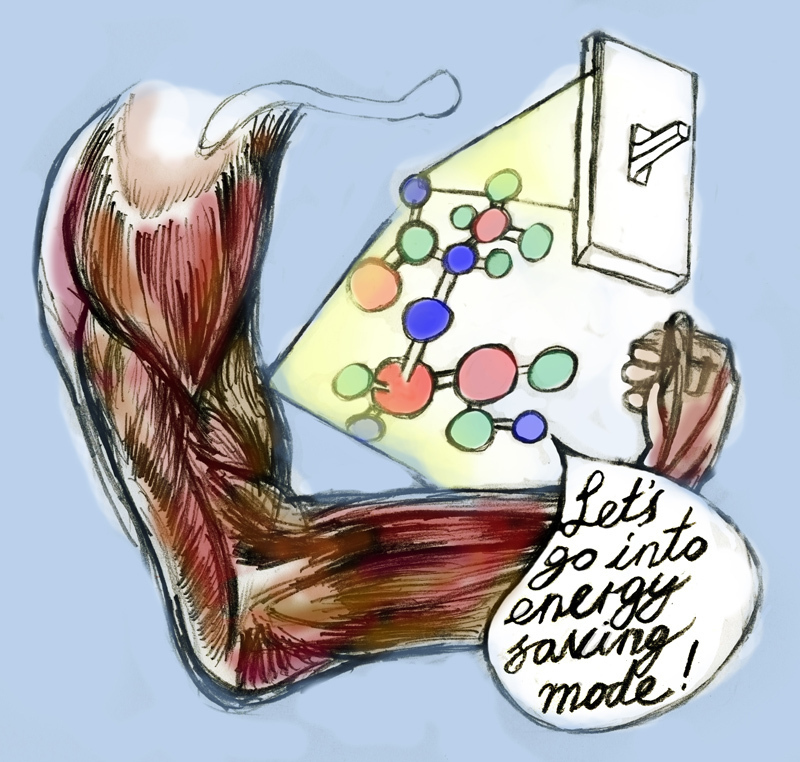 Cells inside our body come in a wide variety of sizes, ranging from billionths of meters to meters in length. Since cells need to transport molecules in different parts of the cell to survive, it is essential for molecules to be mobile within the cell. This is particularly important in neurons, some of the longest cells in the body, which can span a meter or more. A group at Carnegie Mellon headed by David Hackney, professor of biological sciences in the Mellon College of Science, has recently uncovered some insight behind one of the main molecular motor proteins that aids in molecular transport within the cell.

“Molecular motor proteins play a major role in all eukaryotic cells, but they are particularly critical to nerve cells,” Hackney stated in a press release. “Nerve cells have this special problem where proteins, such as receptors for neurotransmitters, get synthesized in the cell body and have to be shipped all the way down the [length of the neuron]. Problems in this transport system may play a role in a number of neurological conditions.”

Hackney said that these motor proteins “are found in almost all eukaryotic cells: anything with a nucleus.” This means that transporter proteins are something absolutely essential for any cell to function or the organism does not survive. Threrefore, understanding the structure of Kinesin-1, one of the main molecular motor proteins, and its biochemistry may be a stepping stone in the modification of these proteins for the benefit of human health.

However, keeping cell proteins fully functional all the time would be a waste of energy as well as space inside the cell. Therefore, cells regulate the proteins in different ways in order to conserve energy. Kinesin-1 is normally kept “turned off” by the cells. This means that the protein is wrapped in such a way that it stops moving and ceases transporting molecules across the cell. When a cell needs the protein, it triggers the turning “on” of the protein by having it unwrap from its folded form.

This wrapping and unwrapping is important in terms of cellular function — too many activated Kinesin-1 proteins will cause molecules being created to continuously be transported, thereby creating an imbalance of molecules in different parts of the cell. Because of this, the cell keeps the proteins in a wrapped “off” position where they cannot move until it actually needs them. Currently, researchers are interested in the biomolecular processes behind this wrapping — what exactly is going on when the protein is in this “off” position?

Hackney’s associates, Hung Yi Kristal Kaan and Frank Kozielski at the Beatson Institute for Cancer Research in Glasgow, Scotland, used a technique known as protein crystallization to view the Kinesin-1 protein, which contains two heads and two tails, confirming that one of the protein’s tails was bound to the protein’s two heads when the protein was not needed for molecular transportation within the cell (when it was in the “off” position). Using that information, Hackney’s group began proposing theories on exactly how the binding was occurring such that the entire protein was inhibited.

According to the group’s study, which was recently published in Science, the two motor domains in the heads of Kinesin-1 are rotated “toward each other to be bridged and cross-linked by a single tail peptide.” In this idea that they named “double lockdown,” one of the tails binds to both the heads, preventing the heads from separating. In order for the protein to operate, the heads must be separate to use the cell’s energy and power the motor. Therefore, Kinesin-1 is in an “energy-saver” mode when it is wrapped.

This novel model for the inhibition pattern for Kinesin-1 needs to be investigated further, which is what Hackney’s group is working on now. Since so many neurological diseases have a basis in the motor proteins working incorrectly, finding out the molecular mechanics of the proteins can be the first step in perhaps one day fixing the deficiencies and removing the neurological diseases completely.